I'd love to join the Cyberdunk party and just have endless clips of cars flipping out in suddenly chaotic and glitchy crashes, NPCs bare-ass T-posing through the tops of their rides, and Johnny Silverhand ("Wake the f--- up, samurai!") doing a vigorous set of unintentional squats on a chair during a deeply moving story beat.

But I don't. Things are kind of going okay. I'm on PC, and I've updated this rig to as recent as one- or two-year-old components only within the last couple months. I'd like to say I'm one of the lucky ones when it comes to relatively smooth Cyberpunk 2077 gameplay, but it's not luck. It cost more than I'd like to admit. More than just buying a PlayStation 5 or Xbox Series X would've cost, so we'll just leave it at that. Even then, it's not like having the best PC on the planet would get you past the pervasive bugs that exist in the, no doubt, complex game world of Cyberpunk.

Sounds like things are rough out there in launch PS4 and launch Xbox One land. Developer CD Projekt RED, first and foremost, apologizes for not showing any gameplay footage of those two now-last-gen consoles before Cyberpunk's launch. Too many bugs. Too many crashes. The devs are working on it. Here's their official statement. They want to have made a good game for every platform it's out on. Fixes are coming to all platforms, but they acknowledge how much work has to be done on the older consoles. They're also offering straight-up refunds to folks on console, but are also hoping you'll stick with them through the fixes. Personally, I'm going to mentally shift gears and treat this like it's an early access game for the next year or so. Kind of like how I did with No Man's Sky, another game that clearly launched before it was ready. Then just letting the devs put their noses to the grindstone and doing the hard work of polishing.

Our own review is on the way. Our reviewer is playing on a PC, but that doesn't mean smooth sailing. He's been logging the number of crashes he's experienced, too. We're not exclusively reviewing the game's performance, but the game's performance is certainly a part of the review. Thankfully, we have the benefit of getting a couple patches and hotfixes into the mix. Should fix some things up. But we can only review the game we were given, and if crashes to desktop are part of that experience, then we'd be failing in our duties as game reviewers if we let it slide without a word.

Don't get me wrong: earlier, when I'd mentioned that things are going okay, that doesn't mean I haven't been without my fair share of bugs in general. When I come down the elevator and step out onto the street from my Night City apartment, traffic will always be clogged for some reason. Either the lead driver is inexplicably stopped in the middle of the road, or a pedestrian is fearfully crouching in a crosswalk and not moving another step, or a car is just sticking halfway out of the pavement and causing a traffic jam that way. My hairstyle can disappear when I look in the mirror, sellable junk on the streets is jumping around or won't let me pick it up, or start-of-mission musical triggers keep popping off even after I've cleared the mission. There's stuff. I'm certainly experiencing it. But I've yet to get a full-on crash or hard freeze at any point, so I'm taking it in stride.

Stay tuned. Our full review is on the way. But no doubt we'll have little stories to tell along the way, minus any final score attached to them, because it's obvious there's something special about Cyberpunk 2077. Just need to get some of the rough off this diamond. 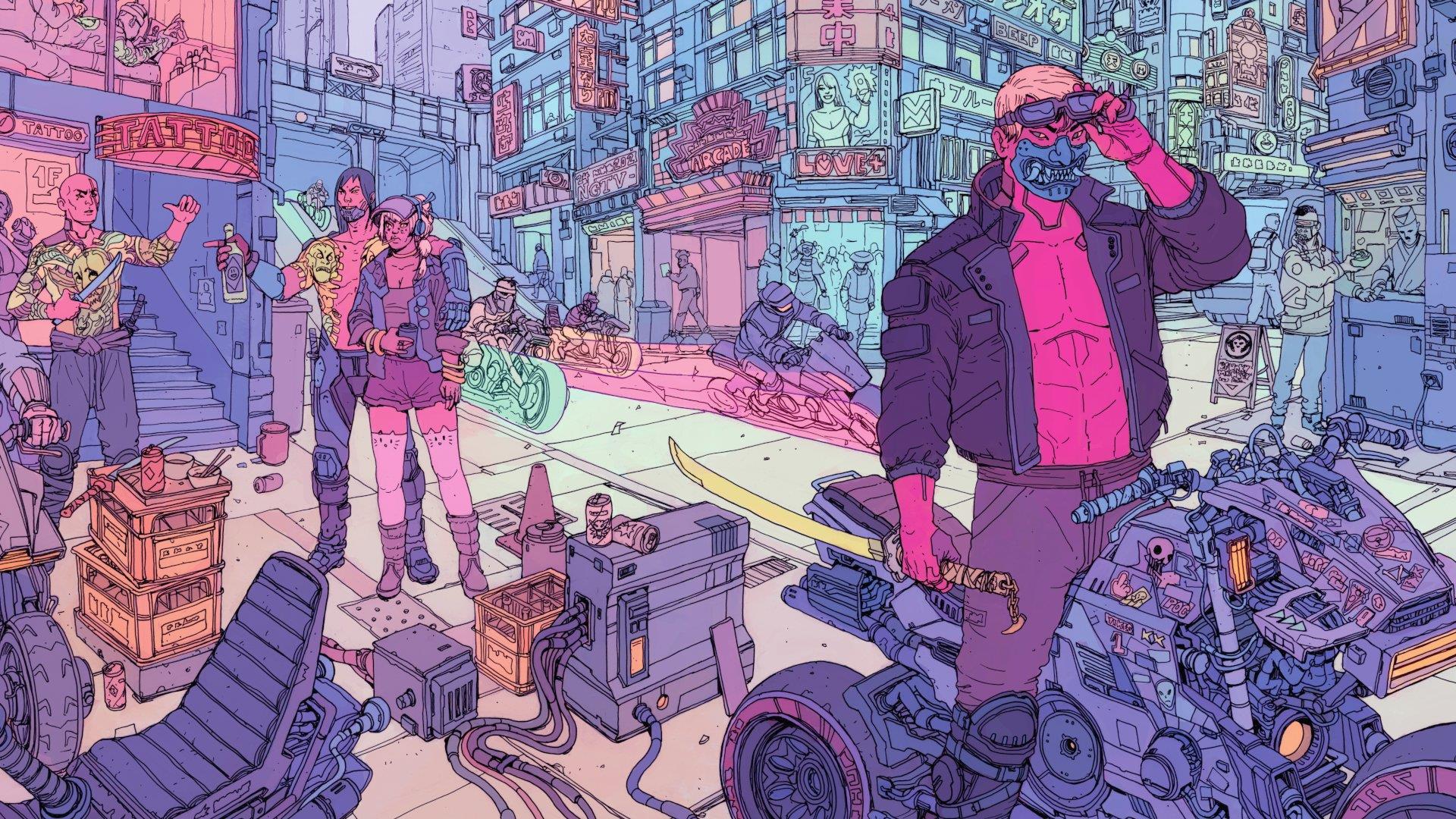