I regret my foolish choice of fingernails in Cyberpunk 2077

Like much of the gaming community, I love a good character creator. Even in games like Fallout 4, where I rarely see my own character, I spend a ton of time fussing over what my character looks like before setting out on my journey. I can't tell you how many games I've started, spent an hour on my character, and then never played. I just like to make 'em.

Cyberpunk 2077 has a remarkable character creator. Not only do players get to choose what their characters look like, they get to deck them out in weird tech, putting inlays on their faces and bodies, then splattering them with tattoos and piercings. It's a lot of fun.

For my version of V, I tried to create a character that was aloof and cool. Pretty, but not so pretty as to be unapproachable. Clean, but with just enough touches to show that she can get dirty when she needs to. Wire thin, but capable of strength when needed. A no-nonsense character that might intimidate others by how much she hasn't been altered. I wanted my V to look expensive, but hard. A woman that people might like, but who is clearly not to be messed with. 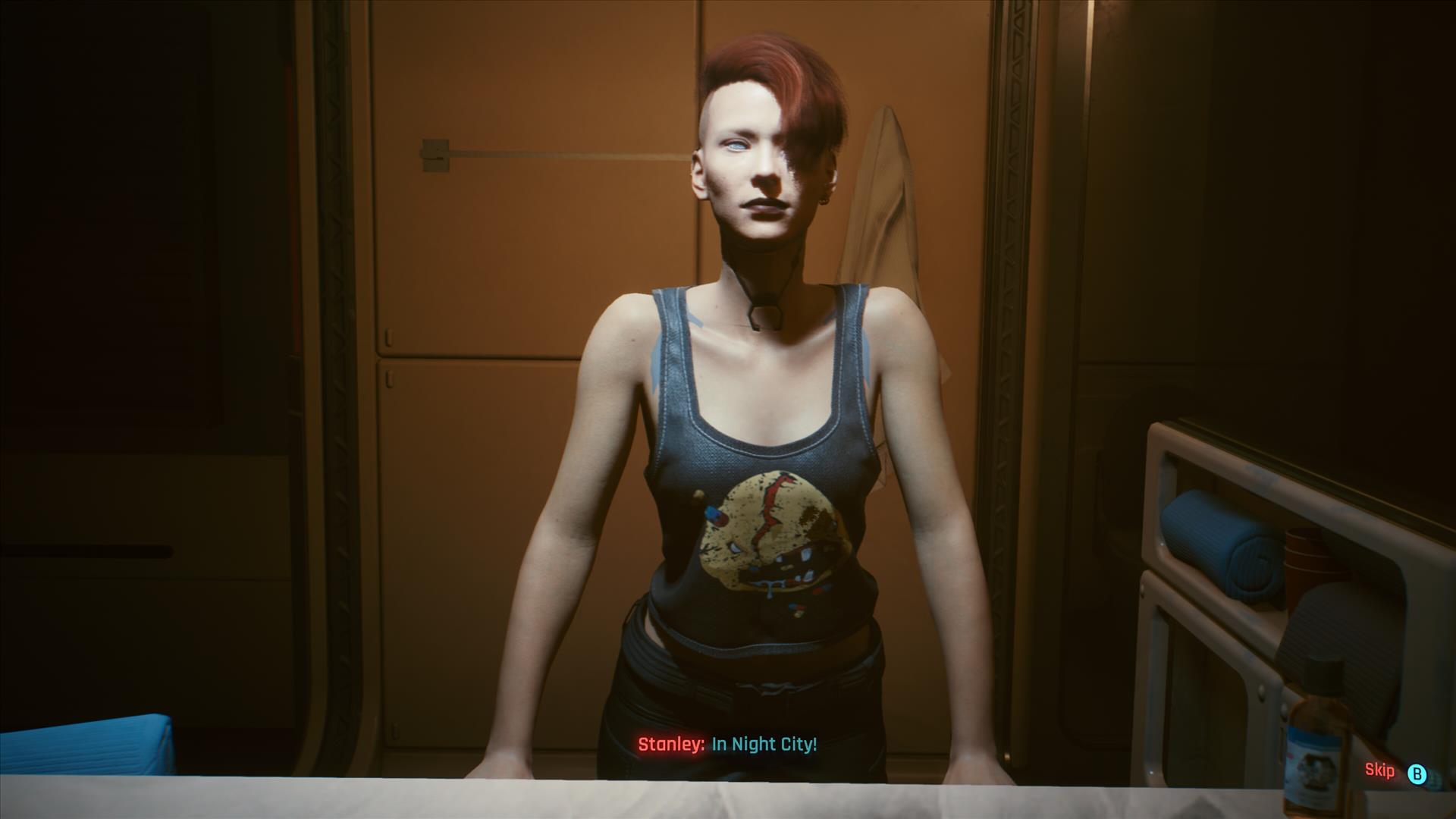 I spent about 45 minutes messing around with the settings (not counting a five minute break I took to distract my daughter after she walked in on me fussing with V's nipple size. Sigh.) I turned off a lot of the options - pleased with the ability to keep my V clean and cool. I was anxious to start the game, so I went ahead and clicked through to the opening. And almost immediately regretted these bull-crap fingernails I selected: 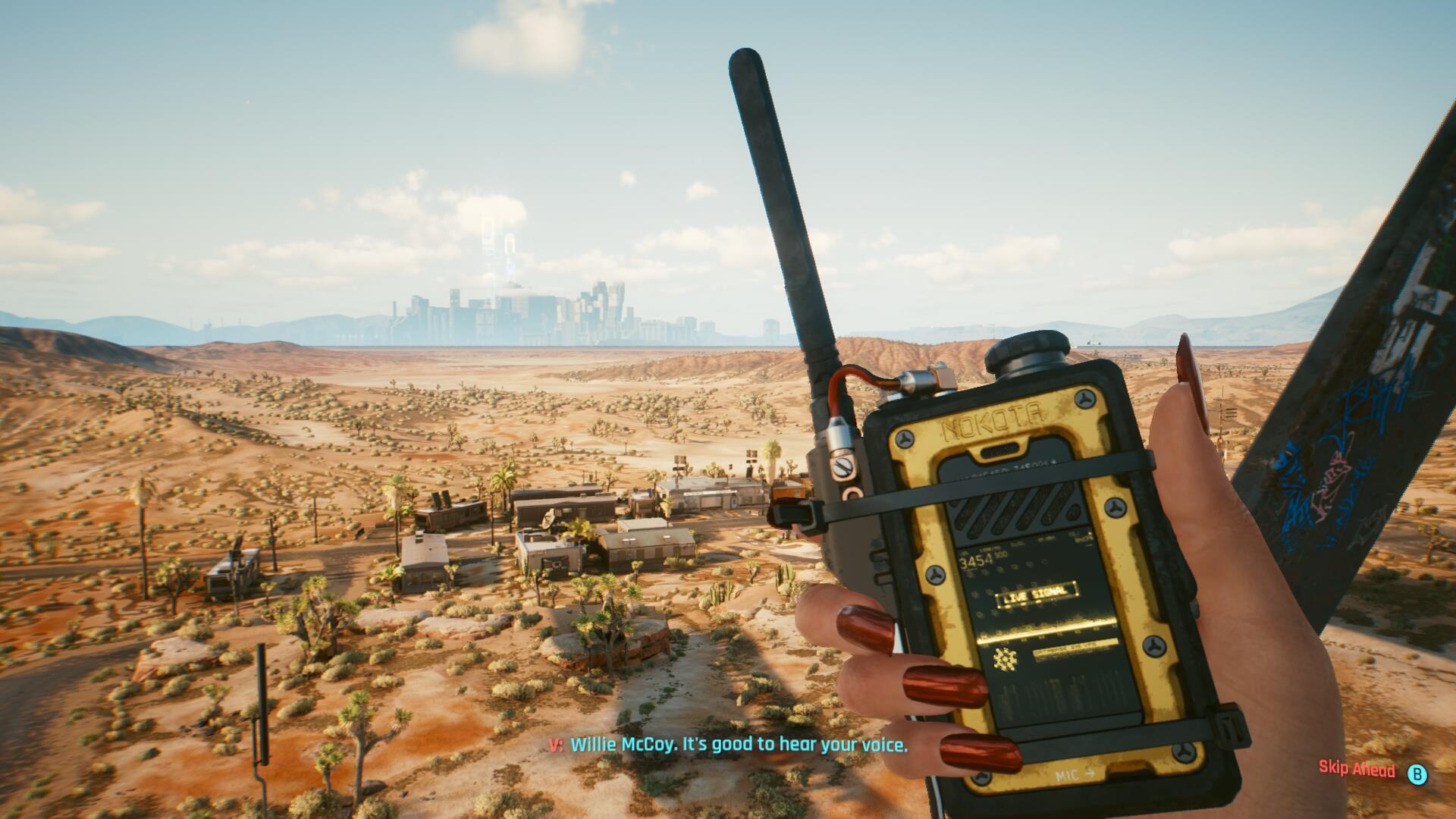 Seriously. What the hell is that? I figured that my choice of fingernails would be inconsequential. I just clicked on "Long" and match the color to the palate that I had chosen for V. But then when I started the game, I ran into this scene in the first five minutes, and hated these fingernails.

My V is a nomad. Her first act in Cyberpunk 2077 was to push a mechanic out of the way to fix her own engine. She is desert dweller who has somehow managed to stay mostly unsullied by the dark world around her. But these fingernails? All wrong. My V would never have these weird perfectly shiny nails. I spent a ton of my life working retail, and I can attest that in a career where you use your hands, your fingernails become tools. You use them to pry, twist, and rip. I've screwed in screws, smashed pegs into holes, and peeled up I-can't-tell-you-how-many stickers. My V is a worker, and she should have short, raggedy nails. These fancy nails are a terrible blight on her otherwise majestic frame.

I haven't run across a place to alter my appearance yet in Cyberpunk 2077 - it's still early days for me. I'm a player this time around, not a reviewer. I can take my time. But I can tell you that I am in a mad rush to get far enough into the game to ditch these fingernails. As soon as I get the option, this nonsense is gone. I regret making such a foolish choice, and if V were a real person, I would apologize to her. I know she hates them, and I will remove them as soon as I am able.

Cyberpunk 2077 is now available on PC, Stadia, PS4 and Xbox One. Next-gen upgrades are coming somewhere down the line.