Destiny 2: Beyond Light finally welcomes Hawkmoon home, and it's more random than ever

We've long known that Hawkmoon, one of the franchise's most iconic guns, would be showing up in Destiny 2: Beyond Light. It finally arrived this last Tuesday, and in style.

Usually, when an exotic quest goes live in Destiny 2, most people bang out the quest in record time and earn the new exotic on the roster. Normally, that quest is a check list of killing things and doing activities and rarely will an exotic quest go live with a new playable area and amazing story content.

Hawkmoon's quest might very well be the best non-Whisper and non-Zero Hour exotic quest in the game since launch. It has story with some actual voiced dialogue, some new playable areas within old locations, Easter eggs, and even the traditional checklists of things to kill in certain activities. As a whole, the exotic quest felt like a story mission that was added, with a bonus reward as an exotic.

That's not to mention the gun itself. I haven't used Hawkmoon much since earning it, but the gun is completely different to its original Destiny version, and yet still randomly unique. It is the first exotic weapon in the history of Destiny to feature random rolls. Yes, you read that right.

The gun will always roll with the same exotic perk, but the barrel, grip, and other column options have a chance to roll random perks from a set pool. Unfortunately, at the time of writing, there are no means of obtaining the random rolls. The chances are that it's a quest related to the one where players initially obtain the gun.

Community reception to the gun's new form was initially frosty, but players and streamers alike have started warming to it as they've had a chance to use the gun. It might not be the same Hawkmoon it was before, but Bungie have definitely given us a weapon worthy of the "exotic" tag once again this season. 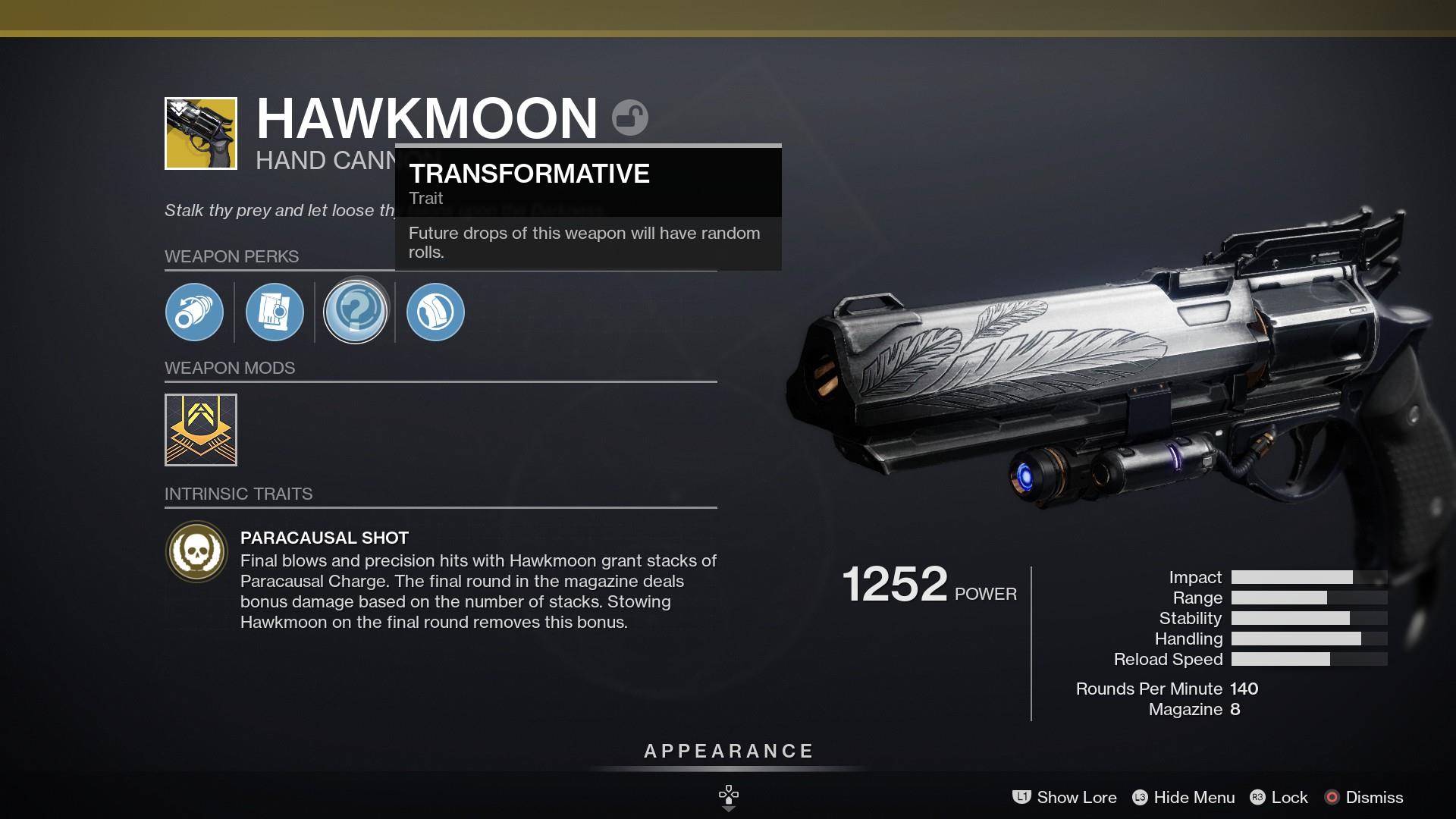