and with that, the entire Kiryu saga will be available on Gamepass. The only two that aren't available would be Yakuza: Like a Dragon which was just released about a month ago and the spinoff game Judgment. 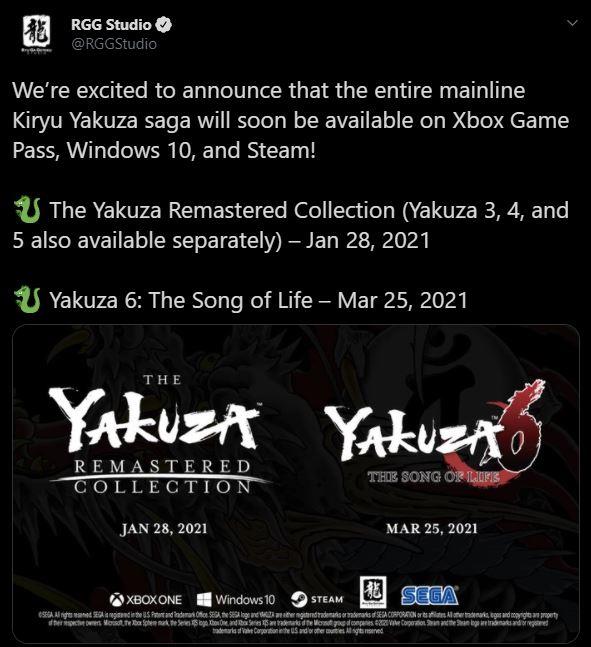