IT'S A NEW DAY YES IT IS! The New Day coming to Gears 5 as playable characters

When Gears 5 launched, The Coalition teamed up with WWE for a cross over event with Dave Batista being playable in the multiplayer portion of the game as an alternate skin for Marcus Fenix. They then added an update where you could swap out Marcus for Batista in the campaign. Well a new cross over with WWE has been announced and the members of the WWE group The New Day will be making their way to the game.

New Day members Xavier Woods, Kofi Kingston and Big E will all be playable and their in game renders look amazing.

New Day member Xavier Woods confirmed the news on his Twitter account along with their in game renders but no other info has been announced at this time. 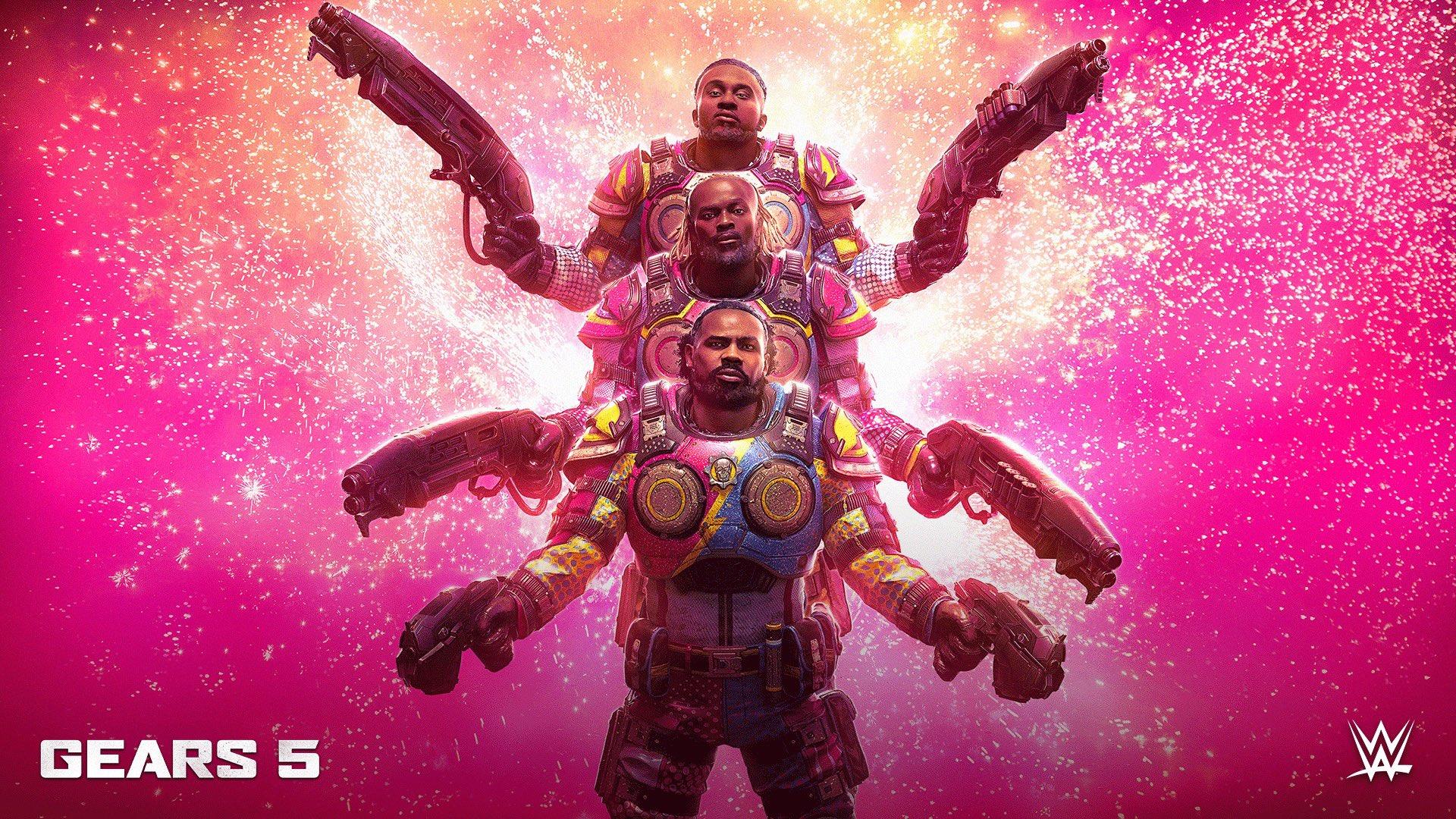