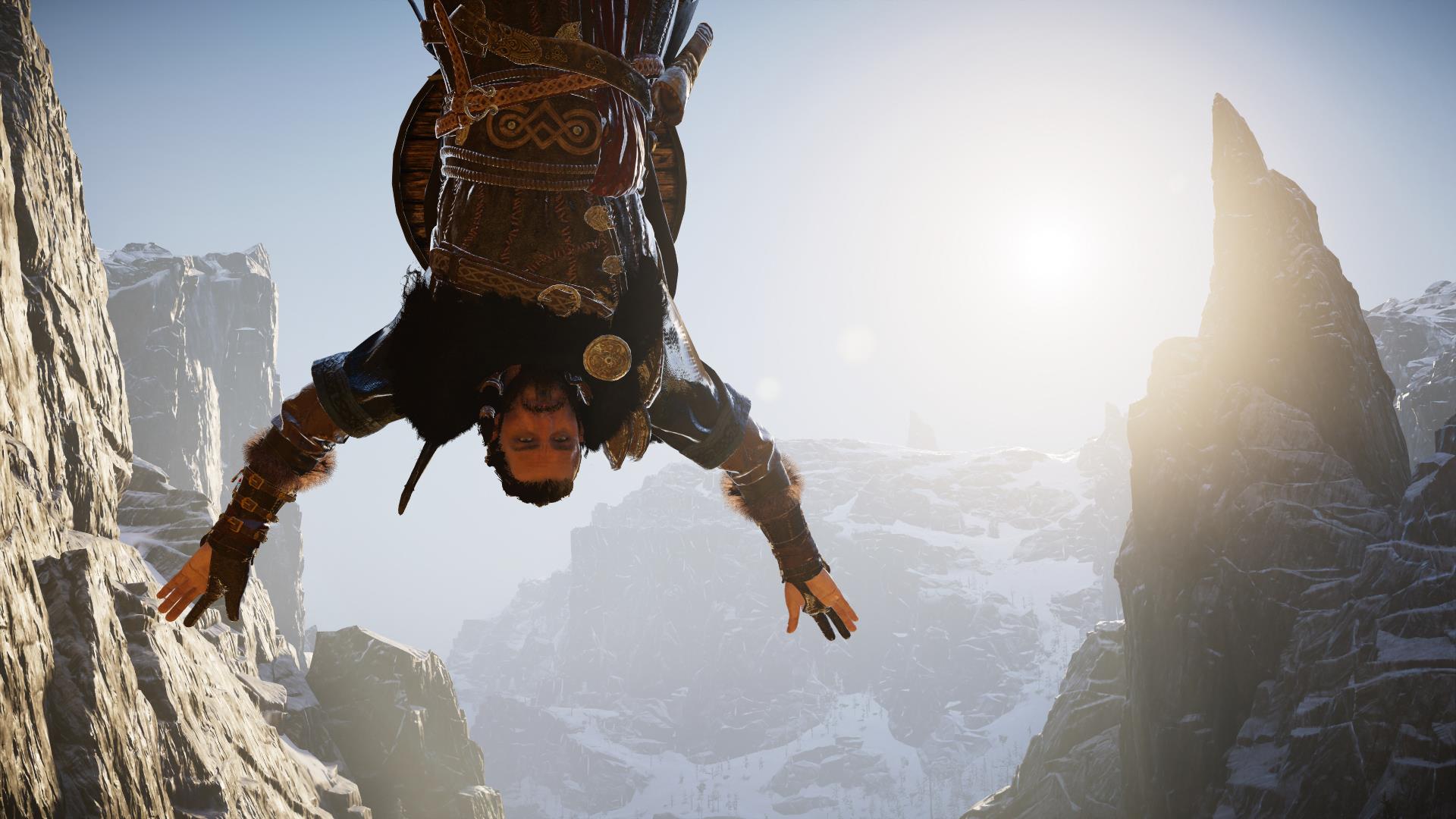 That's what I get for being a completionist. Okay, I can explain why it took that long, sort of. Not that you'll like my excuse that I'm a slow-play enthusiast. Or that I played for a good 10 hours and then started over again. Or that I finally managed to build my very first PC this past weekend and deal with the subsequent headaches of that whole process. But I'm hearing other folks—real gamers, quote-unquote—that still put in a good five or six hours before they saw the opening title screen and left Norway for English shores, getting them past the intro level of Assassin's Creed Valhalla, and onto the part of Viking history where they bounced out of Scandinavia and started settling ("pacifying") Jolly Olde Englande.

I mean, just in case you were wondering what Ubisoft might've meant when they said this would be a smaller, more focused game than Assassin's Creed Odyssey. Let's be realistic, though: Ubisoft making a "smaller, more focused" Assassin's Creed still means you're going to have a game that lasts you well into 2021. If you're gaming on a budget, it's hard to not get the most bang for your buck out of a thick-boy Ubisoft open-world game.

But despite all that, I've really dug Assassin's Creed Valhalla. Norway is gorgeous enough, and the characters are spirited enough, that replaying the smaller-mapped introductory level was a pleasure. I think I liked it even more the second time, if I'm being honest. I gained confidence in the various fight styles, in using my raven to scope things out that don't show up on the map, in climbing up all those steely mountain crags and soaking in that icy snow melt.

I've sampled male Eivor and female Eivor and both are holding up their end of the bargain. Even if FemViking's smoker's voice sounds a bit forced, in my opinion. I'm happy to be wrong about that, however, since she looks and acts like an absolute badass anyway. Suffice it to say, you've got a strong protagonist on your hands, whether you play as one or the other, or do the crazy thing where you "let the Animus decide" between the two of them, eventually swapping back and forth between the two at certain points in the story.

Valhalla did its worldwide launch yesterday, while PlayStation 5 owners get their console along with Valhalla's launch tomorrow, November 12. If you're still waiting to get your hands on it, here's another half hour of my own gameplay, doing my walking-simulator thing through the introductory level in Norway. Y'know, the place I've spent my entire time in. (I've since made it to England for the meat of the game, but it was real hard getting me to leave Norway.)