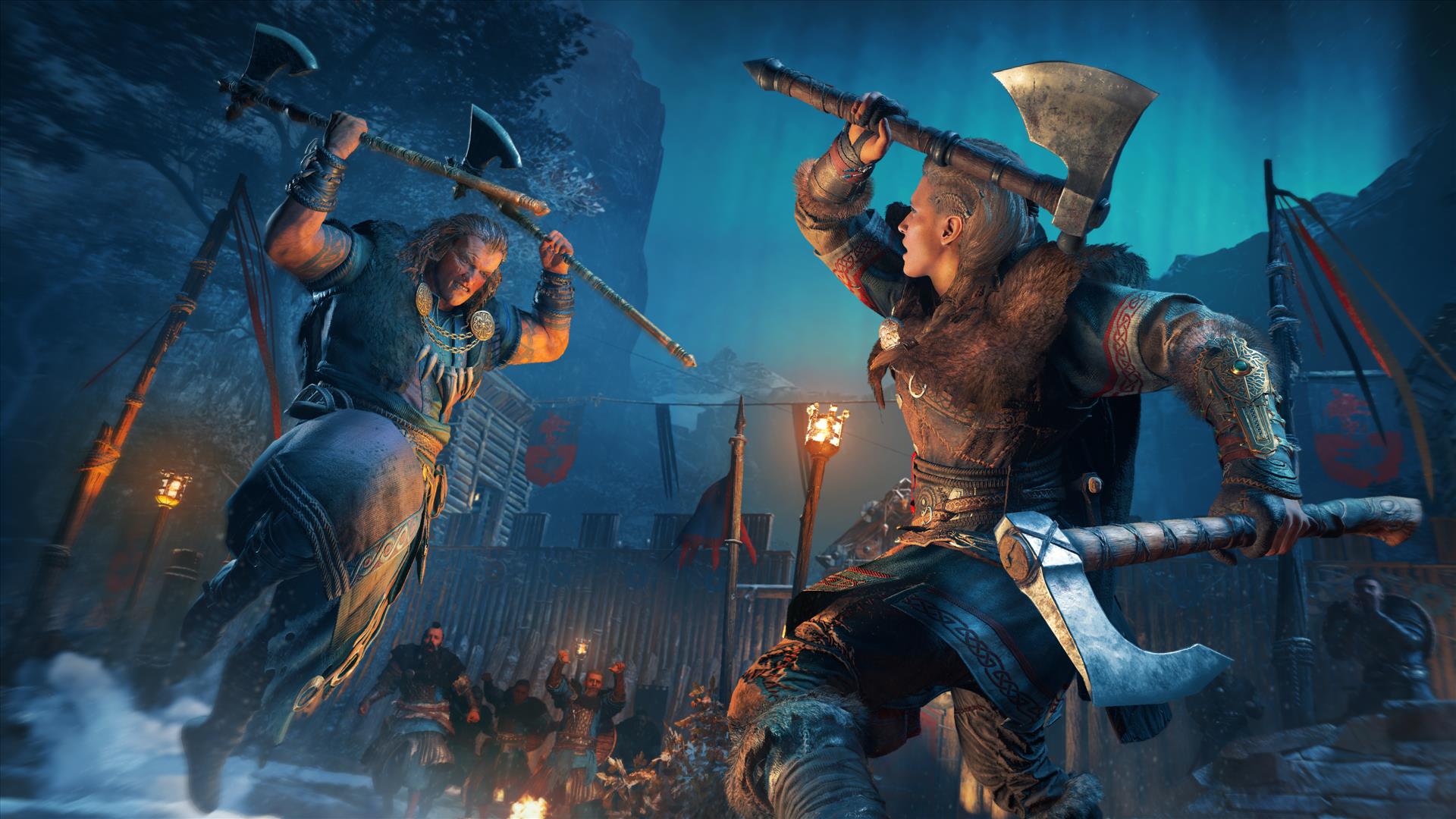 Vikings are as awesome as they are problematic. The term "Viking" was also a blanket terms slathered across entire societies of northern Europeans that were not part of the endless portrayals of warmongering raiders and rapists that we're generally fed by entertainment media. No, this is not a "The Vikings did nothing wrong" defense. I'm just trying to say: Vikings are dope and Assassin's Creed Valhalla lets you enjoy that fact.

Valhalla launched today on everything but the Nintendo Switch—and also has a couple more days to wait for the PS5 to officially launch, as far as that console is concerned. If you're one of the folks enjoying their Christmas early with a new Xbox Series X|S, then you could do worse than spend hours and hours in Ubisoft's latest open-world action-RPG-lite.

If you'd like an hour or so of slow gameplay—slow plays are kinda my thing—then here's a video of me trudging around Norway last night, snagging flitty tattoo designs from rooftops, busting up a few other Nordic encampments, doing a little mounted mining (you can kick and collect iron ore from horseback? Well ok then!), and, in general, soaking in the long nights up near the Arctic Circle, fighting a lot of polar bears, hearing skalds tell stories as we sail around in our flat-bottomed boat, and generally taking in some of the smaller stories tucked away in little narrative igloos around Valhalla's smaller intro map; smaller than the game's next stage in England, that is.

But as you're watching this video, if you're like, Why is this guy walking around so slowly? It's because my eyes are combing over the screen, taking in the wildly intricate engravings of the jarls' longhouses, appreciating the clink and swivel of the axe on my hip or the bear pauldrons on my shoulders, and relishing the godrays of sunlight as it shafts across a mountain peak or splays itself through the tree leaves. Skal!