Tony Hawk's Pro Skater 1+2 is easily my current game of the year. As a huge fan of the series since its inception, Vicarious Visions absolutely nailed this game and made me feel like a kid again. This was Tony Hawk as it should be. The game was already packed with content but Activision is releasing a free update tomorrow with tons of cool quality of life changes and new content.

The update includes the ability to replay the THPS 1 and 2 campaigns with a new skater. Previously the campaign progress was based on your personal profile instead of individual skaters but now you can run through the campaigns from the start with each skater.

Also included are all new create a skater and create a park items including a cross over with Crash Bandicoot. There is also a new Birdman DLC pack where all proceeds will go "The Skatepark Project" a non profit organization helping to build skate parks in underserved communities.

Finally there will be over 100 new challenges to complete. Check out the full update on Activision's official blog. 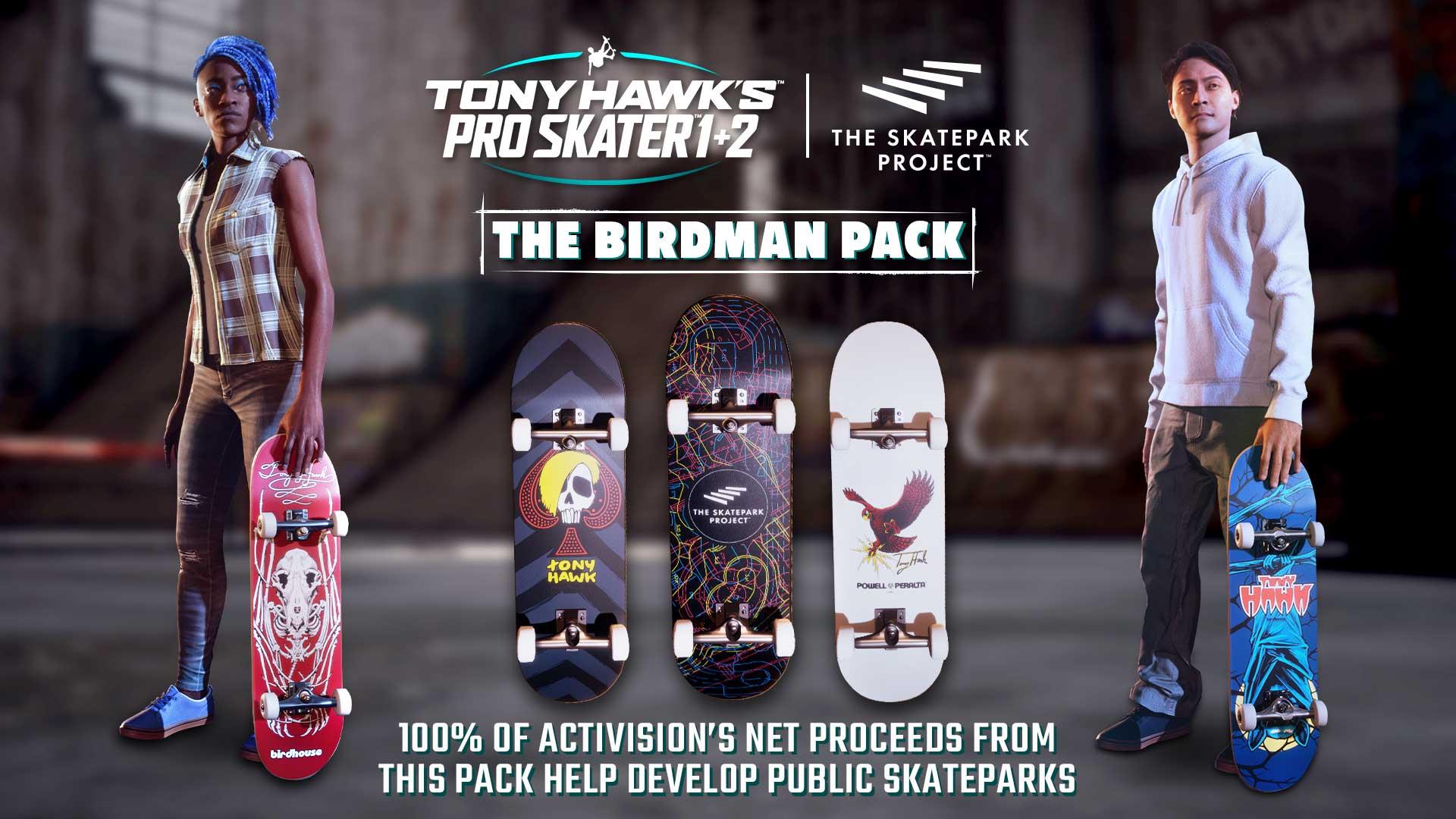