AMD shows off their line of Radeon RX 6000 cards

AMD announced the Ryzen 5000 CPU series a few weeks ago, but today Big Navi takes the stage. This is the Radeon 6000 series of video cards that many hope will compete with NVIDIA's latest offering in Ampere.

AMD calls it their most powerful gaming GPU they've ever built. 50% in generational improvement in performance per watt. That's pretty good news for gamers if it's true. 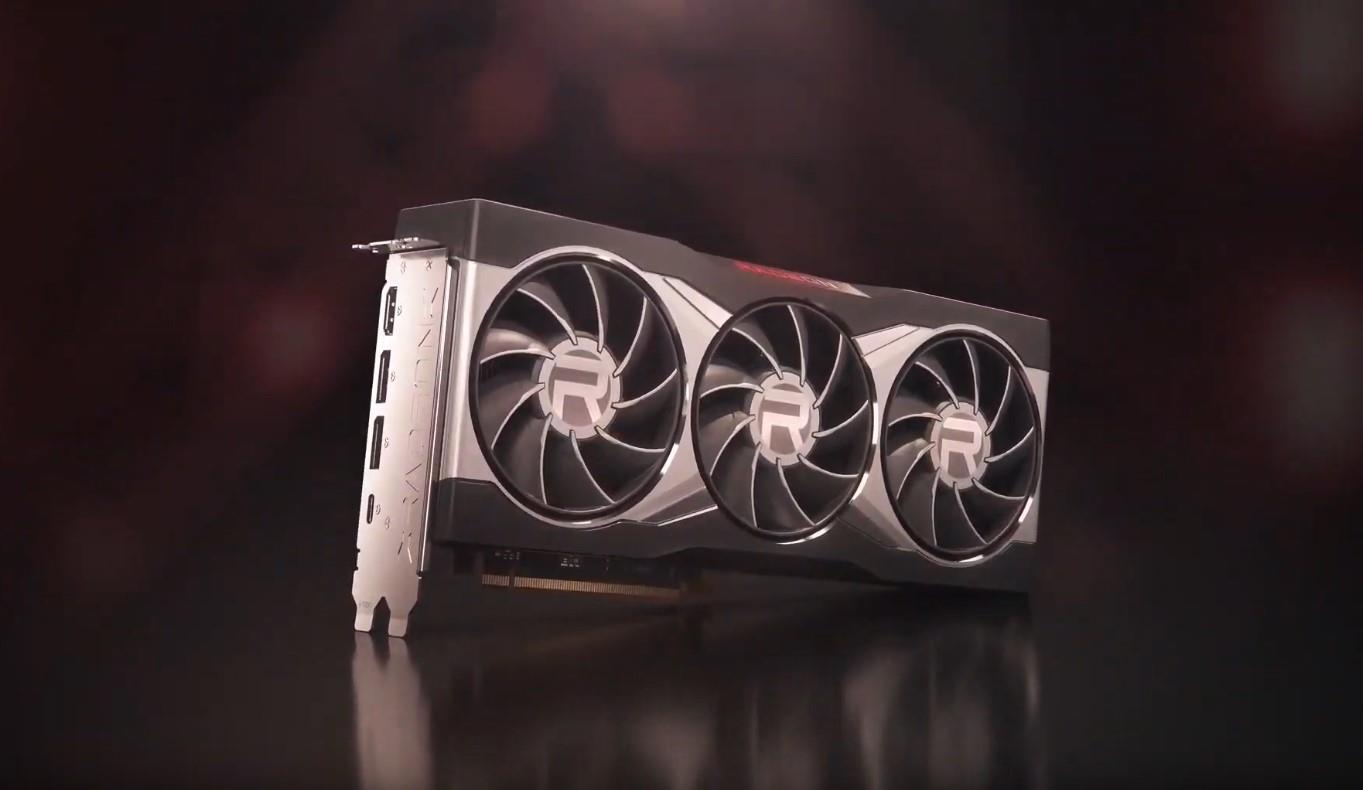 RDNA2 is built on the 7nm process, just like RDNA. AMD states that they've made significant gains in various areas and gain 30% in energy efficiency. The Infinity Cache miniimzes DRAM bottleneck and delivers 2.17X more bandwidth than regular G6 solutions. 30% faster frequencies in the same 7nm processing node. All combined, they are stating a 54% increase in performance. 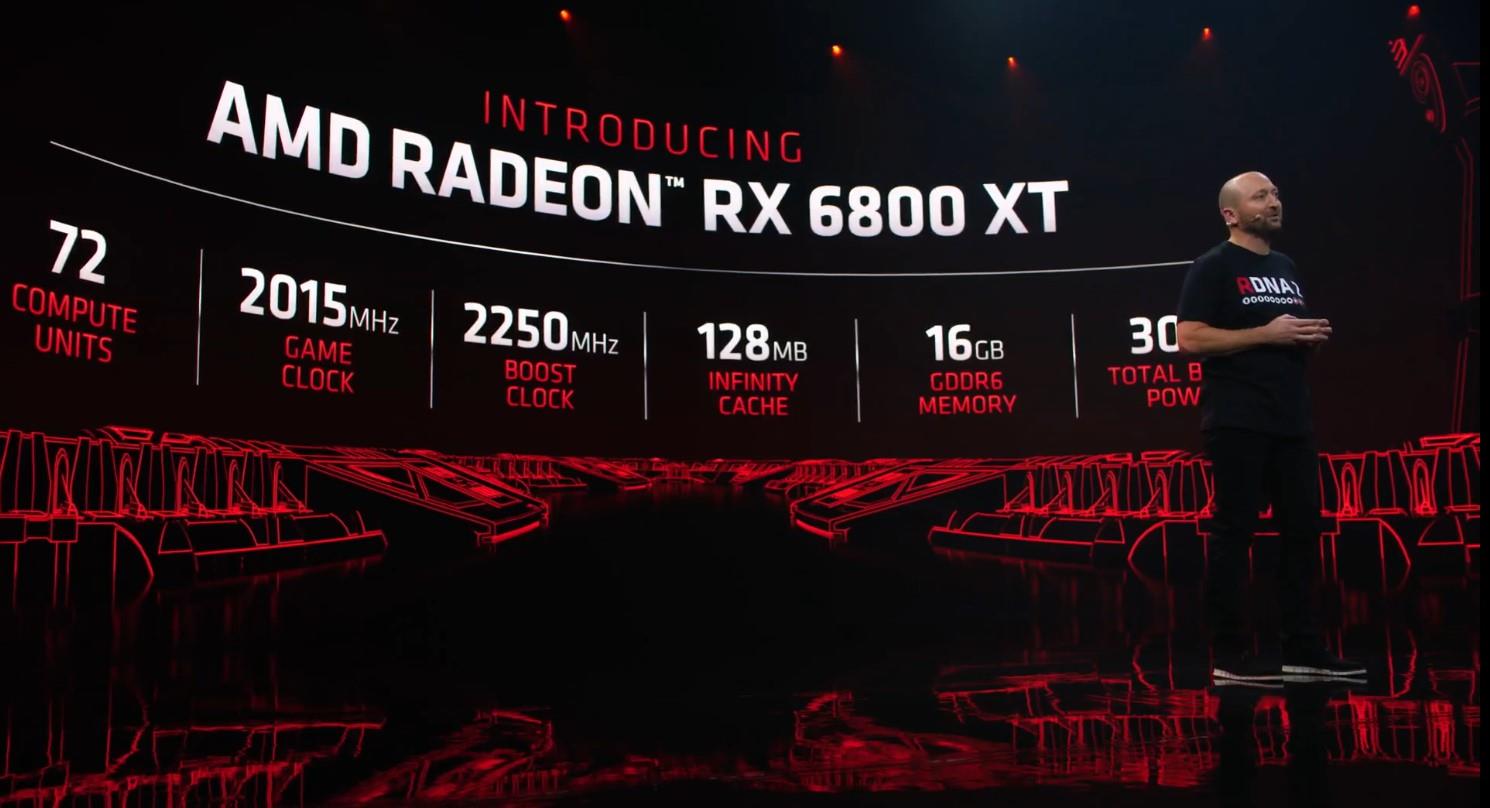 For those that want to overclock, there's a one click overclocking button to make it easy to push your card to the limit which they call Rage Mode. AMD Smart Access Memory is what they call their full access to GPU memory and combined with Rage Mode, it helps boost performance up to 13% on the highest uplift on the titles mentioned.

AMD also has a latency reduction tech that the competition has been putting in various titles. That means quicker response to your mouse clicks or commands so you can play better. What's different with AMD is there's no need for a game to specifically be updated with it for it to be in play. Up to 37% latency reduction was touted in Fortnite.

Full hardware support for DX12 is here and AMD's suite of visual improvement features is called AMD Fidelity FX. 35 titles currently support some or all of the suite of technology. 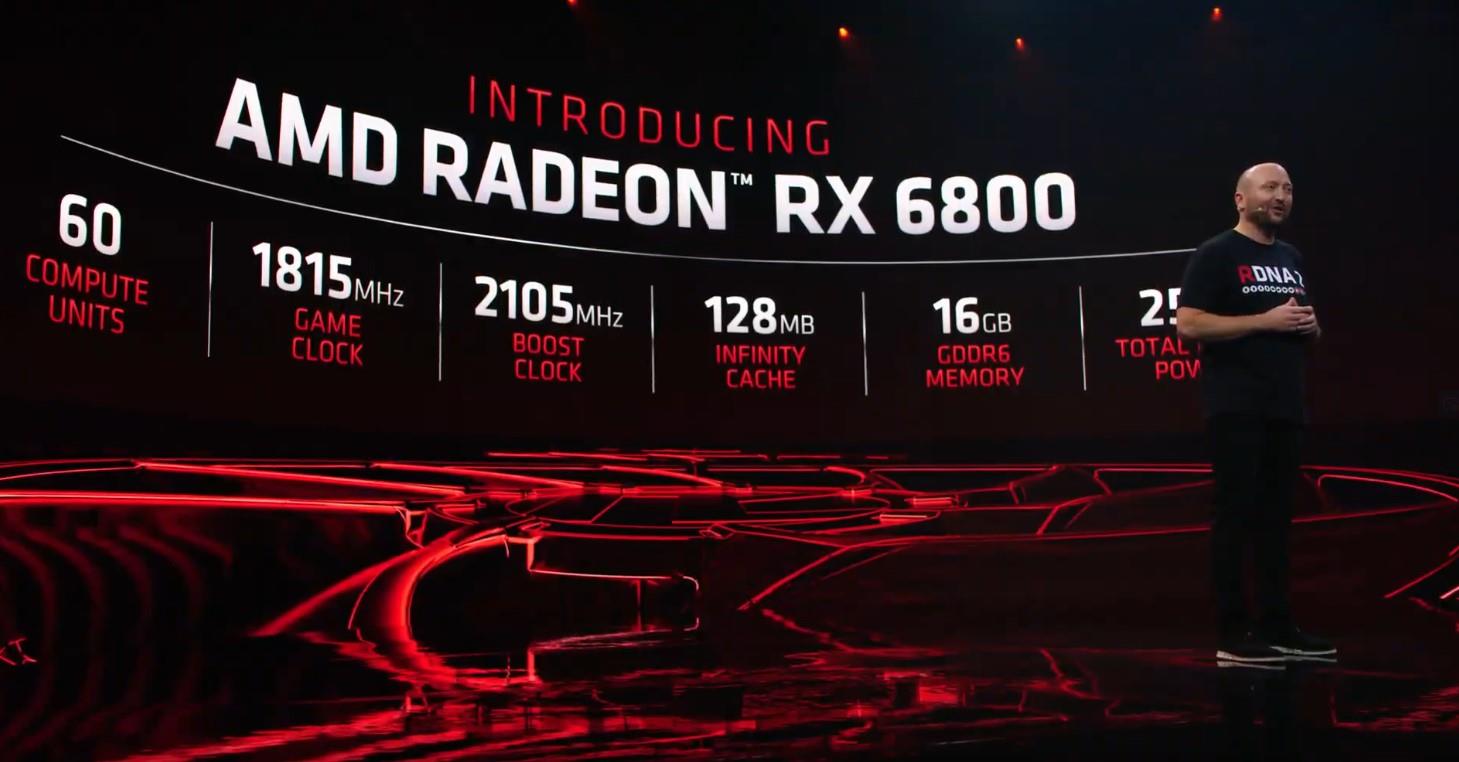 Finally, AMD Radeon RX 6900 XT is the same size as the 6800 XT and at a TBP 300W, they are touting 65% more performance per watt over their previous generation.  This card is made to compete with the RTX 3090. We're talking 80 compute units, 2015MHz game clock, 2250MHz boost clock, and 16GB of GDDR6 memory. Compared to the 6800XT, the only difference I can see is an increase in compute units by 8. Which, we'll see if the performance increase is in there for what seems like a little change between the 6800 XT and the 69000 XT. 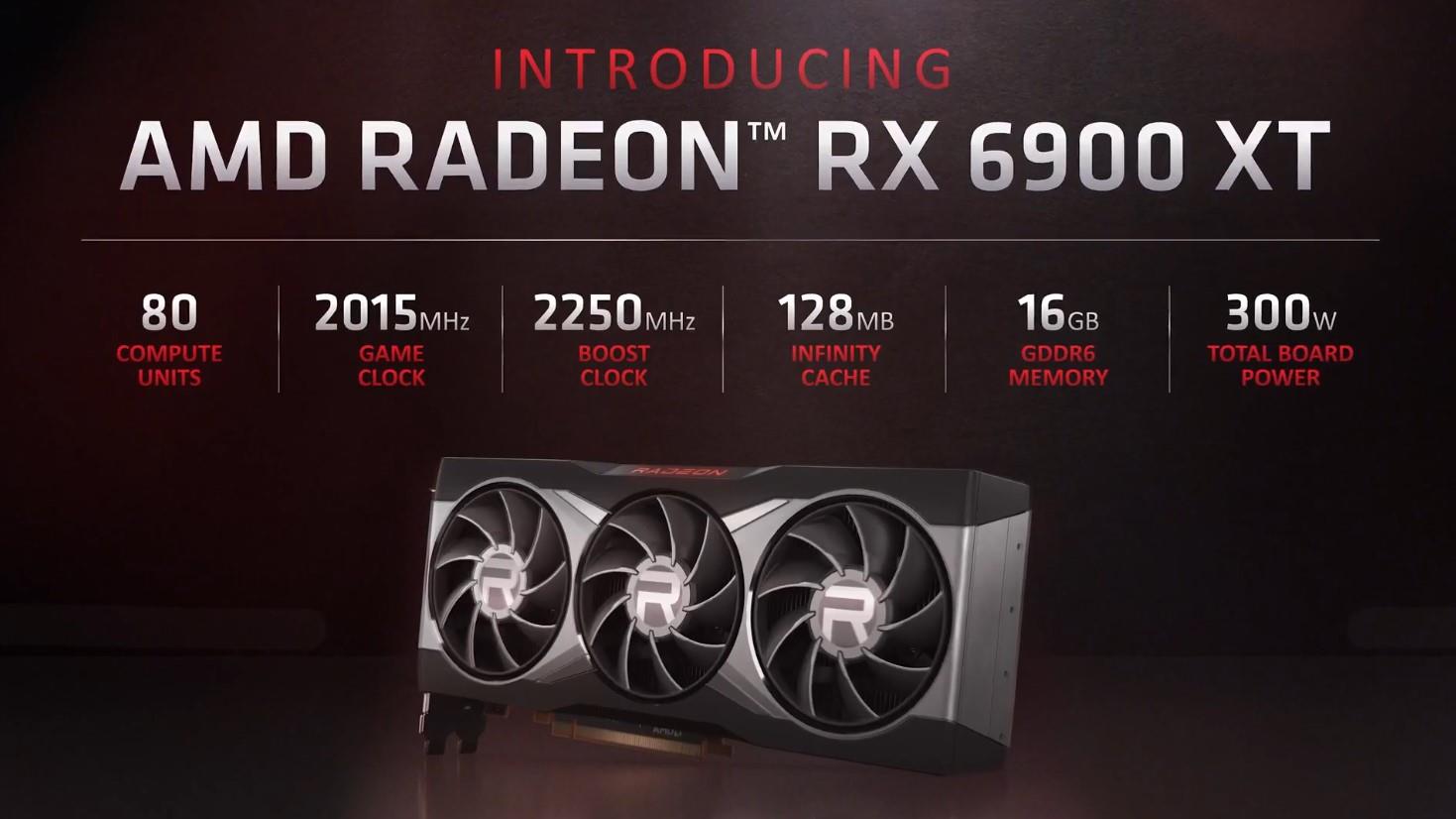 So how much will this be and when will it be out? $999 and availability on December 8th. The Radeon RX 6900 XT is being priced at $500 less than the RTX 3090, which is pretty incredible if the numbers line up.

So there you have it. From Zen 3 to Big Navi, here's AMD's next generation of products. All told, I'm excited by what both the CPU and GPU brings to the table. Hopefully, this will spur on some more competition with the other companies and in the end that'll be a win for the consumers.