Get hype! Watch the Destiny 2: Beyond Light ViDoc

Today Bungie released a lengthy ViDoc, showing off some of the awesome stuff coming with Destiny 2: Beyond Light. I’m going to let the video speak for itself, but if you haven’t been keeping up with the Beyond Light news (and even if you have), get yourself a drink and settle in for 15 minutes of pure hype—the only way Bungie knows how.

The ViDoc is jampacked with story details and mechanic changes. Some have been detailed already, while others are complete and utter surprises. Seriously. There was a “Phwoar!” moment in the video when my Destiny clan Discord collectively lost their minds. Let’s just say that story threads going as far back as Forsaken (and maybe earlier to the concept stages) are finally seeing fruition.

Along the way we see a fantastic preview of Europa, the new destination in Beyond Light, and its dynamic weather system, a first for the franchise. Get ready for the storm, guardians. This is going to be quite the blizzard (heh).

Throughout the ViDoc we also see a preview of the exotics that were revealed a few weeks ago, and we see more Stasis in action. The sound team even detail some of the process that they used in order to bring the sounds of our new ice-based darkness powers to life. If Beyond Light isn’t nominated for some sound design award this year, it’s going to be an absolute travesty.

But don’t take my word for it, let Luke Smith and Co. guide you through the levels of hype (also featuring David Samuel, a Destiny community favorite).

But wait! That’s not all!

Bungie confirmed the name of the upcoming season. Previously just referred to as season 12, now we know it to be Season of the Hunt. We get a look at the roadmap of the season ahead, detailed in the image below.

As a long-time Destiny fan, my body is ready. I am one big goose bump. I’ve bought my first-class ticket for the hype train and have allowed myself to be carried away by the pure excitement of the new year and new season. We’re going to have so much to talk about over the coming weeks, so stay tuned!

Destiny 2: Beyond Light releases on November 10. 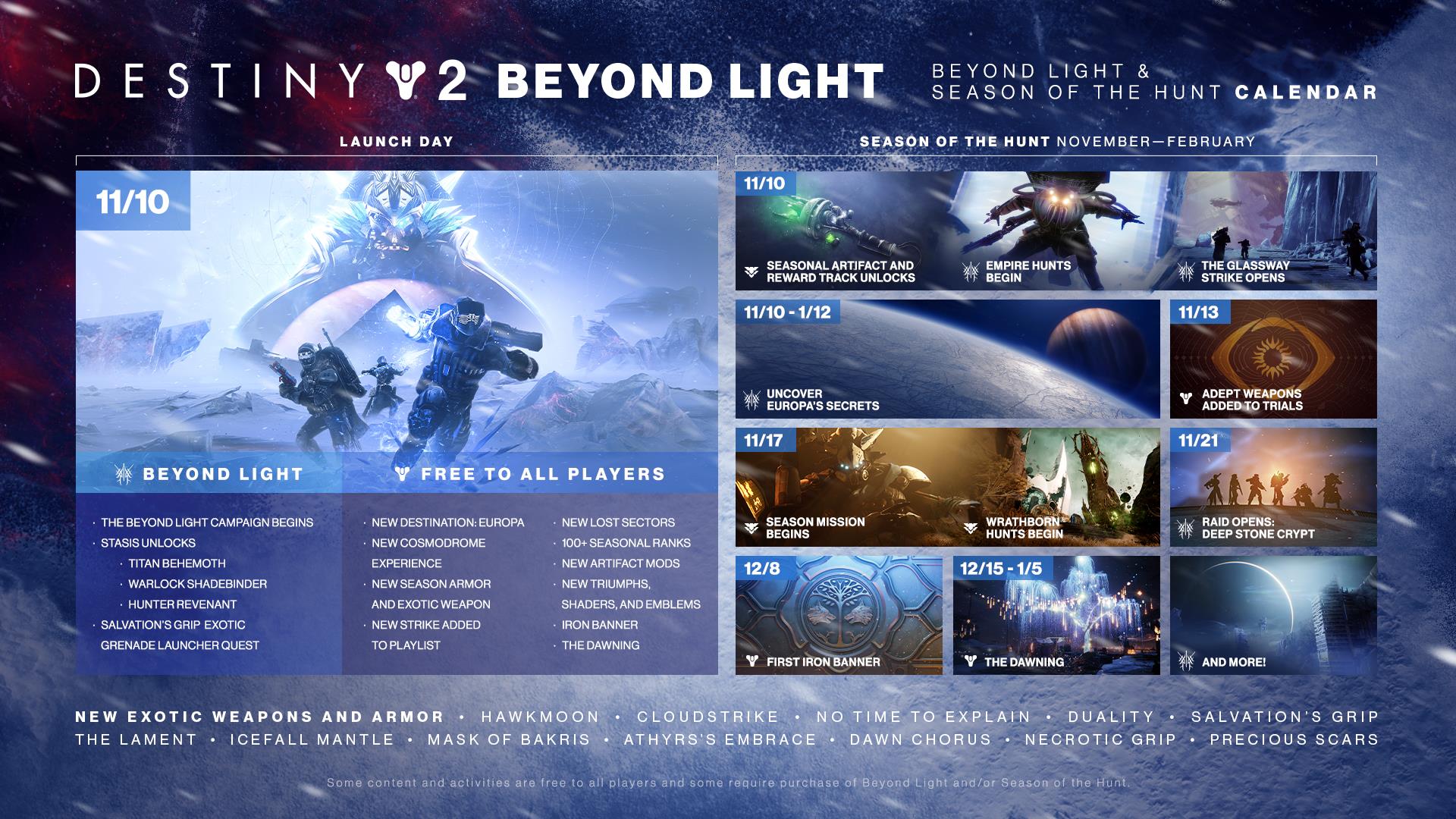