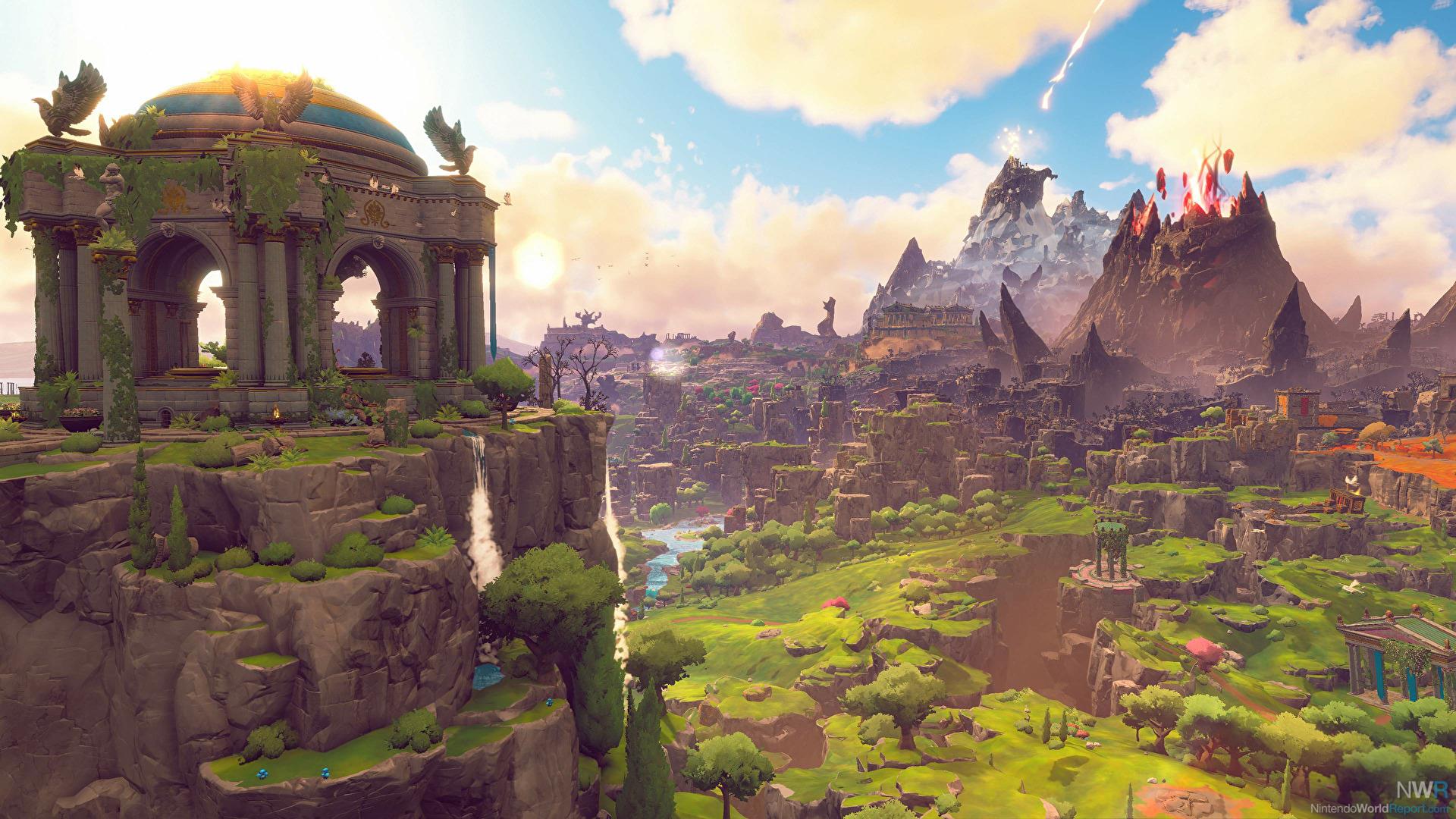 A favorite among many Gaming Nexus staffers, Fallout: New Vegas turned 10 this week and its popularity has only grown every year. A month after launch, 2K Games has introduced unskippable advertisements into NBA 2K21. And the Final Fantasy VII Remake developer says that COVID-19 brought development of the incomplete remake to a standstill.
So, what are you playing?

Given the Call of Duty: Black Ops – Cold War beta ended earlier this week, I've been alternating between FIFA 21 and Assassin's Creed Odyssey.

In FIFA 21, I took part in my first FUT Champs tournament and ended with a rank of Gold 2 with 17 wins out of 30. It's not my best but it's the first FUT Champs of FIFA 21 so I hope to get better as the weeks go on.

As for Assassin's Creed Odyssey, I've been venturing through Ancient Greece for many months now. With Valhalla just around the corner, it's the impetus I needed to go back and wrap up my remaining quests. It's a beautiful, sprawling world that has, at times, overwhelmed me. For that reason, I'm glad to hear that Valhalla will be a slightly more contained experience but I'm glad for the adventures I've had in Assassin's Creed Odyssey's recreation of Ancient Greece.

I've been spending a lot of time experimenting with the various cloud gaming services at my disposal. I got placed into the first wave of the Amazon Luna beta, so I've been having a lot of fun dipping into the giant pile of indies included in that service. Though there aren't a ton of big budget AAA games included in this first wave of games, the few that are there (and the nice selection of indies) are enough to prove the concept very effectively.
On Stadia, I'm going to be jumping into the Immortals Fenyx Rising demo as soon as I am able. I plan to make a video of my exploits, which I will of course be posting on Gaming Nexus. the crazy PAC-MAN Mega Tunnel Battle beta is a lot of fun, too. Out of a field of 60 players, the highest I have come is placing 35th, but that doesn't mean that I'm not having a good time.
My reason for playing demos and short indie game sessions? Gearing up for the busy holiday season is stressful, but a lot of fun. We are getting to the time of year when gaming for journalists suddenly becomes much more structured. I've got a big banger from Ubisoft coming in for review any minute, so I'm clearing the boards to concentrate on that game 100% when it arrives.

I've had a love-hate relationship with Fallout: New Vegas during the entirety of its 10-year run. But I also celebrated its 10th birthday earlier during Covid when I became a Caravan Master by winning 30 hands of Caravan. Really, really didn't like that card game until I'd watched about two hours' worth of YouTube tutorials. Then I loved it. After that, I got to The Strip for the first time and hated the game again because, hoo buddy, New Vegas is a veritable labyrinth of loading screens and weird entry and exit points. I gave up again once stuff started bugging out and disappearing off the map.
Baldur's Gate 3 is taking up all my time and energy right now. But not in the way you think. Steam says I've already got 11 hours on record, but I'm pretty sure I spent nine of those in the character creator. It's so good. It's deep enough to give you a sense of ownership over your character, but simple enough that you're not throwing sliders left and right to move your cheek bones up or down half an inch. Also, I did take my character, whom I've dubbed Demon Gwyneth Paltrow Sort Of, through the opening scene and, hey, I think I might enjoy the rest of the game, too.

Baldur's Gate 3 will be calling me this weekend as I try to get through the first act. I'm playing as a ranger in this one so going with a class I'm not familiar with should add some nice extra difficulty to the game.
I have a session of Among Us with my workmates next week so I'm going to do some deceiving and working on tasks to prepare for the game. I'm OK, I think, but it'll be nice to get a little practice in. I don't pay enough attention sometimes and to be a good imposter, you have to account for a lot of things so just having practice in being more observant should be helpful.
Finally, I think a good session of Fallout 4 VR is in order. Just being able to move around and shoot some ghouls will help with the stress of a weeks worth of work.