Much maligned but slowly trying to drag itself out of the mire, Bethesda's Fallout MMO, Fallout 76, is giving everyone another chance to drop in and taste what progress has been made over the long road from a rather disastrous release and even worse first few months. Fallout 76 is going free to play on all consoles today and running through October 26th. This event coincides with a Legendary Vendor Sale, a limited Fallout 1st preview, and real-world discounts for both the game and the in-game currency, Atom packs.

The free play includes the base game and Wastelanders and Nuclear Winter DLC, all progress and purchases carry over if new players decide to keep going with the game after the week is up, and their is double XP on offer to boost your character up to speed. As far as that Fallout 1st preview - Fallout 1st is the premium paid service meant to reward hardcore players but initially seen as more of a slap in the face to everyone who didn't buy into it. Essentially, 1st fixed some core game issues broken at release but only was offered initially to players willing to throw in good money after bad to keep supporting broken software. Well now the rest of us can see how the other side lives, because anyone who logs in during the free week can head over the the Atomic shop and claim the free Fallout 1st Limited Preview “item.” That item then grants access to "some" of the Fallout 1st membership features.

More details on the preview and the free week can be found on Bethesda's site. 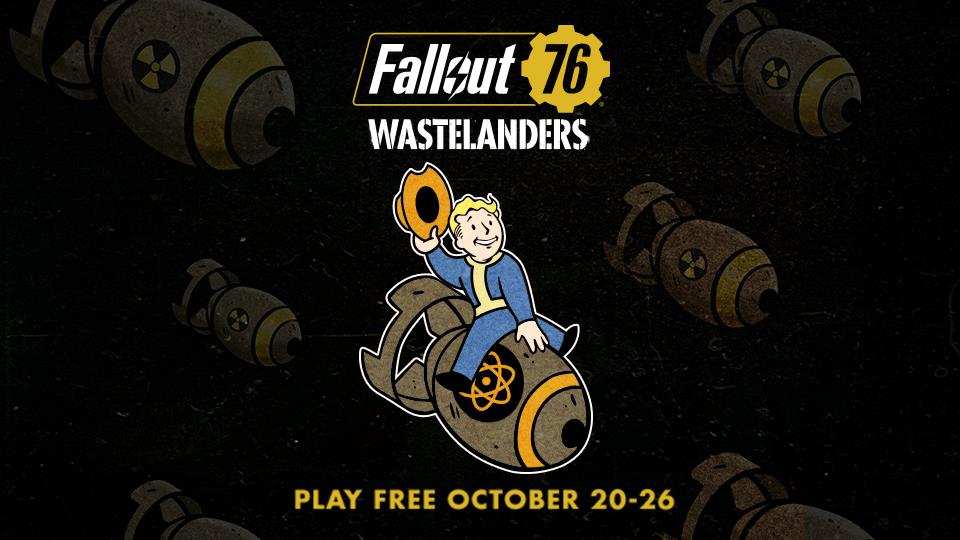