Today over on Twitter, the official Cyberpunk 2077 account announced that the game would release on Stadia on November 19, 2020 - day and date with Cyberpunk's PC and console release. 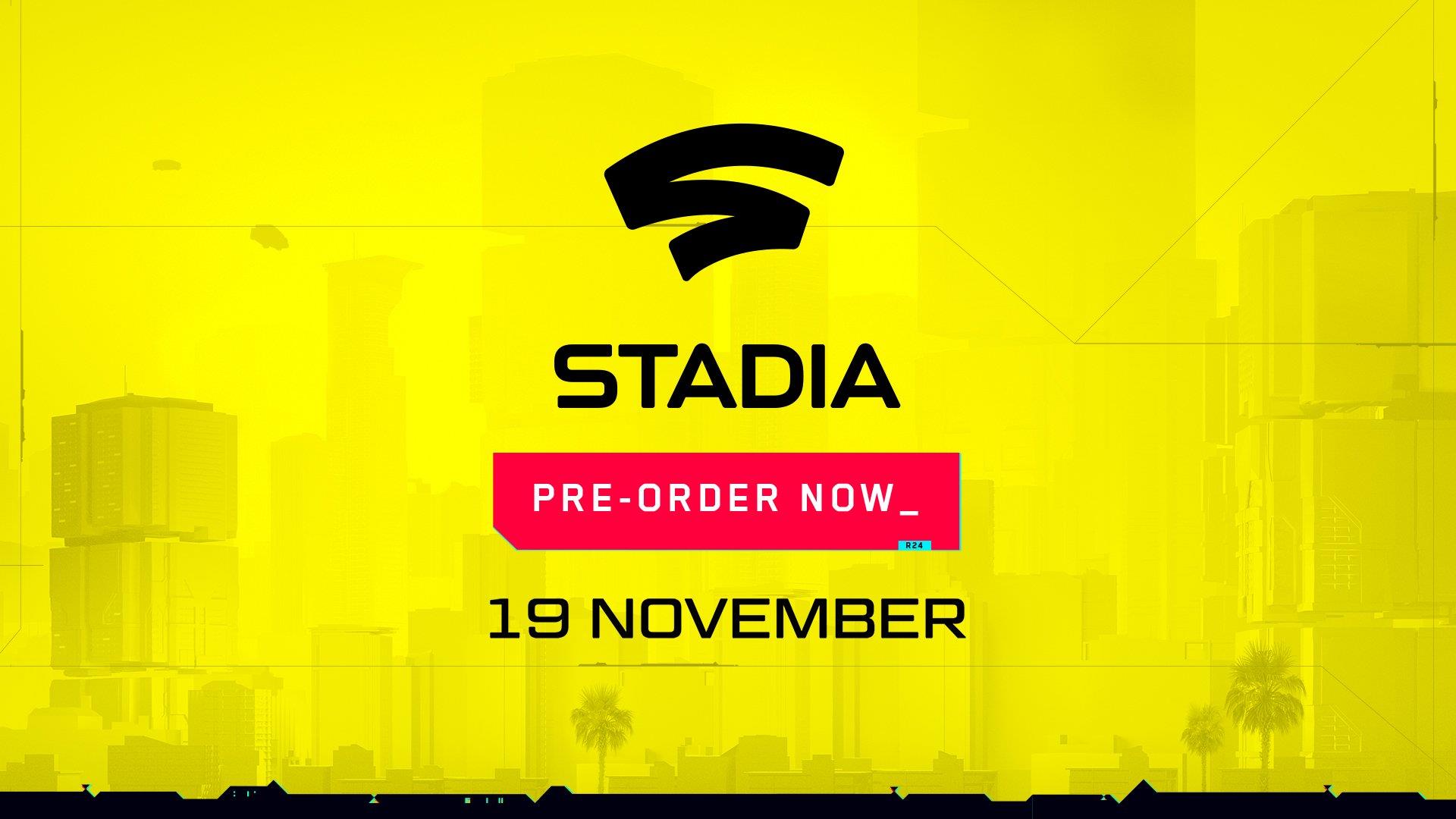 The release date of Cyberpunk 2077 has long been a bit of mystery (and source of consternation) for Stadia fans. While most hoped that the game would release day and date, many were resigned to a later release date.

“Huge in scale and scope, Cyberpunk 2077 is our most ambitious game to date. It’s humbling to see just how many people are looking forward to playing it, and we want to make it possible for as many gamers as possible come November 19th, when the game launches. The Stadia version will allow players to jump into Night City just seconds after the game unlocks for play worldwide without any downloads needed,” said Michal Nowakowski, SVP of Business Development, CD PROJEKT.
Everyone who buys the game via the Stadia Store will receive a set of Cyberpunk 2077-themed digital goodies. These include the game’s original score, art booklet, the original Cyberpunk 2020 sourcebook and Cyberpunk 2077: Your Voice comic book, as well as a set of wallpapers for desktop and mobile.

The announcement was greeted with the usual chorus of cheers from Stadia fans, and the steady pounding cry of "Isn't Stadia dead?" comments from people that don't have anything better with their time.