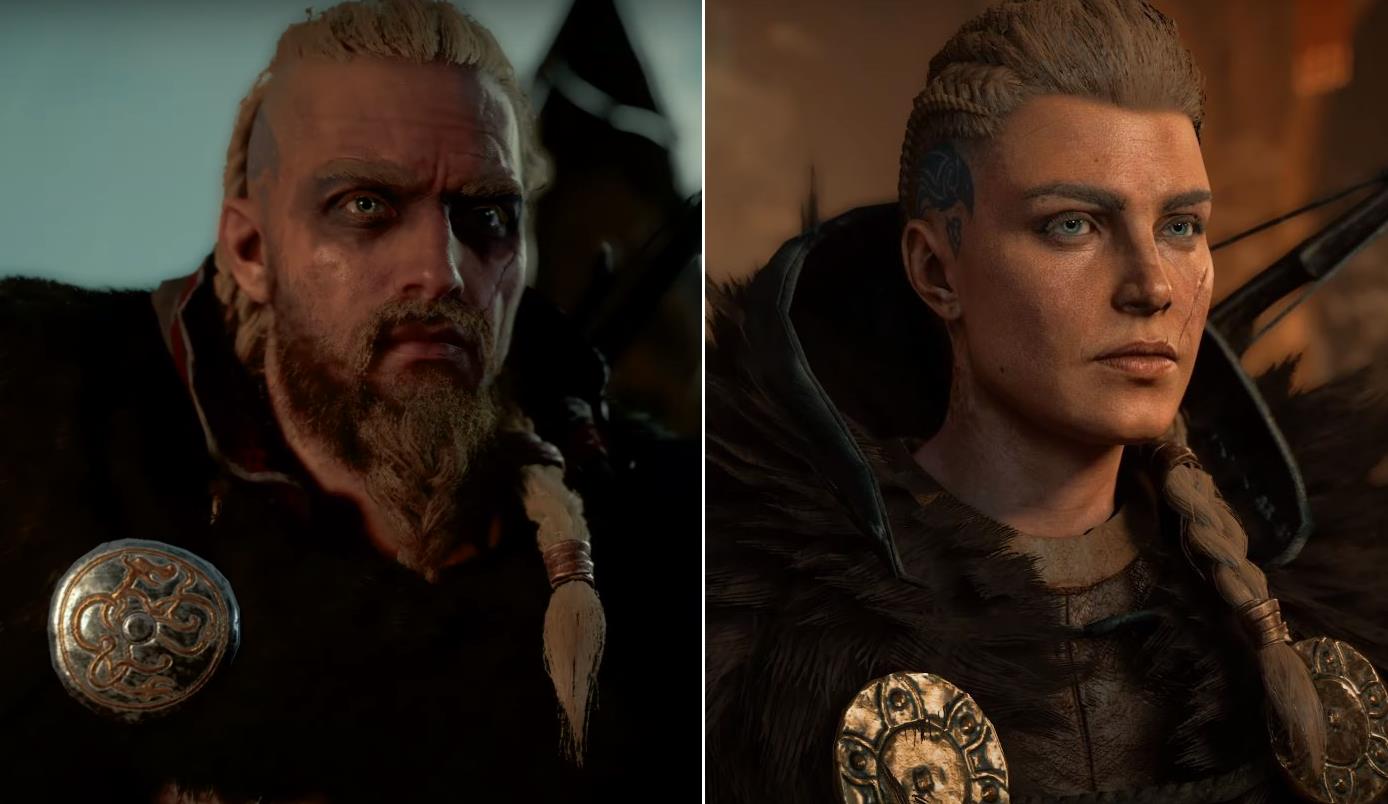 If I was ever on the fence about Assassin's Creed Valhalla, I sure ain't anymore. Seven-and-a-half minutes of deep dive video later, I'm drinking from goat horns, getting a longship tattooed across my back, and sharpening my throwing axe.

The first cool feature I want to mention is that you can swap between male Eivor and female Eivor at will. Boom. Done. No more worrying about being stuck with one voice actor or the other once the internet collectively decides, "Don't play unless you're FemEivor," or "BroEivor is best." Or: Let the Animus decide: The animus will represent the stronger female or male memory-stream, depending on its current strength.

If you're looking at the Assassin's Creed series for the first time, the Animus is this whole series conceit about near-future archaeologists and sociologists reliving events in the past through a person's ancestral DNA. It's a whole thing. Don't let it intimidate you. No one's ever been completely happy with how the modern-day gameplay is handled, but there wouldn't be an Assassin's Creed series without this Animus thing, so just go with it.

Oh look, Eivor is engaging in some crowd stealth. "Social" stealth, as Ubisoft calls it. I'd have to look it up, but I think this aspect of the Assassin's Creed universe has been missing since Assassin's Creed: Brotherhood, which was a good 10 years ago. Well, it was in Assassin's Creed IV: Black Flag multiplayer too, but most everybody was just running around willy-nilly in multiplayer by then anyway. It was basically run n' gun at that point.

The second thing I want to point out is ships. Longships. Even short-ships from the looks of things, ha. Either way, this feels like the first time we're getting bona fide seagoing piracy since 2013's Black Flag, my other favorite Assassin's Creed. Yeah, there's boat action in Origins and Odyssey, too. I don't necessarily care for the hyper-arcade ship-to-ship combat, but I love being out on the waves. Ubisoft has proven they know how to handle boats and oceans, and I'm all the way here for it.

Also, I'm all the way here for settlement building. Jarl halls made from overturned ships. A-frame housing to shrug off the snow blankets. An Yggdrasil-sized tree of life at the heart of your village. This is the hub, the launching point, for your entire conquest of England.

To bastardize lyrics from another Viking favorite of mine, Skyrim: "When Valhalla beckons, every one of us dies." And this 100% looks like a wondrous mashup between Skyrim and The Witcher 3. We might not get The Bloody Baron-level storytelling out of Valhalla, but I bet you there are going to be some moving moments hidden among the razing villages and raising villages.