Until Starfield proves otherwise, The Invincible is its direct competitor 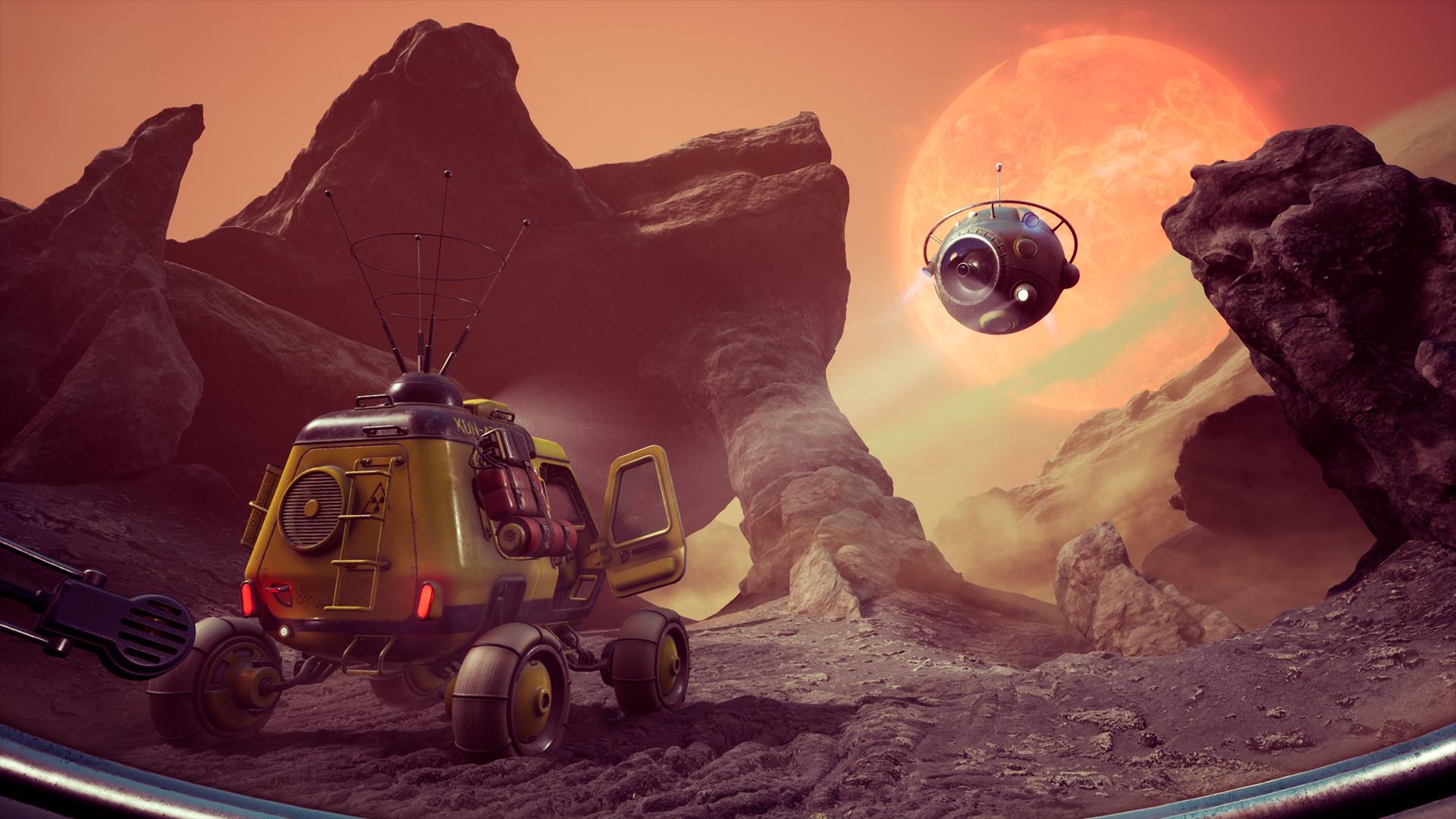 Despite living in an age where SpaceX will fly people out of Earth's orbit with a couple touchscreens and a joystick, there's something rather compelling about the very toggle switchy, roundy buttony "atompunk" of The Invincible. And while the announcement of The Invincible isn't new (we reported on it last month), I just haven't been able to stop staring at the screenshots.

I mean look at these things! This is that early Destiny Cosmodrome vibe I used to get, with its Soviet era space race technology and its Cold War tension. When America spent a million dollars developing a pen that would work in zero gravity while the Russians just went ahead and used pencils.

[Editor's note: Our very own Sean Colleli took me to task on my NASA pen vs. RFSA pencil story. And since it was a Today I Learned moment for me, I'll go ahead and post his TED Talk in full here real quick]:

NASA did not spend a million bucks developing a space pen while the more practical Soviets used a pencil. In fact both NASA and the Soviet space program used pencils early in the space race until they both realized this was a massively bad idea.
For starters, basic pencils are made of wood, and after the Apollo 1 tragedy NASA was fanatical about removing anything and everything flammable from their spacecraft. Second, both NASA and the Soviets realized that pencils, even mechanical ones, use graphite. In microgravity, graphite splinters float through the cabin, and not only can be inhaled by astronauts/cosmonauts (not a fun experience) but can easily get behind instrument panels and into electronics. Graphite is highly conductive, and so you get a fire again.
As for that expensive pen, Paul C. Fisher of the Fisher Pen Co. invested $1 million of his own money developing the Fisher Space Pen, a writing instrument that can write in microgravity, underwater, and in extreme temperatures/pressures. NASA and the Soviets were both overjoyed to have a functional alternative to the dangerous pencil, and being the industrious sort, Fisher sold his Space Pen to both countries and made his $1 million dollar investment back several times over. In fact, you can still buy the Fisher Space Pen right here for a reasonable $51.85.

As I was saying, in these screens you get that iconic Dune-like planet, with dust storms ripping through alien architecture and a crater-eaten ringworld in the backdrop. There's that War of the Worlds vibe in a crustacean-shaped robot. It looks like our first-person protagonist is trying to locate a missing space crew going off of a hand drawn illustration on microfiche, for crying out loud.

The Invincible has been in development since 2018. It looks like they're aiming to launch within the next 12 months. And until I see more of either project, this is now a direct competitor, in my mind, with Bethesda's Starfield. Give me more of whatever this Invincible is. I'm already downloading Google Read samples of 1960's Polish sci-fi just to whet my appetite further. I know my hype is based on what amounts to little more than half a dozen pieces of concept art. But I'm here for it.