Star Wars: Squadrons looks rough on PSVR, but is fun regardless

The Gaming Nexus squad is all in on Star Wars: Squadrons today. Almost everybody is downloading the game in one way or another - either buying it outright on PC, or snagging a copy on EA Play. I've been playing the game for review on PS4, and today I took it for a spin on PSVR for a couple of missions.

My first impression? Star Wars: Squadrons looks rough on PSVR when playing on a base PS4. Like, really, really rough. I was pretty shocked when I loaded up the game for the first time and was greeted with this view: 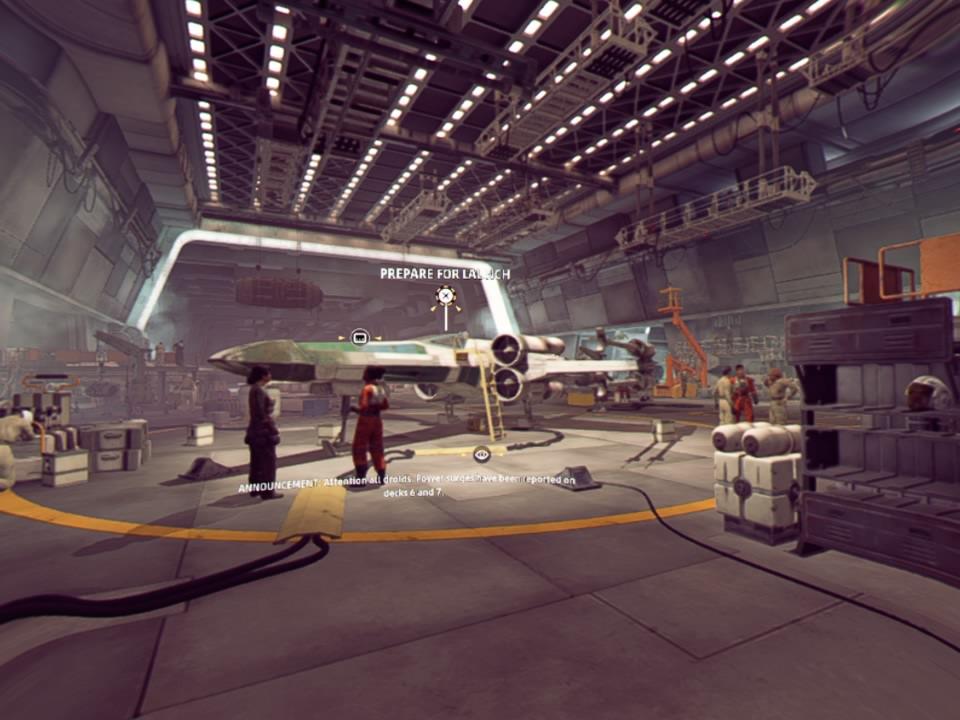 Now, looking at a screenshot, you might think "Oh, that looks a little blurry, but it's VR. You have to expect that sort of thing." But I'm here to attest that this screenshot is much clearer than this area appears in-game when viewed through the PSVR. One has to take into consideration the lower resolution of the PSVR, then add the fuzziness of this image on top of that. I've played and reviewed almost every major release for PSVR over the last three years, and this game looks far worse than many of its contemporaries. 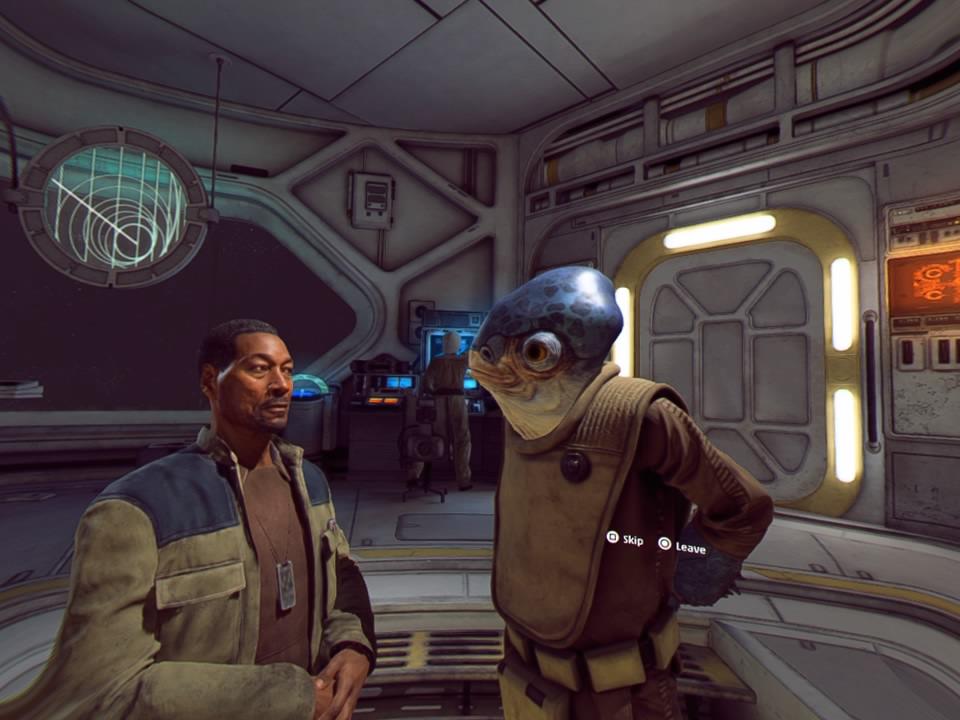 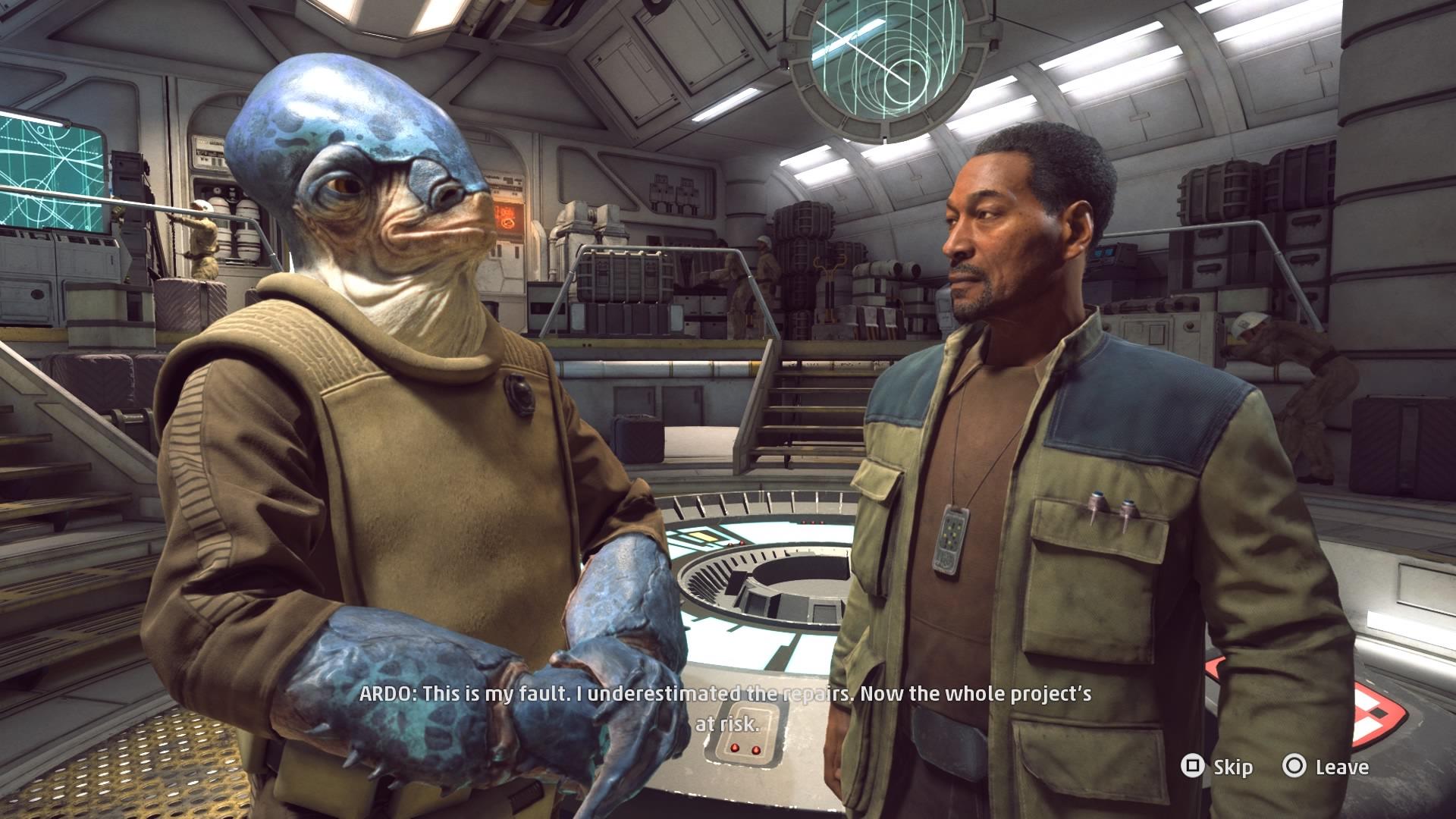 They don't look too bad in comparison, do they? But when you actually strap on the PSVR, the image is much more fuzzy than what is represented here. It is almost as though these screens are being generated at a higher resolution than is actually being used in the game. And look at the fine details on the Ackbar guy's arms, or the necklace the other guy is wearing. It is clear that we are looking at a game that had to be scaled way down to get it to run in VR.

Never is the lack of resolution more apparent than when the game switches to a static cut-scene, which are shown with the standard "floating movie screen". In the flat version of the game, these images are right in line with the gameplay graphics. But in VR, the sudden clarity of cut scenes is startling after being trapped underwater with Vaseline on your goggles during gameplay segments. In those moments, the clarity that PSVR is capable of brings the lack of sharpness in the rest of the game starkly into focus.

But all of that aside, when the game really cranks into action and launches the player in VR into space to do battle? Amazing. 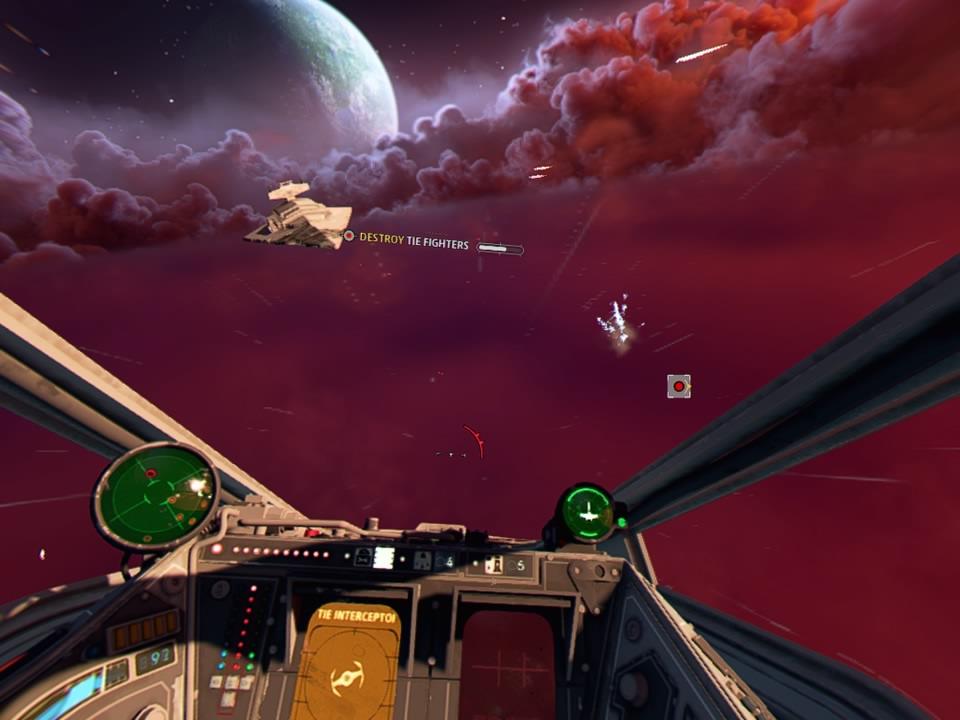 Even if this is the very best performance EA could squeeze out of the aging PSVR, it is still far better than anything we've had before. And when you are zeroing in on a Star Destroyer with Tie Fighters whizzing at you from all directions, all of your thoughts of resolution go right out the window. Star Wars: Squadrons is an amazingly fun game. I just wish I could wipe the goop off of my glasses while I'm playing it.

Watch Gaming Nexus for our full review of Star Wars: Squadrons next week.