There are certain moments in video games that fill me with existential dread.

For a long time, I have been half-convinced that our own existence is a sham, and we simply exist as hyper-complicated NPCs in some greater videogame that our tiny brains are unable to comprehend. As such, I find myself sometimes feeling an inordinate amount of empathy for video game NPCs. Their existence must be one of quiet desperation, endlessly enslaved to the script that dictates their life. Some NPCs walk in circles around town all day. Some stand guard endlessly outside forts, waiting patiently for the player to come and slaughter them. And some stand stock still, violently vomiting into a puddle every 9 seconds. 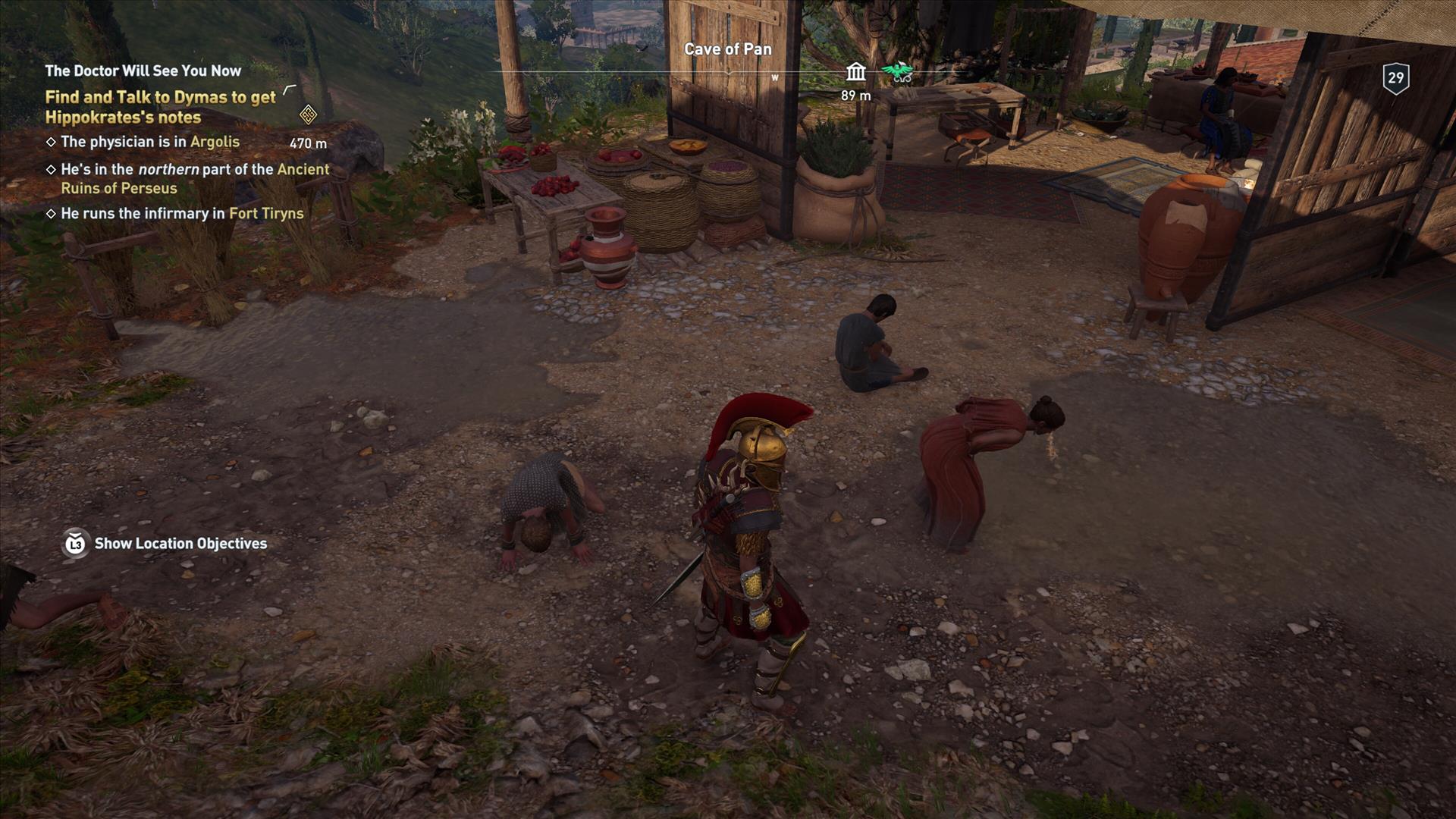 I've been casually playing Assassin's Creed Odyssey on Stadia for almost a year now. In between reviews, or whenever I can't think of what else I want to play, I dip back into the shoes of Cassandra and wander around ancient Greece delivering papyrus for poets and murdering errant neighbors for villagers.

Last night, I hopped back into Odyssey for a couple of hours after a few weeks away. I found myself on a mission to find Hippokrates, the legendary healer. After hunting about for a bit (and inexplicably being attacked by like seven lions in a row), I found Hippokrates at a clinic on the top of a small mountain. He was surrounded by sick people, who had come from all over Greece for a chance to be treated. 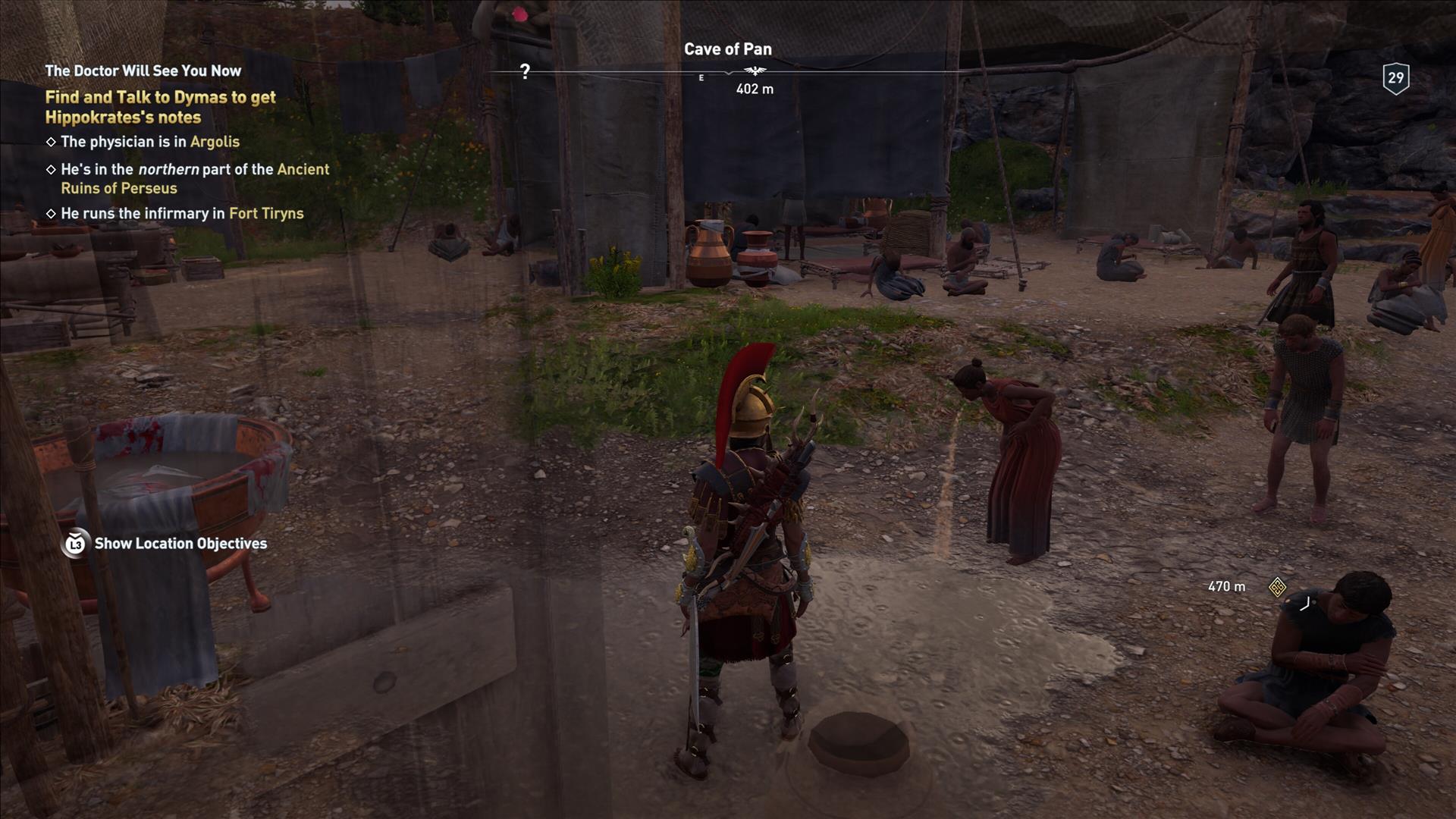 In the never-moving line outside of Hippokrates' medical hut, there was a small group of obviously very ill people, coughing and hacking. Among these folks was a woman in a red dress, who was projectile vomiting into a large puddle of bile. Fascinated, I stood watching her.

She stopped vomiting and stood up, looking around impatiently. Then, about 7 seconds later, she started looking decidedly queasy again. Two seconds later she was vomiting into the puddle again. It became clear that the entire puddle was the result of her endless spewing. 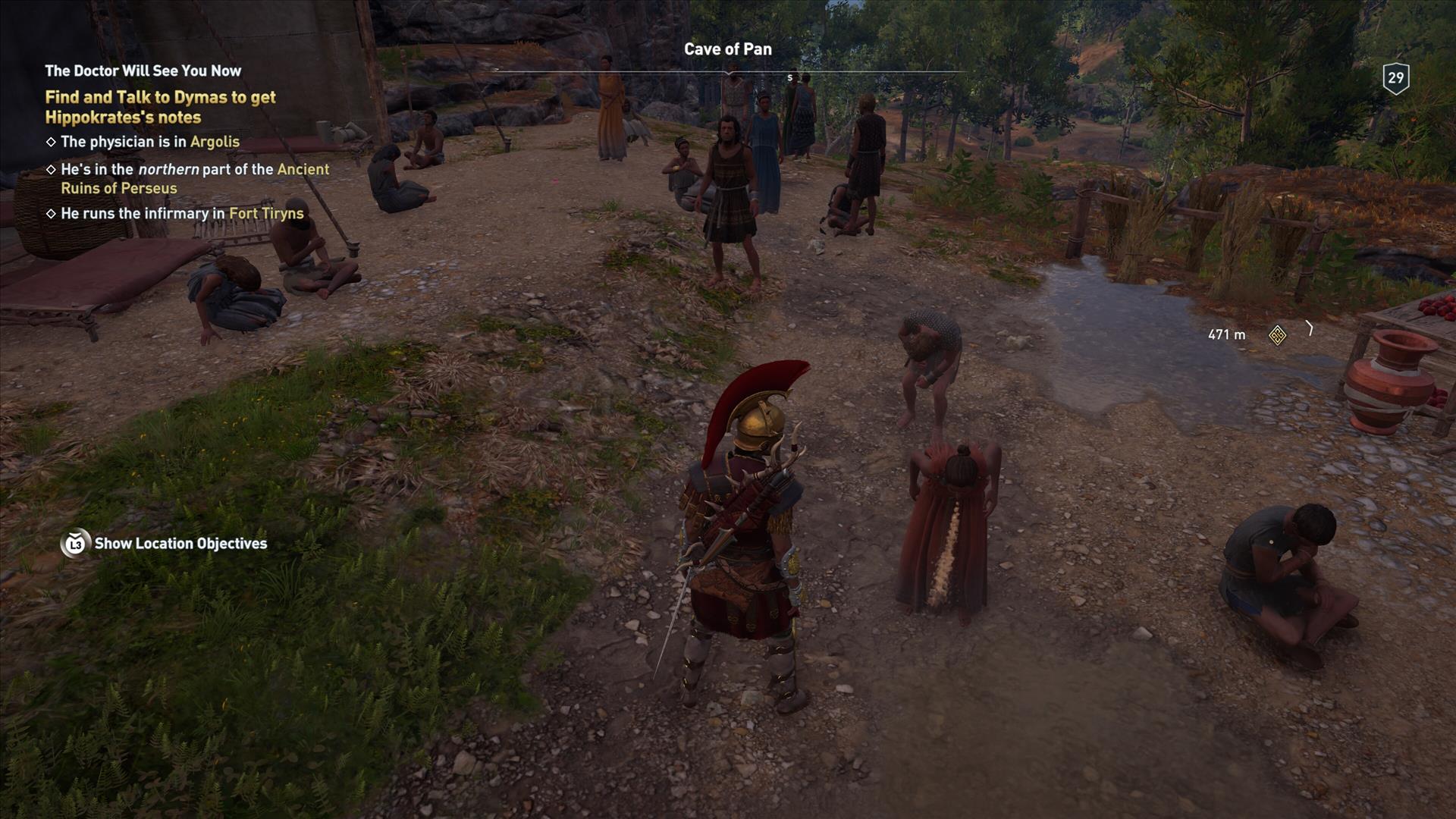 I left to talk to Hippokrates (who was utterly unhelpful, a demanded that I run and fetch some notes that were stolen from his clinic. Finishing up, I circled back around to find that, yep, the woman was still vomiting in the puddle. 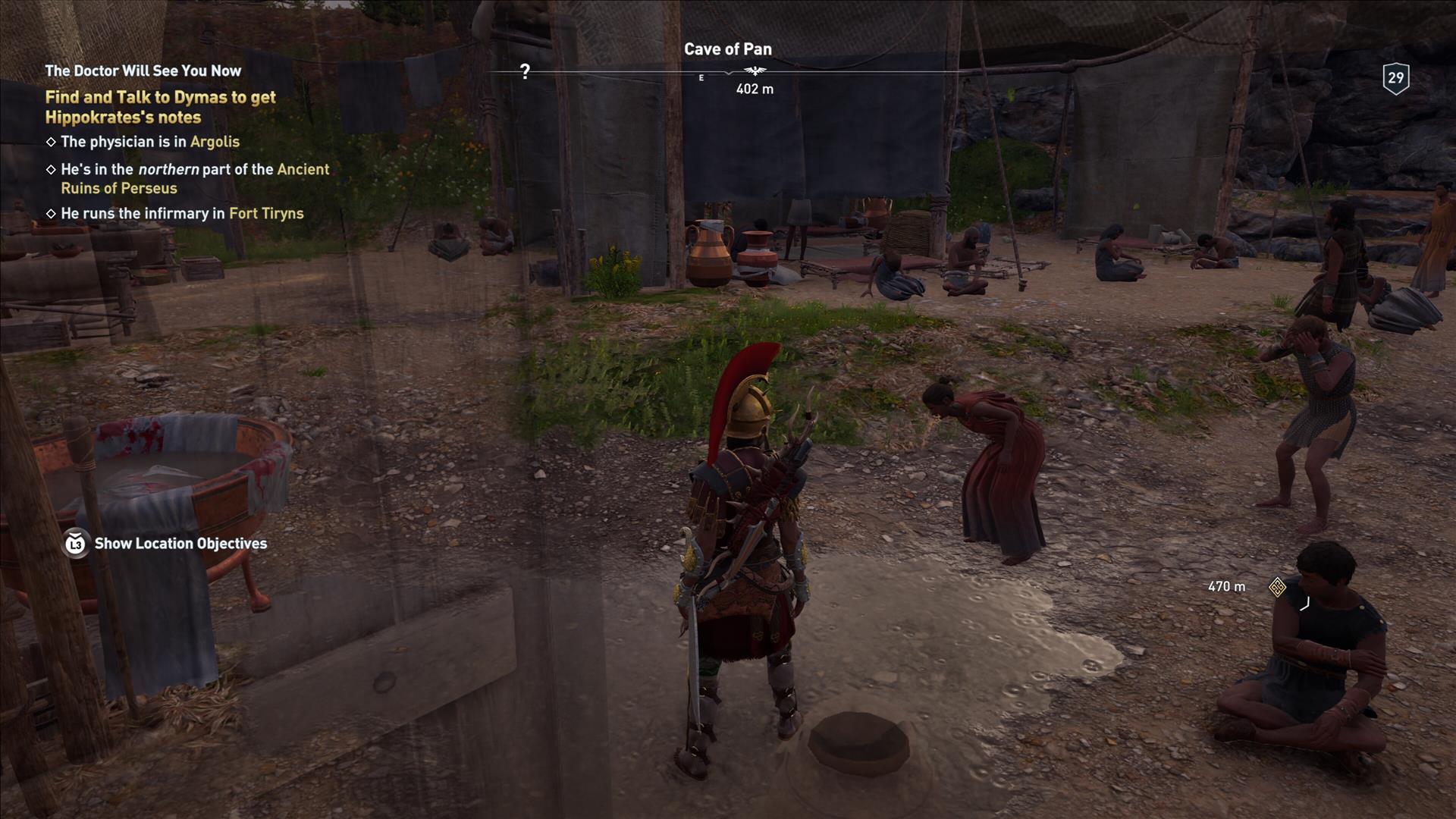 I couldn't help but imagine that every time I started Assassin's Creed Odyssey for a bit of seafaring adventure, some script would spin this woman back to life and start her on her endless puke-cycle. Just by playing the game, am I culpable in the torture of this woman. Am I forcing her to bear this horrendous fate, just so I can run around exploring caves and doing murders on yaks?
What must her experience be like? Her fate is similar to one of those Greek gods that lay on a rock and get their livers pulled out by vultures. She just stands there, all day every day, alternating between impatient irritation and blasting some celestial, magically endless vomit all over a dirt road.
Take heart, friends. My tale has a happy ending. I figured out how to make her stop vomiting. By lighting my sword on fire and murdering several other people in line for Hippokrates, I was able to properly distract the vomit lady to the point where she stopped puking and tried to engage me in battle.
Of course, then I had to set her on fire and slay her (and all of the other sick people - which built up quite an expensive bounty on my head). But I consider this a service rendered to these poor disease-ridden digital people.
Some fates are worse than death.