It seems everyone's trying to get into the game streaming business with players like Microsoft, Google, Sony, and NVIDIA having their offerings out there to try and entice you to sign up with them. Each is a little bit different in how they handle games available for subscribers. Enter a new player in Amazon.

Luna is Amazon's cloud gaming service and they have their own take on how it's done. Like Netflix, subscribing will net you access to all their titles without the need to purchase any. That means you'll get access to all available games without restrictions. 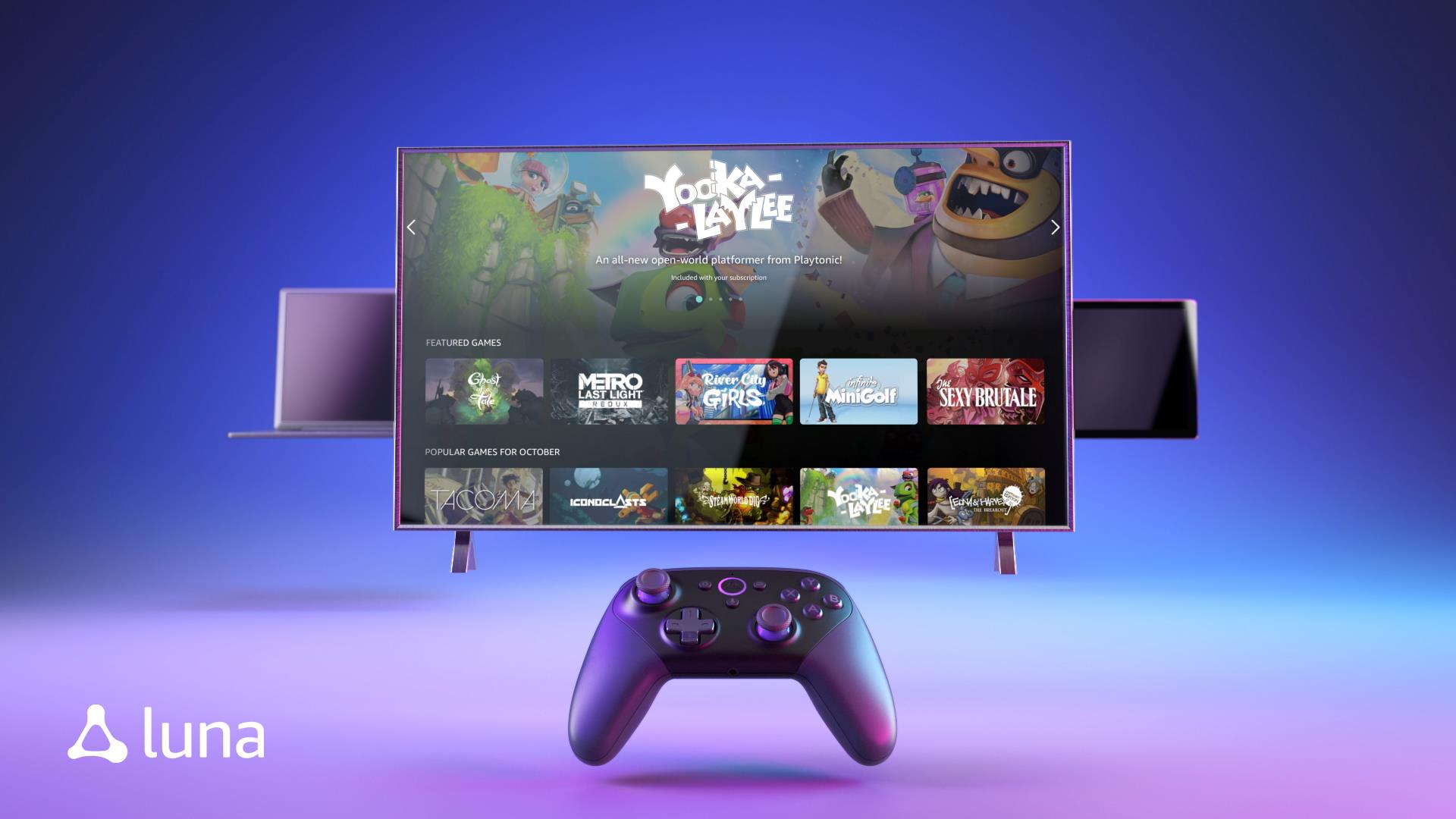 Amazon already has an enterprise network of cloud servers in Amazon Web Services and they're leveraging that to deliver the content to you. So there's no need to build any infrastructure as it's already there to start using.

At the start, you'll only be able to play on a PC, Mac, Fire TV products, and iPhone and iPad. An Android client is coming down the road, which is surprising to me as Amazon was rather big into Android and even had their own app store for a time.

You'll be allowed to stream to two devices at once, something that's already better than the other services and they are going to go up to 4k/60fps for some titles.

Something a little different is they will be offering publisher channels it seems. Ubisoft is the first one announced and from the looks of it, you'll need to subscribe to that rather being bundled into the base Luna subscription.

Amazon will also be selling a Bluetooth controller , which of course, is Alexa enabled. The controller has multiple antennas and can connect directly to their streaming services to control the games rather going through Bluetooth and then sending that info to the client and then to the server. You don't have to use the controller, but Amazon is going to sell you one if you do want or need one. 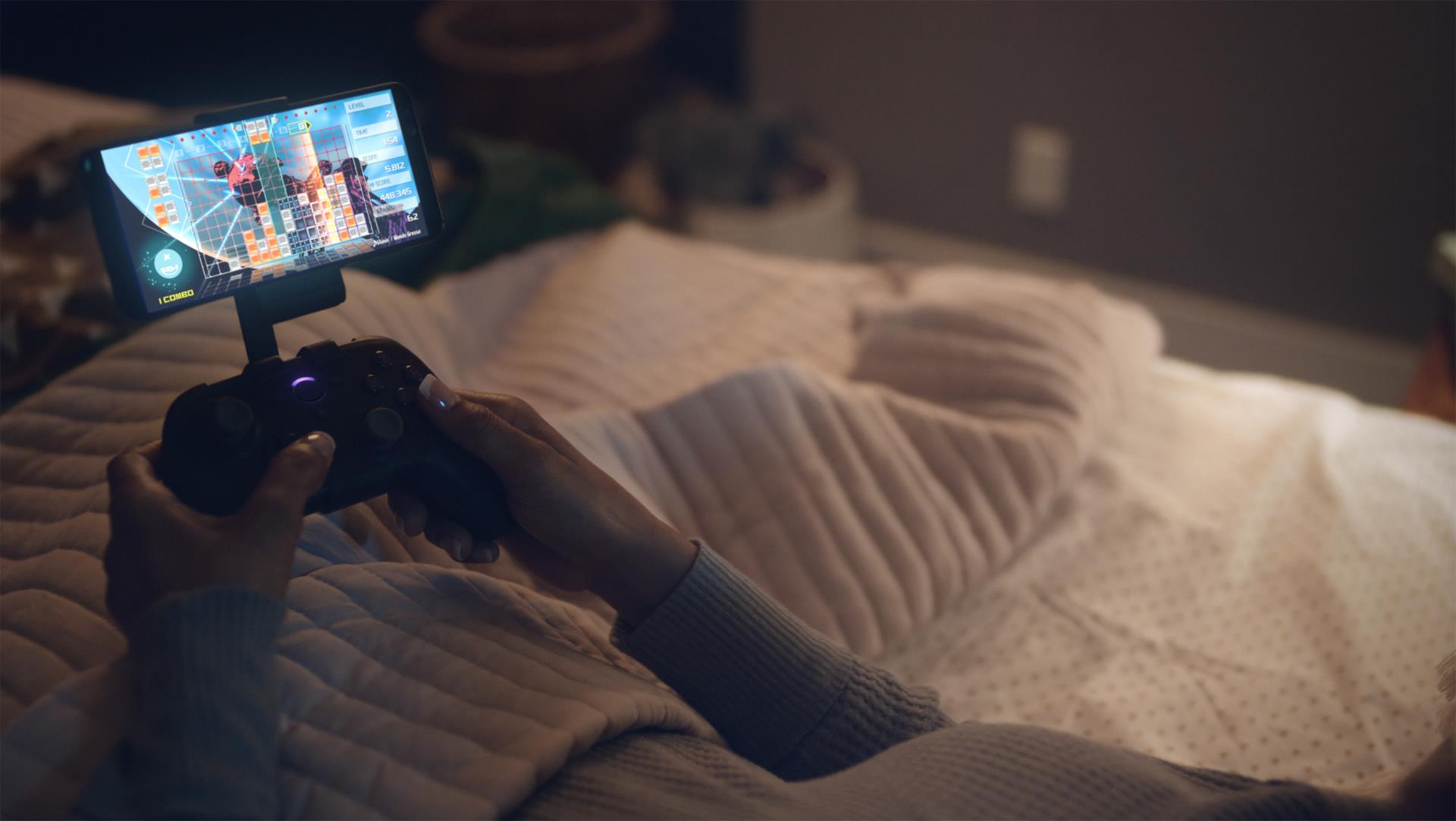 Since Amazon also owns Twitch, there's some Twitch integration in the service such as firing up a game straight from a stream you're watching.

For the introductory period, Luna will be $5.99 a month, which is cheaper than all the other options out there except for GeForce Now. You can be sure it'll go up after sometime, but it's not too expensive to step in and try it out. The Luna controller will be $49.99.

The jury is still out on whether this will succeed or not, but Amazon's going to try hard with an interesting offering that could pay off.

Introducing Luna—Amazon’s New Cloud Gaming Service Where it’s Easy to Play on the Devices You Already Own
September 24, 2020 at 1:49 PM EDT

Starting today, customers in the U.S. can request an invitation for early access and help shape the future of gaming on Luna

SEATTLE--(BUSINESS WIRE)--Sep. 24, 2020-- Amazon.com, Inc. (NASDAQ: AMZN)—Starting today, customers in the U.S. can request early access to Amazon Luna, a new cloud gaming service designed for instant play. With Luna and the incredible scale and capability of Amazon Web Services (AWS), it’s easy to stream high-quality, immersive games. Players can enjoy Luna games on their favorite devices without lengthy downloads or updates, expensive hardware or complicated configuration. They can even start playing on one screen and seamlessly pick up and continue on another. At launch, Luna will be available on Fire TV, PC, and Mac as well as on web apps for iPhone and iPad, with Android coming soon.

“We created Luna to make it easy to play great games on the devices customers already own and love,” said Marc Whitten, Vice President, Amazon Entertainment Devices and Services. “It’s Day One for Luna—we are excited to work with gamers, streamers, and publishers like Ubisoft and Remedy Entertainment to build a great gaming experience for everyone.”

Players can subscribe to the Luna+ game channel, which offers a growing library of games to play on Fire TV, PC, and Mac, or through web apps on iOS, with Android coming soon. During early access, Luna+ will include action games like Resident Evil 7, Control, and Panzer Dragoon; adventure games like A Plague Tale: Innocence and The Surge 2; platformers like Yooka-Laylee and The Impossible Lair and Iconoclasts; and fan favorites like GRID, ABZU and Brothers: A Tale of Two Sons. Luna+ will be offered at an introductory price of $5.99/month during the early access period, with more titles to be added over time. Additionally, Luna+ subscribers can play on two devices simultaneously and get resolutions of 4K/60fps for select titles.

Amazon also announced a new gaming channel with leading global video game publisher Ubisoft, available directly through Luna. Players who subscribe to this channel will have access to their favorite Ubisoft titles in up to 4K resolution, mobile gameplay, and access to new titles when the channel launches like Assassins Creed Valhalla, Far Cry 6, and Immortals Fenyx Rising the same day they release. This is the first of multiple Luna game channels in development, where customers can play games from their favorite publishers and genres.

"We're proud to be working alongside Amazon on Luna, utilizing the power of cloud gaming to provide our players with another way to access our games, wherever they are," said Chris Early, SVP of Partnerships and Revenue, Ubisoft. "Ubisoft's channel on Luna will allow players to experience our new releases along with many of our catalog games, while enjoying player-friendly features like Alexa and Twitch integrations."

Gaming is more social than ever before and Twitch is where the world’s best streamers meet the world’s most engaged gaming community. Twitch is one of the most important ways that audiences discover great games and experiences, and we think cloud streaming can make that kind of discovery even easier. Inside the Luna experience, players will see Twitch streams for games in the service, and from Twitch, they’ll be able to instantly start playing Luna games.

Luna is built on AWS and harnesses the power of the industry’s broadest and deepest cloud platform. What’s more, as new features and content are added for Luna customers, the backend tech that’s driving it all will also be frequently refreshed, ensuring a consistently improving experience whether they’re playing on their Fire TV, their phone, or anywhere else.

Customers in the U.S. can request an invitation today for early access to Luna. By choosing to participate, invited gamers will have the opportunity to contribute feedback that will inform future Luna features and development. Request an invitation to Luna today at http://amazon.com/Luna/.

At launch, Luna will be available on Fire TV, PC, and Mac as well as on web apps for iPhone and iPad, with Android coming soon.