With the announcement yesterday of the pricing for the Xbox Series X, we finally have all the information for both next generation consoles coming from Microsoft. Coming November 10th with pre-orders starting September 22nd, the two consoles offer the next level in gaming.

But what are the differences between the two consoles to warrant the $200 price difference? It can't just be the lack of UHD Blu-Ray drive on the Xbox Series S correct? And in fact, yes, that is correct.

If you're not going to be gaming in 4K, the Xbox Series S is for you as you can save a good amount of money while playing the newest games with features such as ray tracing and insanely quick load times. If you're going to go all out on a 4K TV and/or watch Blu-Ray movies, then you Xbox Series X is for you. The Xbox Series S will also feature a smaller NVME hard drive, which by the way, you'll have to get the custom hard drives to expand your system instead of popping in any ole drive in there.

Major Nelson tweeted out a nice table showing the differences between the two. So, a little over a week to pre-order and a little under two months before we'll be able to get it into our hands. Now we await what Sony has to say about their console pricing. 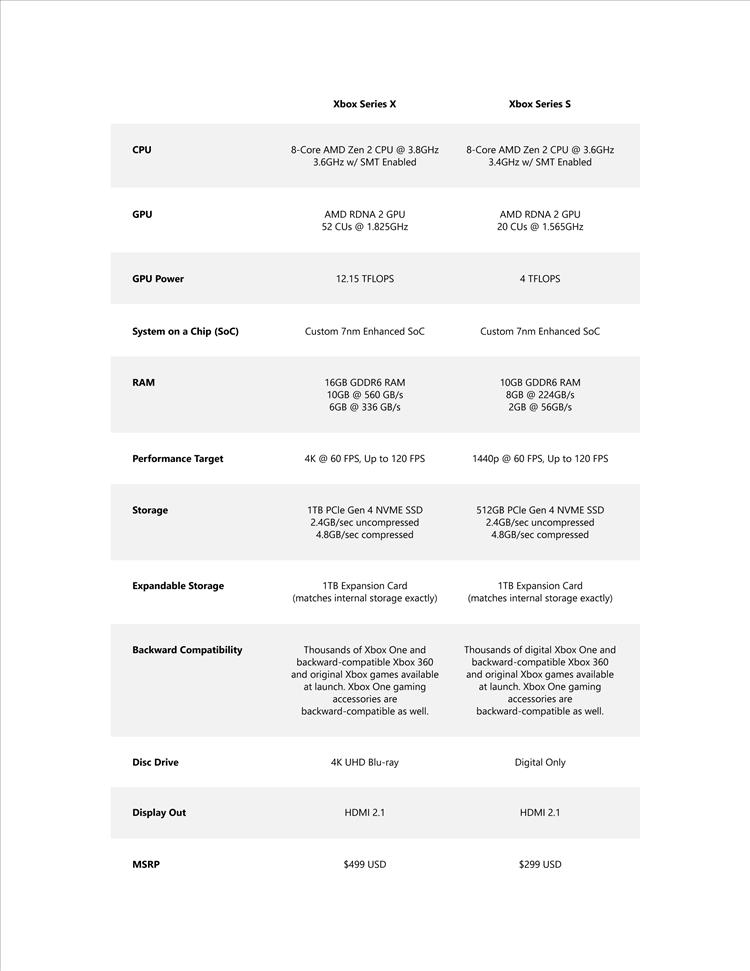