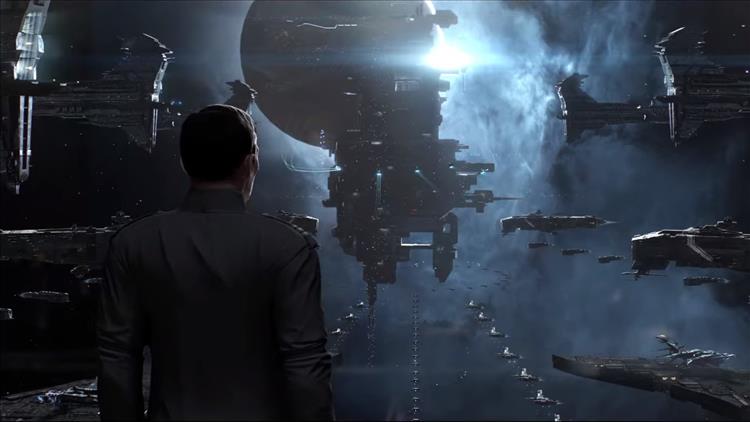 In a year when video games are breaking records left and right, EA just launched a bug-ridden Madden 21 to a historically low user score. Tesla is building a video game team at its under-construction Texas Gigafactory. And Eiyuden Chronicle: Hundred Heroes just became the third-most successful video game Kickstarter with $4.5 million raised.
So, what are you playing?

In anticipation of Serious Sam 4: Planet Badass releasing later this month, I decided to revisit Serious Sam 3: BFE. It’s…well it’s certainly a Serious Sam game. I reviewed this one way back in 2011 when it came out and frankly I think I rated it a touch high. It’s clear in my review that I was a little biased; I was so sick at the time of the endless Call of Duty media blitz that Sam 3’s comparatively straightforward, unpretentious action and abrasive, juvenile humor was an oasis in the Sahara, a bitter biting tonic against CoD’s bland, focus-tested homogeneity. In hindsight, Sam 3 is still pretty good. The action is solid despite rather uneven pacing and progression. It’s still quite pretty for a game released in 2011, despite the textures getting a touch muddy up close. It just isn’t as consistently enjoyable as other entries in the series. I still rank it higher than the awkward weirdness of Serious Sam 2, but Second Encounter is still the gold standard for me.

YouTuber GmanLives just did a retrospective on the original Prey from 2006, which instantly made me want to revisit that. Developed by Human Head Studios, Prey should be the picture next to “underrated” in the dictionary; I’m amazed this game still doesn’t get the recognition it deserves. It’s one of the most unsettling representations of a cruel, callous mass alien abduction I’ve ever seen; men, women and children alike being teleported into space and butchered like livestock by an extraterrestrial force so bizarre and unfamiliar that it really twists your spine. Very little is implied; you see a lot of this ugliness plain as day and it’s still starkly horrific.

The kicker is that your protagonist, Domasi “Tommy” Tawodi, his girlfriend, and his grandfather are Cherokee who get airlifted off their reservation just the same as everyone else. You don’t see nearly enough Native American characters in gaming outside of historical contexts and all things considered I think Prey did a pretty respectful job of it. Tommy has to grapple with his atrophied spirituality while he’s struggling against an unfathomably huge alien threat, and it makes him a much richer, more relatable hero. Oh, and Human Head figured out portals over a year before Valve did, and in my opinion they were more creative and dynamic in how they used them. It’s what I was hoping Valve would do with Half-Life 3 when that was still a viable promise; free the portal mechanic from its very proscribed, controlled puzzle formula in GLaDOS’s test chambers, and integrate it into dynamic combat. Valve apparently never figured out how to do that, so it’s frankly astonishing to see it working in Prey, in 2006.

It absolutely kills me that Bethesda bought up the IP and abruptly canned the extremely promising Prey 2 that Human Head was deep into developing. That game looked so damn good and expanded the universe and Tommy’s story in such clever ways, that I still refuse to purchase or play Bethesda and Arkane’s 2017 Prey reboot out of pure, poisonous spite. I’m sure Arcane did a fine job with Prey 2017—nearly all of my friends say so—but it’s a completely new IP as far as I’m concerned; it has nothing to do with the original game, it’s diverse protagonists, or its highly innovative story. So yeah, if you haven’t played Prey 2006, track it down, and you can join the rest of us embittered fans.

Should've known this would be a problem. I downloaded EVE Echoes. It's the mobile version of the only MMO I've ever really cared about: EVE Online. Now I'm having flashbacks to over a decade ago, of setting phone alarms for 3:00 in the morning to change up my skill training, being trolled by buddies to fly into the sun, and processing applications of players trying to break into the corporation.
The CEO of this new crew I'm rolling with cracked that old joke about EVE, calling it "Spreadsheets in Spaaaaace." Me? I'm just happy again, being able to fly internet spaceships around on my phone. Couldn't do that back when I was first playing EVE. And it doesn't even wake up the missus next to me in bed when I punch in at Oh Dark Thirty.

So this weekend is going to be busy for me as I put a few games through their paces. I'm jumping back into Half-Life Alyx and revisiting City 17. I just got DOOM Eternal so I'm really anxious to see what the fuss is about. Microsoft Flight Simulator is going to get some more attention as I try and fly through some familiar neighborhoods, taking in the sights that the sim beautifully recreates. Finally, I think I'm going to give Call of Duty: Modern Warfare another go, since I haven't played a good shooter in a while.