Crusader Kings III might be the best one yet, and maybe all it took were bigger menus and a better tutorial 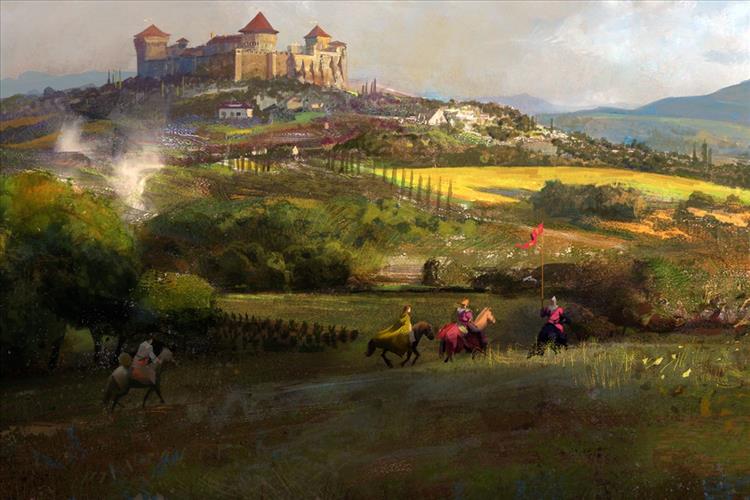 This is it. This is the one. This is the Paradox Interactive grand strategy game that finally—finally—hooks me for 300, 400, 500 hours. Don't let me down, Crusader Kings III. Your predecessor never did anything for me until you snuck that Animal Kingdom easter egg into the Holy Fury DLC. But that wasn't until six years later.

Regardless, Crusader Kings III is happening. Having launched September 1, armchair generals and royal soap opera kings and queens thrust themselves back into medieval Hearts of Iron. Which is only just so helpful of a moniker, I know, since that's comparing one Paradox game with another Paradox game. But if we can say, "Mass Effect is Dragon Age in space," or, "Dragon Age is Mass Effect with swords"—two BioWare series, shoulder to shoulder—then I think putting two Paradox grand strategy titles side by side is a perfectly apt comparison.

One mistake I keep making is thinking that Crusader Kings takes place in Western Europe. Y'know, in Germany, Italy, France, Spain, and the United Kingdom. But that's a huge, huge mistake, I'm realizing. The map reaches from the jungles of Central Africa north to the Arctic Circle. And from east to west it stretches from the darn-near China to the Atlantic Ocean. If nothing else, it certainly puts into geographic perspective why Jerusalem is the center of the world.

I haven't gotten all the way through the tutorial yet. There's a lot of reading for a relative newbie like myself. There are pop-ups inside of pop-ups inside of pop-ups, and it's absolutely what this series needed not only to survive, but to thrive for the next seven or eight years. The hand drawn map? Lovely. The 3D models of characters? Also lovely. A little more direction given with smaller campaigns alongside the enormous sandbox? Imperative.

But figuring out better ways to teach its players how to play its game? That's the single most important step Crusader Kings III has taken to ensure its success. I'm not going to lie though: handing more screen real state over to artwork and menus was also a very important step. In Crusader Kings, you spend a ton (a ton!) of time in the menus, and they were squinty-eyed and small-as-heck in CK2. It kept trying to pretend it had an uncomplicated UI by simply shrinking things down until you could barely read and interact with them. That was by far the wrong answer. CK3 remedies that problem handily, finally realizing that, yes, a lot of its game takes place on the menus, not just on its ginormous map.