Quit trying to watch The Vale and just listen 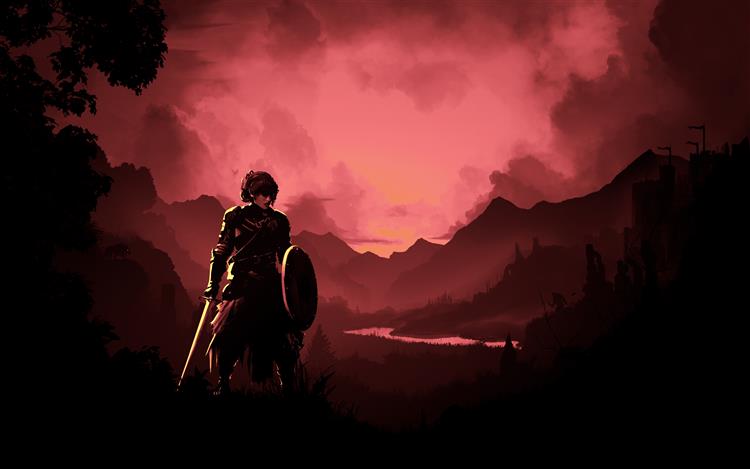 If you want to challenge your expectations for what a video game is or even can be, The Vale: Shadow of the Crown [official site] will do that for you right now. You see an artistic thumbnail kicking off the YouTube video—but The Vale doesn't have visuals. It's an audio-based game. I listen to podcasts and the occasional audio book, so it's not like I cannot imagine a world where I receive information with only my ears. But I've certainly never played a video game that was 100 percent audio-based. Try to play through Beat Saber or Skyrim or Fall Guys (name any game you want) with a blindfold and you're going to have a bad time.

But with 3D audio and a haptic feedback controller, The Vale is going to hook you up with five hours of medieval combat and exploration, necessarily backed by exceptional sound design and voice acting. I mean, real-time combat? Loot? Weapons and armor? Quests? Animal hunts? Lost artifacts tucked away in dungeons? Hey, it's not going to have the complexities of Dark Souls combat, thank goodness. It might play out more like a quick time event with simple, timing-based button presses. I wish this announcement trailer would convey even a split second of how gameplay works in this, but for now, let yourself be challenged: listen to what it might be like to play The Vale.

As your elder brother takes his place on the throne, you are made warden of a small keep on the outskirts of the kingdom. Blind from birth and sheltered for much of your childhood, you welcome your exile as a chance for a little adventure.

En route to the borderlands, your caravan is attacked by the vanguard of a huge invading army sweeping eastward toward the capital. You escape but find yourself alone in hostile lands. With the aid of a local shepherd, you must survive the long, dark, dangerous valley that leads home... A journey that will reveal startling truths about your land, your people and your own family.

I'm doing my best to broaden this horizon for myself. I kept staring at the screen like suddenly something would pop up that would help me regain visual acuity. I had to just stop trying to watch this trailer and actually listen to it, imagining the audio story being told. It took me a minute to mentally shift those gears. Give it a shot. You might hear an interesting game happening.