If you don't know what Fall Guys is, you've probably been living under a rock. The game took the entire world by storm a few weeks ago and is like Takeshi's Castle, American Gladiators and Ninja Warrior all rolled into one.

I personally love the game as this is one of those games you can't believe hasn't been made before. The whole gameshow concept is something I have always loved with games like Smash TV, Monday Night Combat and Deathrow. I really wish more games were made like this.

Anyways season 1 is currently underway but we won't have to wait long to get a look at season 2 of the game.

From Geoff Keighley's Twitter, he confirms a sneak peak at for Season 2 of Fall Guys will be revealed on August 27th during Gamecom's Opening Night Live. 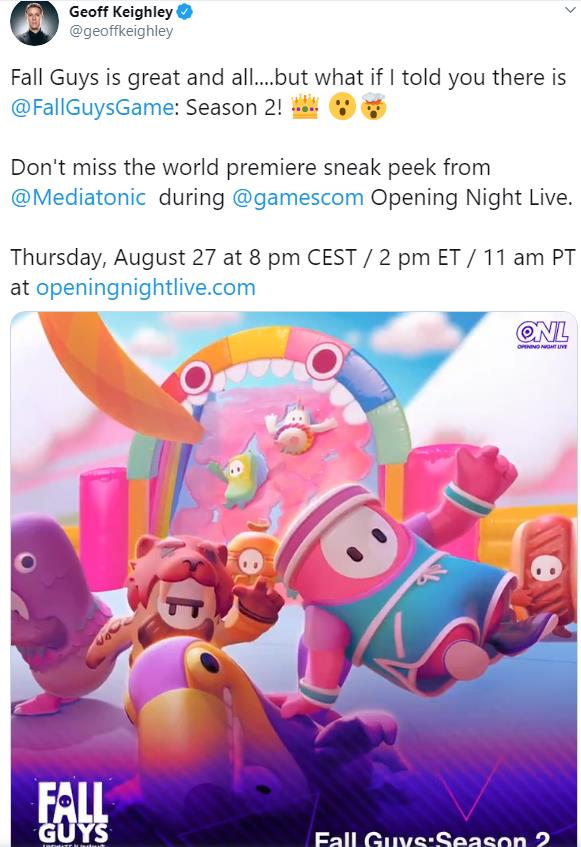