Chromebooks can now get into the action with GeForce NOW

GeForce NOW has been working on a myriad of devices and today NVIDIA has decided to add another to their lineup. Those with Chromebooks will be able to install the client and get into the game easily and have games like Half-Life 2 or The Witcher III run on a thin client.

A lot of schools issue Chromebook to kids and with the distance learning that's setup in many school districts around the country, students will be able to use their Chromebooks to game after they're done with their studies, of course.

Not only are Chromebooks able to use GeForce NOW...well now, but there's a special bundle pricing for the subscription. You still have your free tier and Founder's tier, but NVIDIA has added a limited time $24.99 6 month option that saves you $5 and gives you a Hyper Scape season one battle pass and content.

I've been digging GeForce NOW even at the free tier and myself and my family have had fun using our NVIDIA Shields and tablet PCs to stream our games from NVIDIA's servers. They're adding new games each week so there's plenty to play and if the game supports RTX, those on the paid tiers get the added graphical fidelity that really make the games stand out graphically. 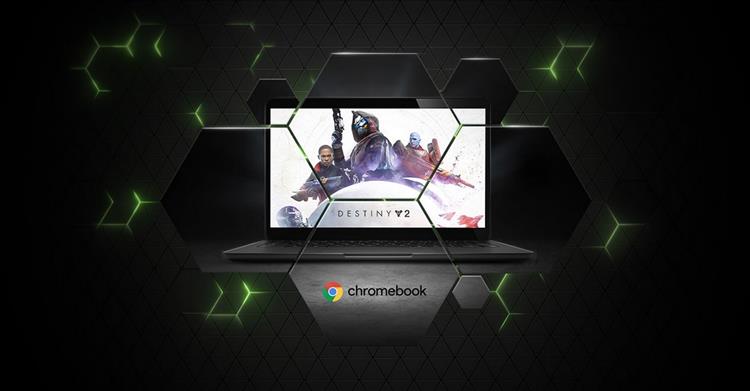