Once again, Stadia has surprise-launched a new title. They seem to get a particular kick out of dropping games unexpectedly into the Stadia Store. This morning, DOOM 2016 - one of the most requested titles announced for the platform - quietly showed up in the Stadia Store: 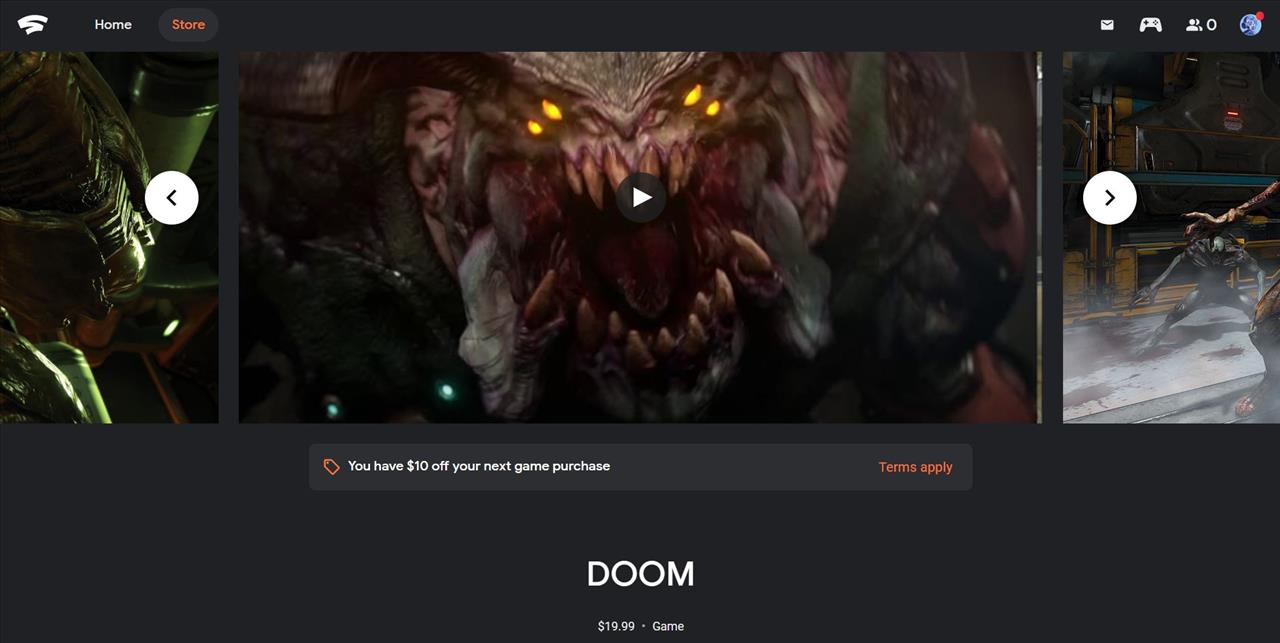 Retailing at a reasonable $19.99, the uber-popular FPS appeared with no fanfare whatsoever. The Stadia Store has a "From Bethesda" section right at the top, and DOOM is not included with those offerings. In the "New on Stadia" section...nada.

For now, interested players will need to scroll all the way down to the "All Games" section of the Stadia Store, and scroll down to the D's. DOOM is sitting right there, waiting for them to pick it up. As a side note, DOOM Eternal is on sale right now for $29.99, so you could pick up both titles for $50. Not a bad deal.