Some pretty great titles were announced today for August's Free with Pro games. This month's offerings include a mystery game, a couple of great (and very different) shooters, and an acclaimed rhythm game. 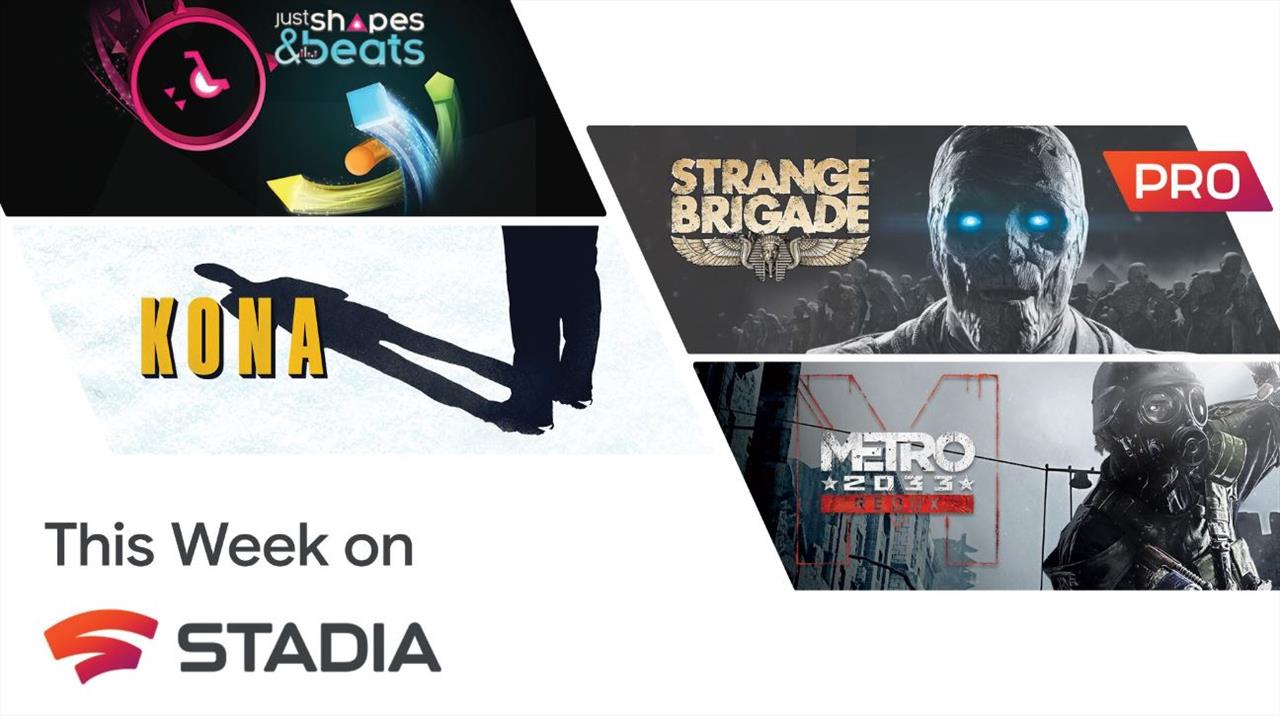 "The curses of ancient Egypt return to life in Strange Brigade, a cooperative action adventure for up to four friends. You’ll explore labyrinths prowled by undead guardians and hideous monsters. Harness traps to turn the tables on your enemies, or blast your way to the heart of Seteki’s temple."

Next up is Kona, the Canadian mystery title. I've been meaning to check this game out for years, and now I will finally get my chance.

"Embrace your inner detective in Kona, a chilling adventure set in a snowbound Canadian village. Something strange is at work at the edge of the world, and it’s up to you to solve the mystery and survive. Kona challenges both your wits and your nerves. Unravel a web of clues as you search a spooky, abandoned northern retreat in the midst of a deadly blizzard."

Just Shapes and Beats is a beloved rhythm game that currently owns an "Overwhelmingly Positive" score on Steam. Speaking of Steam, the official Stadia blurb was a little brief, so I pulled this longer explanation from the Steam page:

""Just Shapes & Beats" is a chaotic co-op musical bullet-hell based on three simple things: avoid Shapes, move to the kick-ass Beats, and die, repeatedly. It’s a new spin on the SHMUP genre, adding a layer of cooperation that’s at the core of the game: because everything is better with friends. Play alone or with up to four players, local or online, through the game’s Story Mode or Challenge Runs."

Finally, everyone gets a copy of Metro 2033 Redux (GN score 8 out of 10). Everyone knows all about that one, right? We're all hip to the first Metro game? We good here?

And last but not least, don't forget that Stadia Pro members will also be getting a free copy of Rock of Ages III on August 14. Currently rocking a mid-70s score on Metacritic (varies a bit by platform), Rock of Ages is the game that has you rolling a boulder down a hill, crushing everything in your path. Pretty sweet. Smashy crushy fun, and Monty Python-esque animation. Can't lose.