Crayta has released, and good lord! I suck at my own game.

Crayta released today as a Free with Pro title on Stadia. Just look at all these new players, wandering around in the hub, wondering what to do: 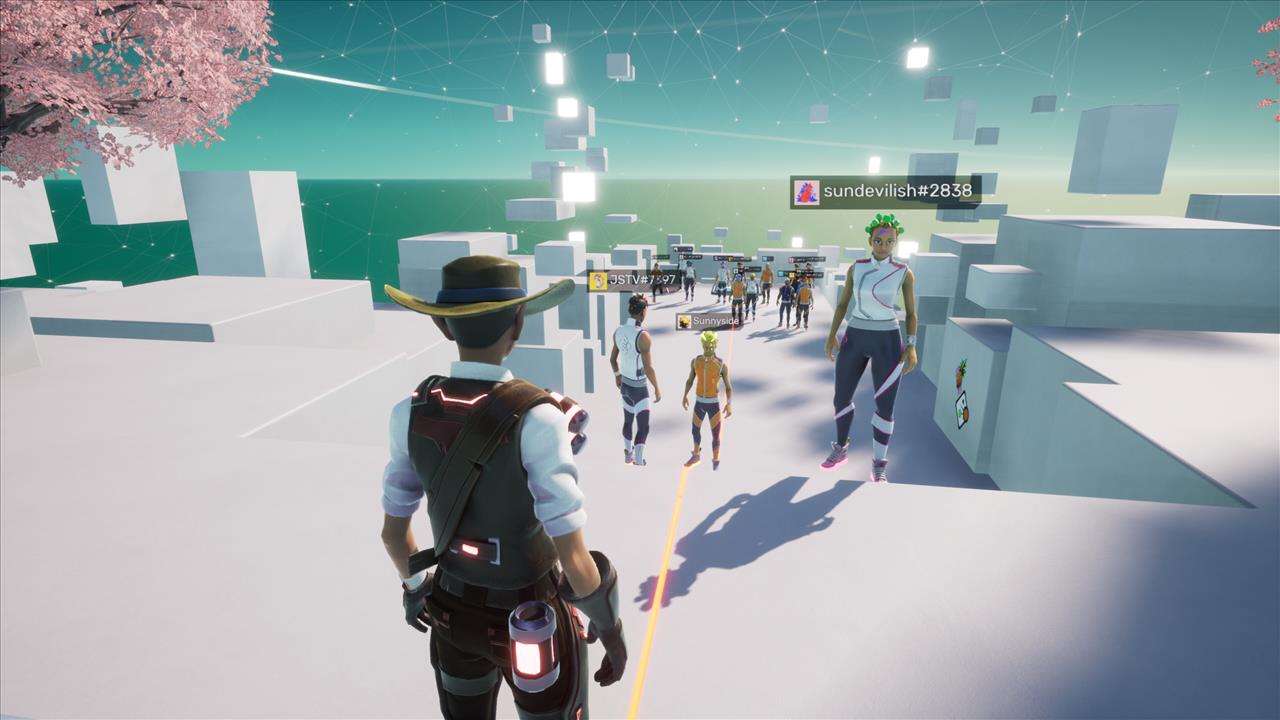 As part of that release, my homebrewed glass shooter-dome Transector is now available to the public. And not surprisingly, the public absolutely wrecked me in my own game.

For those that haven't been following along with my reports (and my review), I used the awesome creation tools in Crayta to create a free-for-all shooter map constructed entirely of glass. The idea was that players would be able to see each other all the way on the other side of the map, but there would be layers of glass between them. My son and I went nuts, constructing spires and tunnels, secret perches and camping spots.

Today, I got to jump into the game and check it out with real world players. I was delighted that the map worked as planned. You can indeed see other players, wherever they roam on the map. The glass walls and tunnels filter out all of the smoke I added, so its almost as though everyone has infrared vision at all times. It's pretty dope.

What's not dope is my performance against some guy named Balsamic, who absolutely destroyed me. I don't really play shooters, and it showed. A lot. I was busy running around checking out my handywork, and he was busy popping off headshots and putting me face first in the ground, over and over.

Final score: Balsamic - 16, Eric - 2. Good lord, people on the internet can shoot! Here is an image of one of the two times I was able to fumble my way to a kill: 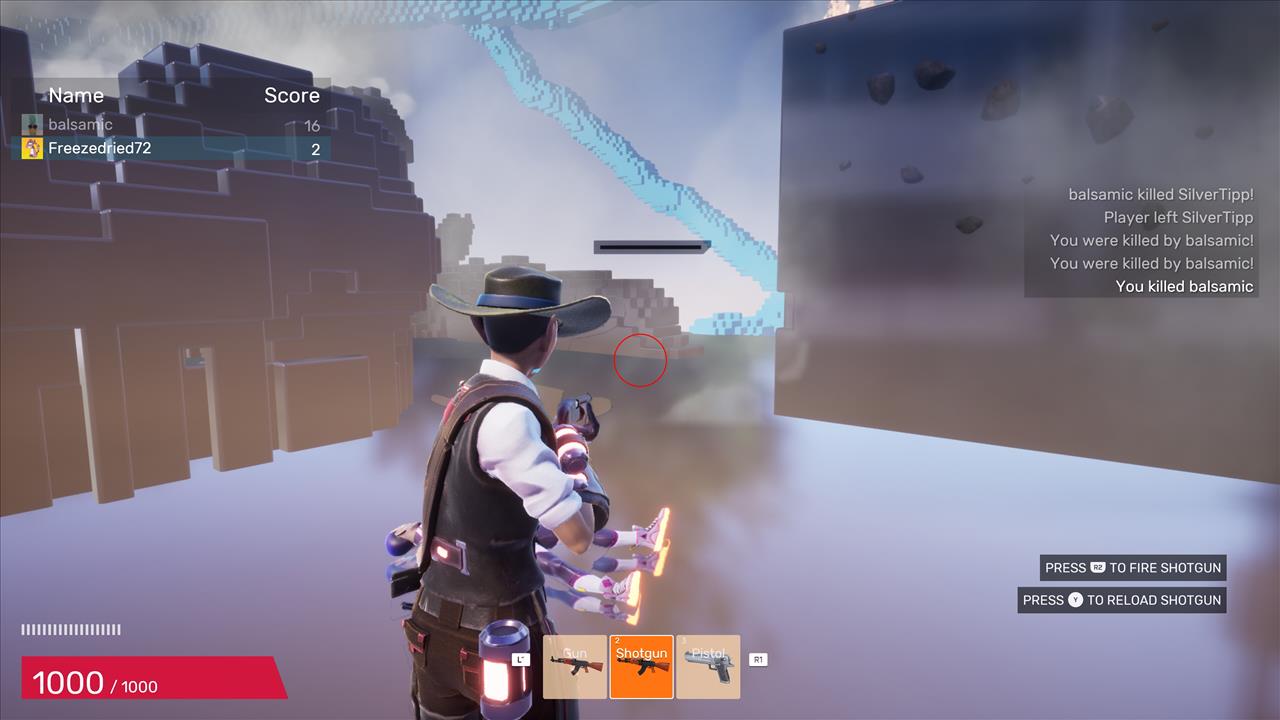 Regardless, Crayta is out now, and you should check it out. Maybe I'll be lurking in Transector later. You can swing by and blast me in the face with a shotgun.