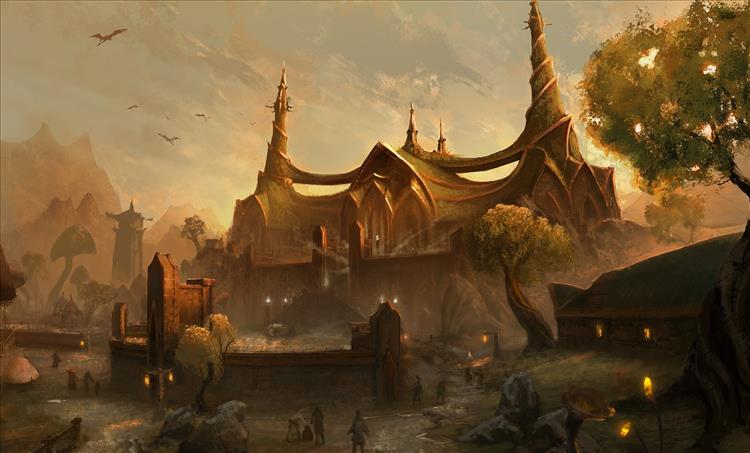 Hot on the heels of the PlayStation 5 reveal, Kentucky Fried Chicken trolls audiences by introducing the KFConsole. Having crossed the $300 million mark in crowdfunding, Star Citizen just beat Call of Duty: Modern Warfare 2 to become the most expensive video game ever developed in development. And it took 25 years, but Lee Carvallo's Putting Challenge from a 1995 episode of The Simpsons is now a real video game you can play.
So, what are you playing?
Eric Hauter
I'm still poking at the XCOM 2 Collection on Switch. After rushing through much of the game for my review last week, I am now settling back to enjoy a "fun run", meaning a playthrough just for me. This allows me to keep the Switch next to my bed and just flip it on for a battle or two when I wake up in the morning, while my wife and kids think I am still asleep. Great way to get the day started.
I've also jumped back into The Elder Scrolls Online now that it has been released for Stadia. I started on PC, but since ESO on Stadia has cross-play and cross-progress, I was able to easily port my High Elf Templar over. Now I'm just trying to get my mind around the differences between the PC and console versions. Interestingly, ESO knows what device you are streaming to. When you stream to a PC, Stadia gives you the PC version. But when you stream to a Chromecast, it gives you the console version - similar to the PS4 version. The controls are significantly different, as are the menus, so I'm fumbling around quite a bit. Super fun though.
I'm also playing an as-yet-unreleased Stadia game for review. This one is under embargo, so I can't talk about it, but look for a new Stadia review early next week.
Randy Kalista

I queue up the whiskey-neat drinking music, pop up my blue collar, and clip on my spacewalk suit tethers. Hardspace: Shipbreaker is first-person zero-gravity ship salvaging. The $1 billion debt I'm saddled with from the start is also very first-person. I don't have a salary. I don't have a 401(k). Everything I cut and lasso into that salvage barge (you can see a terran planet in the background) contributes to paying down my debt. And don't even think about dying as an escape. That just activates one of your clones, which also costs money, shoving you further underwater. Ahhh capitalism.
Carter Kilmann
Thanks to Age of Wonders: Planetfall's recent expansion, Invasions, I've reimmersed myself into the Star Union universe. Like Eric, I recently finished my review, so I'm playing the expansion through a less analytical lens. Instead of worrying about the perfect way to describe the Voidbringers and their desire to destroy worlds, I can have fun tinkering with different strategies and further exploring the new game features.
I've also parachuted back into Call of Duty: Warzone. After spending two and a half months away from the game, my sharpshooter skills (and chances of being the lone survivor) have, unfortunately, eroded.