I got a rather charming email yesterday from PowerBurger Games, touting the May 29 release of Escape from Life Inc.

Billed as a story-driven puzzle platformer, Escape from Life Inc follows the misadventures of three very different animals who have been kidnapped by an alien lab. Each animal has a particular skill - the eagle can fly, the reindeer (airlifted from a rather bleak representation of the North Pole) can smash stuff with its antlers, and the walking fish (they aliens have given him legs) can swim. Working together, they animals clear obstacles in a series of light puzzles, while engaging in some fairly intense platforming.

The twist is, Escape from Life Inc was developed by one 15-year-old from Sweden, working completely solo. And while the somewhat basic art style reflects its origins, Escape from Life Inc is full of life and good humor. Each of the animals has their own personalty, and the game diverges randomly into wild non-sequiturs, with the trio constantly encountering little pieces of weirdness aboard the alien vessel. I particularly enjoyed one moment when the three animals wander into a cave with a single mushroom hanging out in it. The fact that this kid took the time to build a cave on an alien ship to house a mushroom - and then completely declined to give it any dialog or explanation - is utterly marvelous. Many of the characters the trio encounter are weirdos, and they say wild, off-the-wall things. 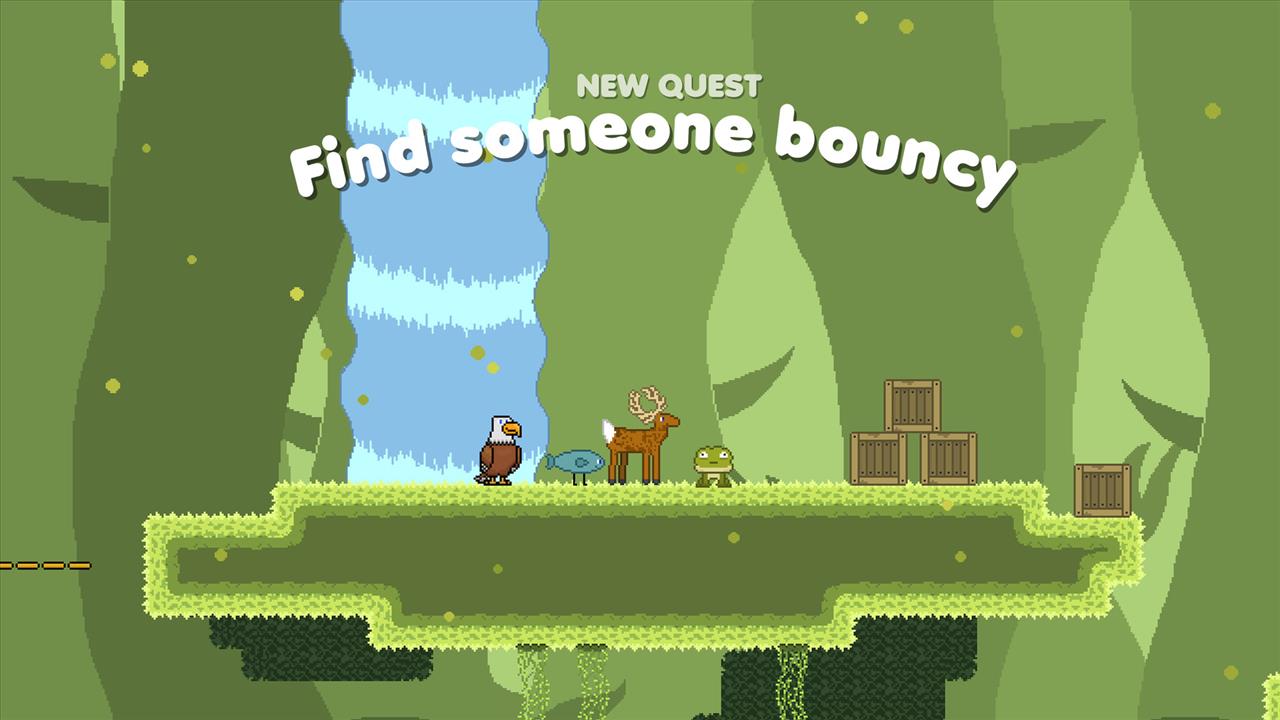 Writing this article is not simply an effort to point out the novelty of a game showing up on Steam after having been developed by a young person. Escape from Life Inc is actually a lot of fun, with some absolutely solid game design built around its goofy premise. The humor throughout actually made me giggle and smile, with nothing showing up that would be inappropriate for kids. (Well done. At fifteen, my game would have been blood and guts and naked people setting each other on fire.) The puzzles are just tough enough to tickle the brain a little bit, and the platforming is rock solid. This is a game that could have easily existed on SNES or Genesis, and bears all the marks of a particularly charming example from that era.

Those interesting in supporting a young person producing some quality work that was obviously a labor of love can wishlist Escape from Life Inc at its Steam page here.