Steam's Spring Cleaning Event digs through your Pile of Shame

With mid-century modernist architecture and a multi-level basement that'd give any Fallout Vault envy, the Steam Spring Cleaning Event is a retail metagame encouraging you to tackle your backlog. Taking place from May 21-28, you can earn some kind of badge for completing six tasks, mostly corresponding to the seven basement levels of your new Steam home.

I click on Dewey. Dewey is the cute little robo humming a little tune and coming up with algorithmic suggestions on what you can play next. The first suggestions little Dewey dug up for me were Armello, Kingdom, and Portal 2. Dewey says, "I've used my machine learning to suggest what you should play next in your library. Players like you *love* these games! My noggin tells me you will too." And you know what, Dewey is probably right.

What Dewey's machine learning doesn't teach him, though, is that I've already played plenty those games. Just not on Steam. Five years ago I was having a good time with the board gamey Armello and its Redwall-themed Game of Thrones—on PS4. I've had half a dozen false starts on Portal 2 over the last eight years—on Xbox 360. And Kingdom? Let's just say I was alt-tabbing out of that game in a browser two career changes ago, back when my 10-year-old was still, like, three.

So, ok, fine, I'll play one of these games on Steam, just to go along with this little Spring Cleaning Event. But this first floor of my basement is already making it perfectly clear what a lot of my backlog is made up of: games I've already played on other platforms, but I've somehow acquired again on Steam. Be it Humble Bundles or Steam gifts or other stores' freebies—who knows? I'm sure plenty of these will be games that genuinely belong on my Pile of Shame; games that I've bought just to collect (hoard), or games I bought on a whim that I wasn't in the mood to play immediately, or even games I knew I already had on, say, my Xbox 360 but wanted a copy of on my PC in the event that the wife and kiddo were hogging the TV. Or, let's be honest, before I get through every level of my Steam basement here, I'm going to find games that I bought for a second time, forgetting that I already had it somewhere else, probably because a Steam Sale had me rubbernecking the price until I bought it again without seeing if I already had it.

Either way, this event should have you primed for buying new games the moment the Steam Summer Sale hits. That should be in about one month exactly. The date of these sales is never confirmed by Steam too far in advance, but the big seasonal sales always kick off very closely to the first official day of each season (and Summer 2020 begins June 20). See you in the basement, folks. 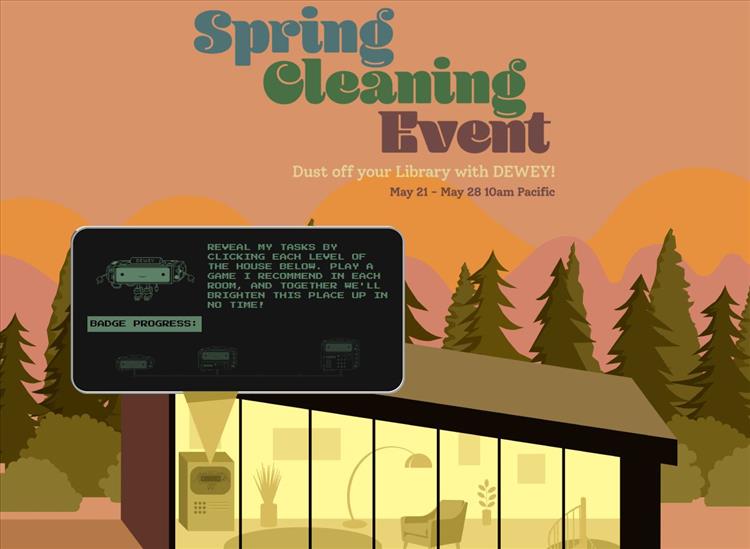