Streets of Rage 4 is hitting retail shelves in July

Streets of Rage 4 has already hit digital storefronts to a pretty good reception. However, if you're waiting for a physical release then you won't have to wait much longer...well, if about two and a half months is "not much longer". On July 24th the standard edition of Streets of Rage 4 will physically launch on the Nintendo Switch ($39.99), Xbox One ($34.99), PS4 ($34.99), and the PC ($29.99). This edition will include the game, a reversible cover, an art book, and a keyring. In addition, a Signature Edition will launch on the same day for about $20 more on each system except for PC. The Signature Edition will also include: 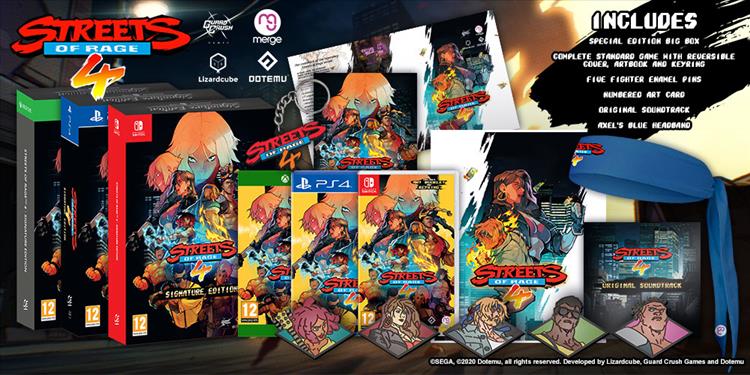