Publisher THQ Nordic, previously known as Nordic Games, confirmed today that they'll be trading the Painkiller & Red Faction IP's to sister publishing company Koch Media in exchange for the Risen, Sacred, Rush for Berlin, Second Sight, and Singles: Flirt Up Your Life IP's.  A very strange predicament to see in today's industry but nonetheless exciting to see.  THQ Nordic has been on an incredible roll in respect to ports and remasters, with no signs of stopping.  The company posted a picture to visually communicate the swap as well: 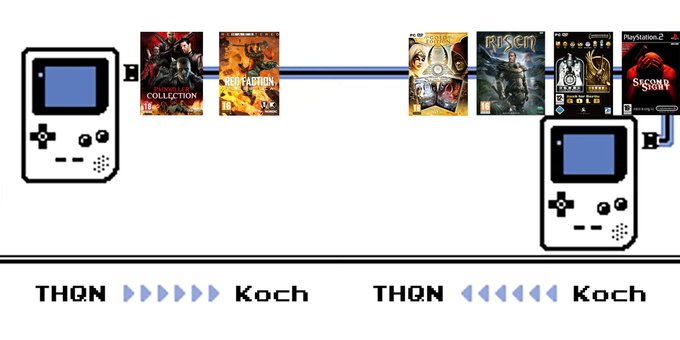 *Singles: Flirt Up Your Life property not shown above

It's harder to say which direction Koch Media will initially take with those two venerated franchises, but there's no doubt eventual sequels are on the way.  And if there's another Red Faction game that reaches the quality of Red Faction: Guerilla, we'll undoubtedly lose our collective minds again.  Exciting times to see these deals being made with next-gen around the corner.