The COVID-19 pandemic propels video game sales to a decade high. When this developer posted about her "new baby," people just thought she was talking about the game she released. And movie studios continue to look toward video game tech to get their film shoots back on track. 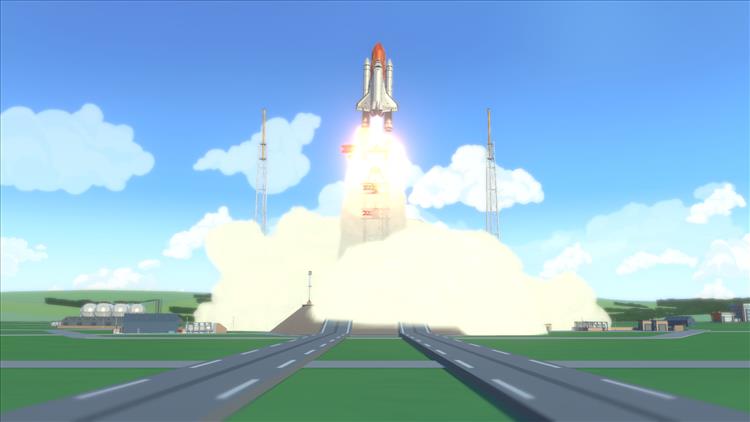 Josh Bennett
I am still powering through the Final Fantasy VII Remake, and have really enjoyed the expanded Midgar story and character development. I'm glad I bought this one at launch, but sad that I will need to wait for additional releases to play the entire saga. A small part of me wants to fire up the the original, but I have a few other games in my queue I'd like get back to first. And there is also the games that deserve a second chance.

First, I put my Nioh 2 playthrough on pause to focus on FF7. I think I am close to the end of new game, but was enjoying it immensely, and look forward to continuing on to new game +. Soulsborne games are generally more fun for me once I get a build set up so I'll probably immediately jump into that. I am running through with a magic build, with all my focus on magic and lighting, and loving it. Thought I have a friend who I teamed up with—for a few missions—and he is a ninjistu build. He absolutely wrecks everything.

I wrote about Mars Horizon being offer to players to beta test last week. I signed up for that, have about 10 hours invested, and plan on giving it 10–15 more. Though not quite what I expected,  it has some interesting mechanics, and has been pretty fun to play. There was an update today, so it appears the development team is working with the player base to make adjustments. Also, while initially reported as a single-day beta, the instruction I received indicate this will be running through May 4. The fact they are actively making changes is a good sign.

Lastly, I've been toying with checking out No Man's Sky and Fallout 76. I was a launch player for both games, and I quit playing shortly after launch. I am still slightly bitter at how my expectations were set so much higher than what was delivered. However, I've heard nothing but good things about both—especially NMS—and really want to check it out in VR.

Eric Hauter
Through the writing of video game reviews over the last couple of years, I've discovered that I absolutely love giant Ubisoft open world games. I have never really given them a shot before, but now I've played enough of them that I can just swoop in right at the beginning of a new one and buy all those sweet perks with my Ubi-Points (or whatever they're called).

Point being, I was kinda bored, so I picked up Far Cry Primal the other day (or as it has become known as in my family, "Caveman Simulator"). Needless to say, I'm having a great time running around the jungles of 10,000 BC Europe, whopping bad cavedudes on the head with my bone club and setting cave tigers on fire. I haven't made it terribly far in the story, because I can stop running around causing havoc. It's a fairly grand time for the 10 bucks I paid for it.

Randy Kalista
Mount & Blade II: Bannerlord early access is staring at me, eyes bugged, wondering why I haven't advanced from unknown arena combatant to Total War general yet. All I can say is, I'm spending more time slow-walking through cities and chatting up villagers than I am tearing down shield walls and invading inner baileys.

I couldn't decide between Surviving the Aftermath or Endzone – A World Apart. Trust me, you can't tell the difference between them in screenshots. Both are isometric city builders. Both are post-apocalyptic. Both probably have an AI that can't decide whether to get potable water from the rain collector or patch the holes in their corrugated tin roof before dying from exposure anyway. But from what I've seen, Endzone is more like Surviving Mars while Surviving the Aftermath is more like Banished—and I'm more of a Banished guy.

Speaking of surviving nuclear winters, I'm hot-swapping between Fallout 3, Fallout 4, and Fallout 76. Can't get my mind right with any of them. Do I want the colorless palette and colorful language of the Capital Wasteland? The Boston Strong townies of the wicked Commonwealth? Or be able to just shoot the breeze with the staff singing "Country roads, take me home"? Flip, flip, flip.

Rob Larkin
I bought FIFA 20 a while back when it was $20. The game is terrible. It's just so bad it deserves its own article about how shoddy it is. But here I am, still playing it, because even a bad FIFA game is still FIFA, a series promoting a sport and a career fantasy I desperately long for.

I should also be finishing up my first run through Doom this week. With the release of Doom Eternal I realized I had. never actually played the 2016 remake that was so highly acclaimed. Well, all those accolades were for good reason. It's just about as perfect at what it tries to do as a game can be. And there is no time. like a global quarantine for the sweet sweet release of some Rip and Tear.

Lastly, I've been dipping back into Destiny 2 some. I spent an Iron Banner getting all my characters to the soft cap so I only dabble a bit each week and look for a clan raid if one is available, but last week and this one there is an exotic machine gun for purchase after a bit of grinding, so I'm in for as long as it takes to earn that.