Odin, Freya and Frigg, thank you for answering my prayers.

Once the series got past the Golden Age of Sail it kind of lost me. I love those busy urban areas, but only when complemented with lots and lots of countryside. Black Flag (in the Caribbean) was the pinnacle of the series for me, and Origins (in Egypt) wasn't bad either. I hear that Odyssey (in the Greek Isles) is a new high water mark, but you have to pick and choose your battles when it comes to another hundred-hours-long Assassin's Creed. I know they're out there, but I don't personally know anybody that's been able to play every new Assassin's Creed game that's come out year after year.

What's this next Viking-themed Assassin's Creed going to be subtitled? Odin's Wolves? Thor's Hammer? Drakkar's Noir? It's definitely going on my wishlist if it's named after that one bottle of cologne I wore all through high school. And let's hope for a speedy launch. Let's go with 2020, Ubisoft, whaddaya say? I don't want the launch date to be so far out that I get tired of waiting, finally play Odyssey, then get stuck on 800 hours of gameplay so that I'm burned out by the time Vikings show up. 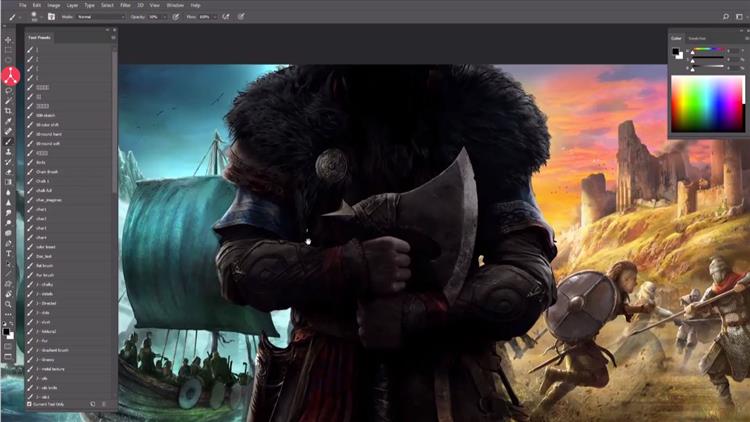