May PS Plus has your urban and rural simulation needs covered

Sony Interactive Entertainment has just announced the PS Plus games for May 2020: Farming Simulator 19 and Cities: Skylines – PlayStation 4 Edition.  These disparate simulation titles will be competing for your precious time. And it seems like both will be worth it!

Paradox Interactive's award-winning city-management sim was met with generally positive reviews on Metacritic (with exception to the Switch version).  We gave the PC version a 9.5/10. We said, "Cities: Skylines brings the city building genre back after its near demise from other series' flawed game releases. The inclusion of large game maps, natural resources management, addictive progression system, and all of it running at a near-flawless technical performance make Cities: Skylines the new standard in city building games."

Very few games, of any genre, are able to elicit such high praise from this team.

Farming Simulator 19's reception is slightly more mixed, with an accumulated 64 MetaScore for the PS4 version. Although Gaming Nexus didn't post a review for this particular entry, perhaps this farming simulation could be up your alley.  For a total (non-sale) price of $79.98 between the two, seems like a solid deal regardless.

Keep an eye on Gaming Nexus for any PS Plus updates. 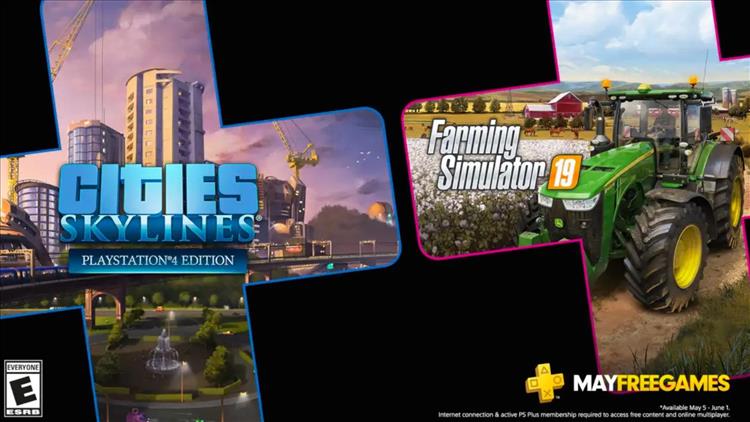