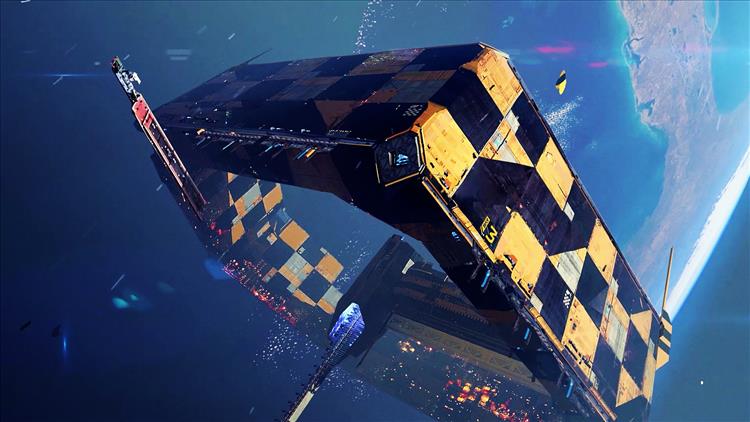 Blackbird Interactive, the makers of Homeworld, are super into this concept of being a "shipbreaker." They just love that word. But whether it's time, money, or influence, they haven't been able to tackle it the way they've wanted to. In 2013 they first teased Hardware: Shipbreakers. A few months later, it changed its name to Homeworld: Shipbreakers. A few years after that, Homeworld: Shipbreakers reintroduced itself as Homeworld: Deserts of Kharak. It was a completely different game at that point. Shipbreakers was supposed to be a first-person salvage simulation. Deserts of Kharak ended up being an isometric real-time strategy game. Shipbreakers, as Blackbird envisioned it, never actually happened.

But Shipbreakers is finally happening. No longer Hardware: Shipbreakers, it's Hardspace: Shipbreaker. See? Blackbird just hasn't been able to shake this notion of being a "shipbreaker," no matter what name they're putting in front of the colon—and shifting to the singular form of shipbreaker while they're at it. Hopefully this is the last name change it goes through, and Blackbird finally gets to make the game they've wanted to make for the past seven or eight years. It's not beholden to the Homeworld universe, it's back in first-person, it's all about salvaging big ships, and got its blue collar work ethic back. It's no small irony that a game originally about salvaging had been completely stripped away and sold for parts.

The reveal of Hardspace: Shipbreaker at PAX East 2020 (squeezing itself in from Feb. 27 to Mar. 1, even as developers were pulling out of PAX due to COVID-19 fears) revealed exactly what Shipbreaker was meant to be. Perhaps it's in space instead of on a desert world, but the concept is more or less intact. Explore immense, abandoned shipwrecks, bust out your cutting torch, sell the scrap, start paying off your insurmountable debt. Interesting that Ship Graveyard Simulator, just announced this past week, is getting in on that hot ship-dismantling action, too.