Become a titan of industry in Industries of Titan, early access starts today 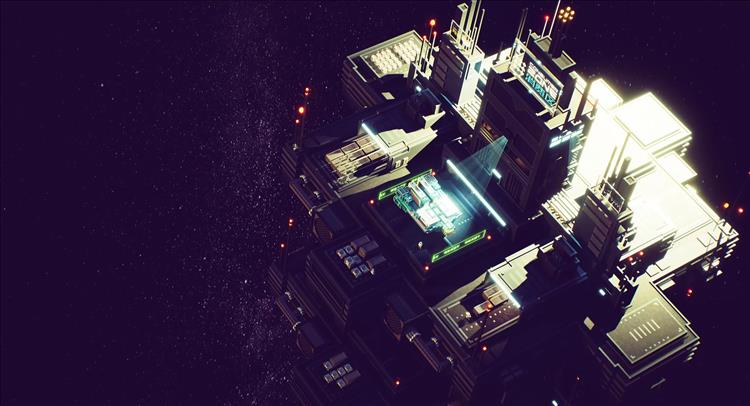 I'm going to let you in on a little secret: I'm sick of logistics simulators right now. Mine this to craft that. Craft that to build this. Build this to ship it 10 more places, combine it with 10x something else, then scale it up 10x for profit. To me, it's all too much algebra but with iron ores and luxury goods.

But then there's Industries of Titan [official site]. First off, clever name. Playing off the "Titans of Industry" moniker given to monoliths of early Industrial Age America—folks like Ford, Vanderbilt, and Rockefeller. Except here, in Industries of Titan, you're on Titan, one of Saturn's 62 moons (when I was in high school in the '90s, we'd only tallied up 18; we still had more planets, though, suckers).

Industries of Titan is a city building sim/strategy game. You create a sprawling industrial city (that looks like a motherboard), design factories, and compete with other corporations in order to rule Titan. Yes, you compete by building up technological superiority, political influence, and sheer manufacturing power, but you also get to go tactical with some battleship combat, too. Gameplay is in real-time with pause. I can respect a game that respects my slower, typically turn-based sensibilities in that way. I also think the greasy explosions and VHS-warbling synths make for a great combined soundtrack.