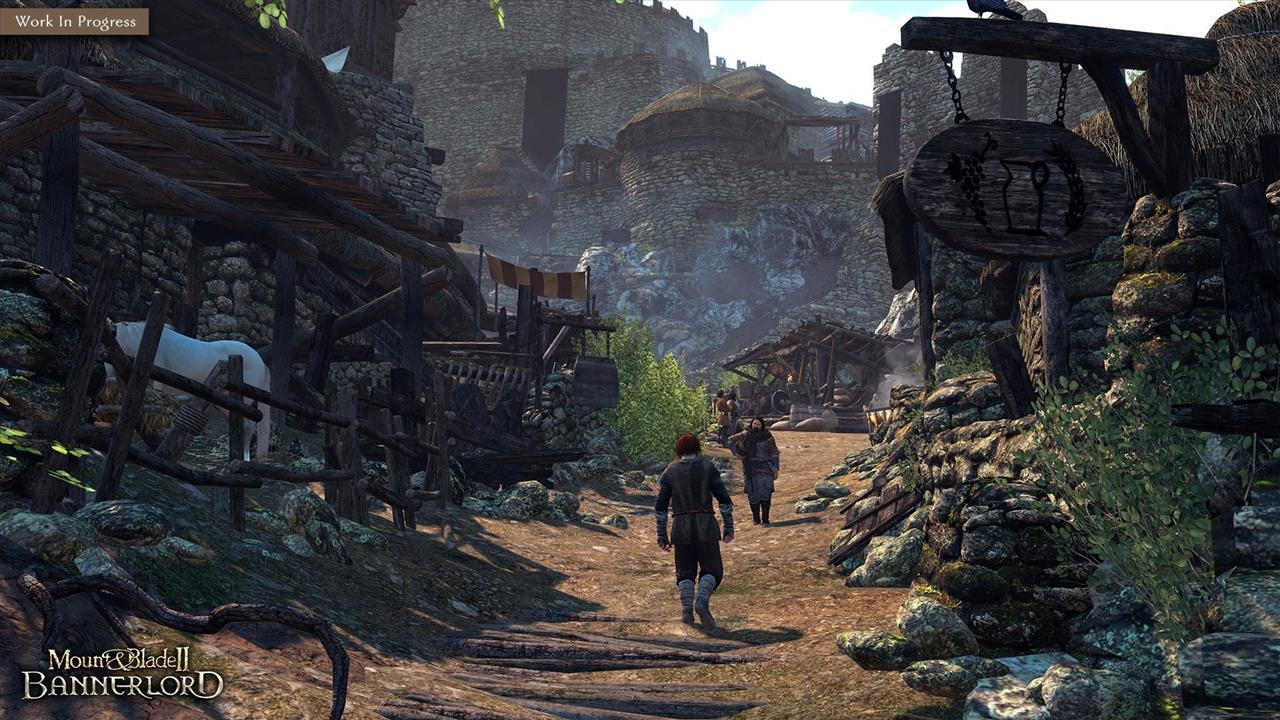 As promised in August of last year, Mount & Blade II: Bannerlord has hit its March 2020 launch window on Steam Early Access. It ain't the cheapest early access I've ever seen ($45 right now, and that's with -10% off), but it's the most excited I've been for any game since the world went into quarantine.

In this early access trailer, we get a bird's eye view of the gameworld; one that would at least give Skyrim's map a pause. Then we head down into a rather dense urban area. Here's where it looks like a B-game, but that's because you haven't yet seen the hundreds of soldiers that are about to take over the battlefield. Not going to lie, though, things are looking mighty fine compared to the previous Mount & Blade series. While keeping a dreary medieval setting and keeping it real as far as architectural and cultural details go, you can still see some enthusiastic lighting at work, and at least not too many repeating character models within the same scene.

A look at the heroes' inventory screen, the list for arms and armament is suitably long and good looking. Sygrid in the video might would easily pass for a scale mail warrior in a Dragon Age if you weren't being too picky. I like it. These Mount & Blade characters look dope. Each piece of armor comes with a price tag, weight, armor tiers, and a specific enumeration to state just how much armor a thing is providing.

Then the fighting. Charging headlong into a throng of soldiers, a mounted warrior gets tossed to the ground. A soldier that barely had his sword drawn—practically an innocent bystander—gets run over by a horse, proving that your fancy armor tiers might help your hit points, but you still need to get out of the way. There's a good ol' gladiatorial arena when you want to go a little more one-on-one (whoops, there's an arrow to the eyeball from off screen).

Dense forests in the open world complement the narrow ramparts of castle battlements. There are lots of arrows, lots of siege weapons, lots of double-teaming, and lots of taking advantage of height and cover.

I've been looking forward to this one for at least three years now: at least since TaleWorlds Entertainment showed off melee combat for the first time at E3 2017.