Geforce NOW adds some new games with Control being the headliner

We've been seeing news about games leaving Geforce NOW, but let's talk about games being added. That's a much better topic.

The big one is Control and if you are a paying member of GeForce NOW, you can play it with RTX on. Yup, ray tracing via streaming. It's a game that our reviewer loved and if you own it on Epic Games Store, you can access it with NVIDIA's service instantaneously. Or, if you don't have a computer that can run the game with RTX enabled, you can through this method.

New games will start to be announced every Thursday so it'll be great to see more products added to the game streaming service. And NVIDIA's calling these releases Game Ready on GeForce NOW.

The rest of the games announced are as follows: 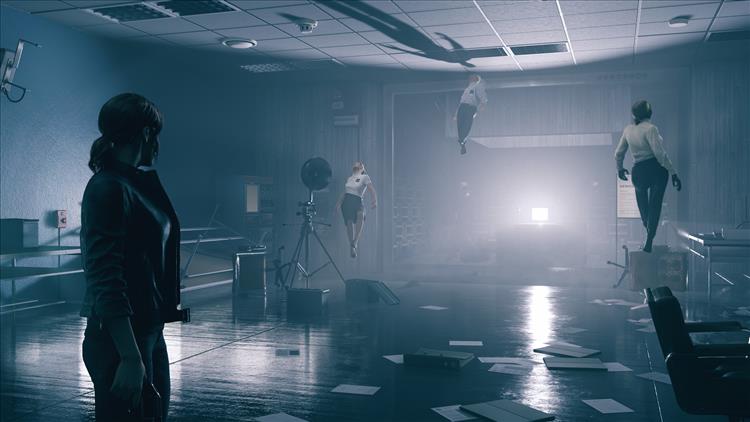 Today, millions of gamers can instantly stream their favorite games with optimizations from the cloud thanks to Game Ready on GeForce NOW. Like GeForce gamers, GeForce NOW members get the peak performance from NVIDIA drivers and real-time ray tracing in games that support NVIDIA RTX. Their games also get updated and patched prior to launch.

Gamers can now look for Game Ready on GeForce NOW releases every Thursday.

The first set of games includes Control, from Remedy Entertainment and published by 505 Games. The sci-fi action epic challenges gamers to master a combination of supernatural abilities, modifiable loadouts and reactive environments while fighting through a deep and unpredictable world.

Control is available from the Epic Games Store with RTX ON for GeForce NOW Founders members. Support for today’s “The Foundation” expansion is coming soon.

Control joins a growing list of games from the Epic Games Store playable on GeForce NOW.

GeForce NOW expands the audience of PC gamers by connecting them to their library of games on low-end PCs and laptops, Macs and Android devices. It’s this ability to grow the PC gaming community that has Tim Sweeney, founder and CEO of Epic Games, calling GeForce NOW “the most developer-friendly and publisher-friendly of the new streaming services.”

Fortnite, one of the world’s most popular games, is also the most-played game on GeForce NOW. Over 1 million gamers have joined Epic’s behemoth battle-royale shooter through the service. Even on underpowered machines, players all over the world can jump from the Battle Bus and compete in Fortnite, thanks to the power of GeForce in the cloud.

Fortnite and Control are just two of the games playable from Epic Games Store. Others include Dauntless, Kingdom Come: Deliverance, Metro Exodus (also with RTX ON) and World War Z.

When you fire up your favorite game, you’re playing it instantly. That’s what it means to be Game Ready on GeForce NOW. It’s optimized for cloud gaming with Game Ready Driver performance improvements. NVIDIA manages game updates and patches. And when a game supports RTX, it includes beautifully ray-traced graphics.

Since opening GeForce NOW memberships for all, we’ve been working hard to enable more games, from the many developers who are eager to have their games streamed on nearly any device. We’ve been churning out games left and right.

Starting this week, we’re aligning most releases to Thursdays. That way our members know when to look for library updates. GeForce NOW will continue releasing new and recent game launches as close to their availability as possible.

Keep an eye out for weekly Game Ready on GeForce NOW releases, and let us know what you’re playing using the hashtag #GRonGFN.