The Crew 2 and Monopoly stealth announced for Stadia

Stadia, as is its habit, stealth announced two new games today on Twitter. In a quick tweet that read only “Three exciting Ubisoft games are making their way to Stadia soon”, Stadia tweeted out a picture with The Division 2, The Crew 2, and Monopoly. 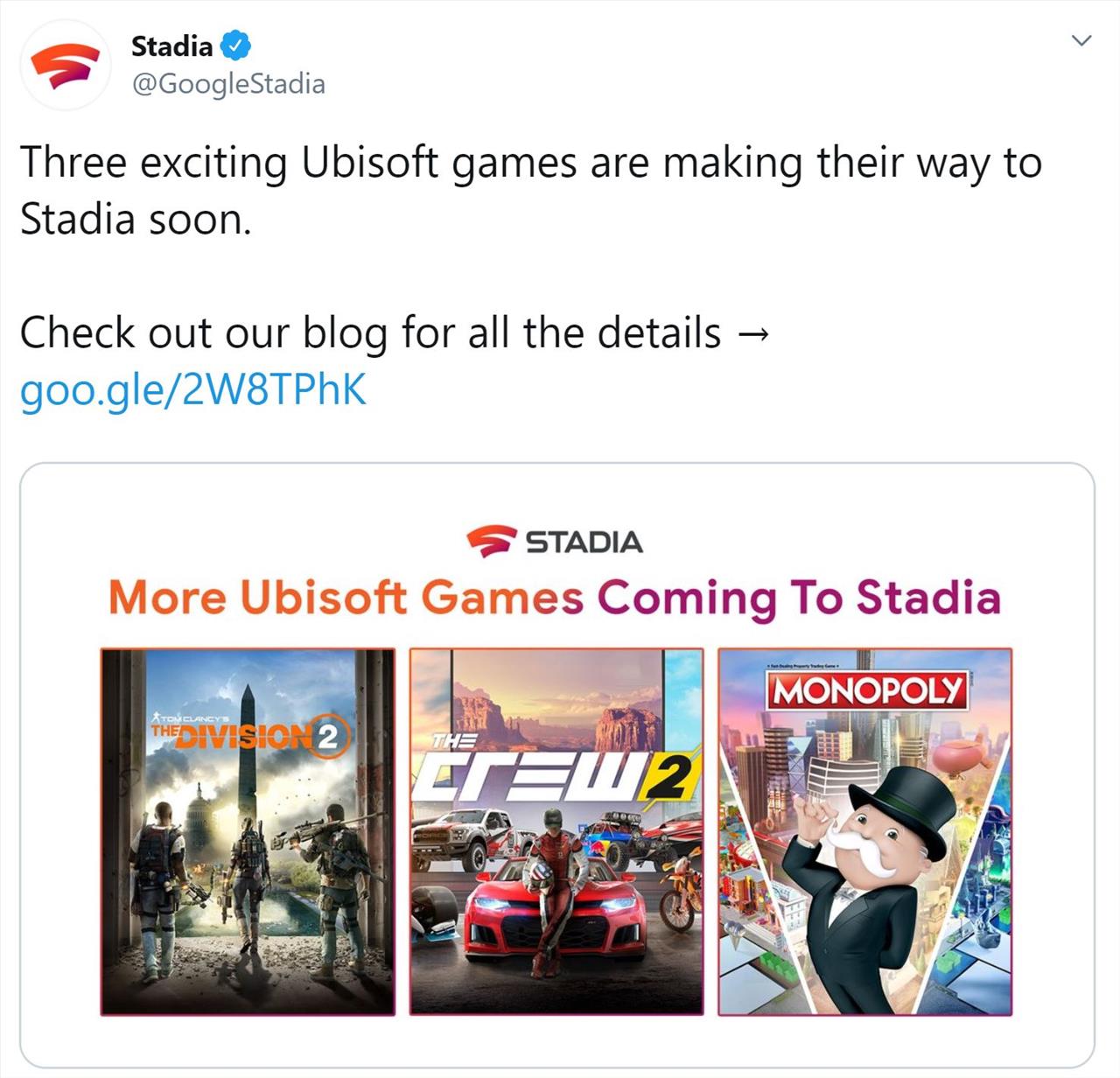 The Division 2 has been expected for some time (though I’ve not seen an actual announcement). It should be interesting to see what pricing model Stadia uses, as all consoles and PC had the base game on sale for $3.00 last week.

The big news here is the arrival of The Crew 2 and Monopoly, showing that Ubisoft is doubling down on the release of more of their backlog on Google’s platform.

In an accompanying blog post, Stadia actually delivered release dates for these titles – something that it has not been especially keen to do in the past. The Division 2 (with the new Warlords of New York expansion) and the Crew will release on March 25th. Monopoly will be making its way to the system on April 28th.

“We’re thrilled to share that Tom Clancy’s The Division 2 will be the first Stadia title to feature both cross-play and cross-progression. To enable cross-play with players on PC, you’ll just need to link or create a Uplay account to connect to your Stadia account when you first launch the game on Stadia.

“In addition, Tom Clancy’s The Division 2 includes Stream Connect, an exciting feature unique to Stadia that allows you to stream your teammate’s viewpoints onto a single screen. With Stream Connect, Division Agents can roam around the open world maps of Washington D.C. and Lower Manhattan and see areas of the map from the eyes of your squad mates. Besides your own vantage point, you will be able to see vantage points from up to three squad mates.”

That Stream Connect feature was also available in Ghost Recon: Breakpoint, but it will be interesting to see how it is utilized in this much more popular title. The Division 2 will also feature cross-progression and cross-play with PC games.

Check out the blog post here for more details on the other two titles.