Okay, Stadia. I see how it works now. You are a company that keeps your cards close to your chest, not saying anything to anyone until you are damn good and ready. Then, with no fanfare whatsoever, you dump huge announcements onto Twitter at noon on a Wednesday like its nothing. That’s one way to do it. 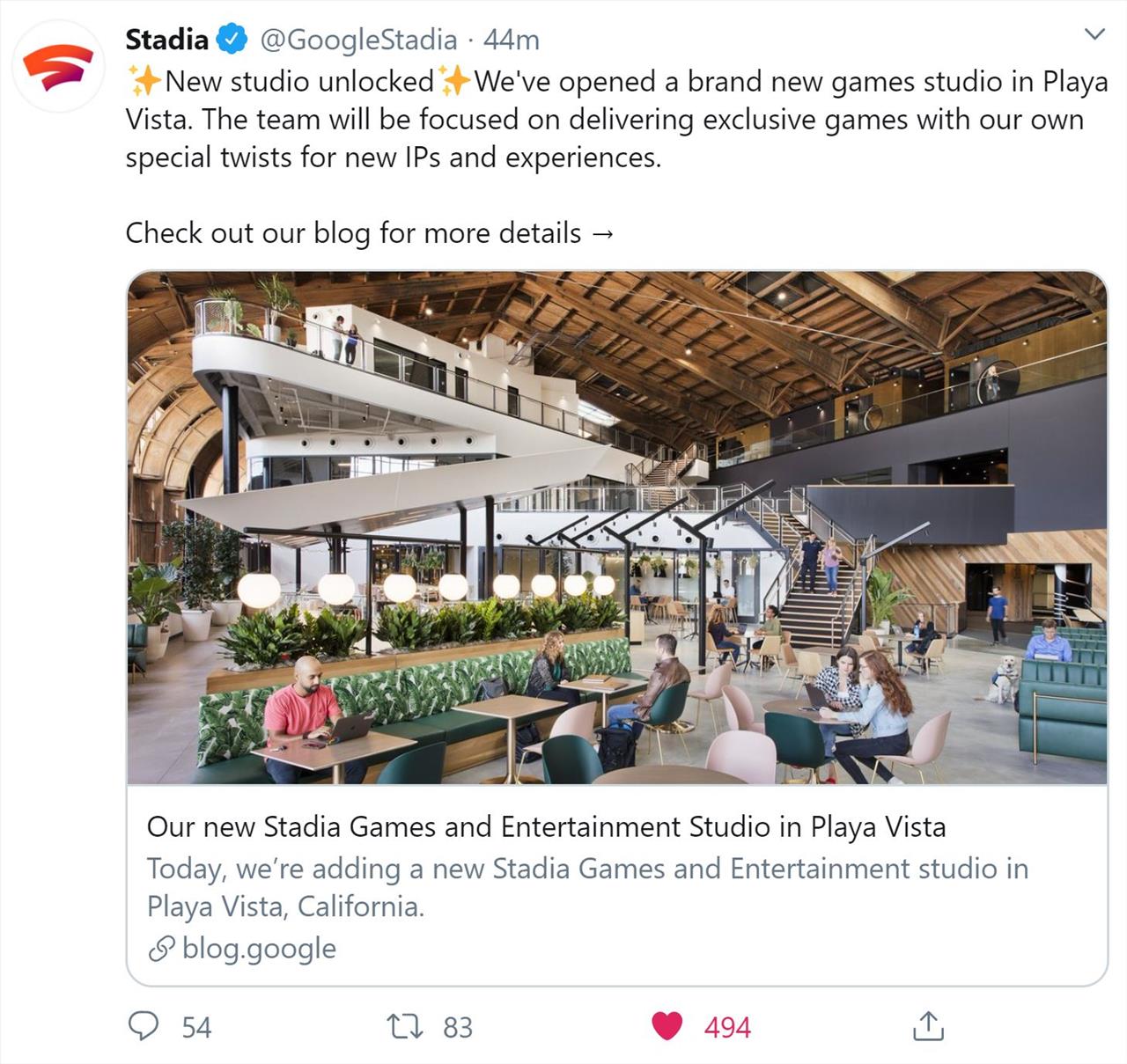 Unbeknownst to anyone, Stadia has built an entire gaming studio in Playa Vista, CA. In an announcement on Twitter today, Stadia linked to a post on the Stadia Community Blog in which VP and Head of Stadia Games Jade Raymond wrote “The new Playa Vista studio will focus on delivering exclusive games, using new gameplay mechanics, creative ways to play together and unique interaction models that we’re just starting to explore. While we’re not ready to share specific game plans yet, rest assured we are listening to what gamers want and adding our own Stadia twists to create new IP and experiences.”

Industry veteran Shannon Studstill will be heading up the team at the Play Vista studio. Studstill is a Sony Santa Monica alum, and while no games have been announced yet, it seems that this studio will be working on multiple titles as once. “She’s a visionary who, as the Studio Director, will lead and inspire the Playa Vista teams.” Sounds like multiple teams to me.

I kinda dig the non-committal shrug with which Stadia delivers information. It’s strangely charming. It is becoming more and more clear as time goes by that Stadia has a plan. Just because we don’t know about it doesn’t mean that things aren’t happening. Big things. Like plopping an entire gaming studio out of nowhere onto the planet.