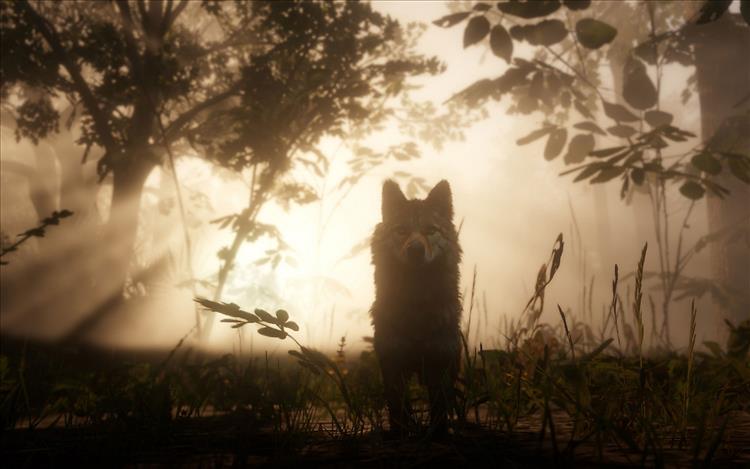 These videos are kinda fun. Red Dead Guides posted their second video about animals and animal behavior in Red Dead Redemption 2. Here we get to see wolves sadly howling over dead pack members, dogs leaving their calling card on everything, and cats using the entire world as their scratching post. Also, bison don't mind taking the occasional dust bath, while pigs will wallow in mud, and lots of creatures find some water to drink or bathe in.

None of this is crazy or unexpected behavior—which is what makes it as wonderful as it is mundane. Knowing how a world and its denizens behave when a player isn't directly interacting with it? That's the mark of, perhaps, too much time spent in development, but is also a testament to the attention to detail given to an entire game world. As gamers, we almost expect there to be nothing happening when we're not around. That things simply spawn in and out of existence only as we approach them, and that an NPC's or an animal's behavior is only programmed to respond to a player entering their space.

To an extent, that's going to be plenty true in Red Dead Redemption 2 as well. Even in a 150 GB game like this one (gasp, breathe) it's not feasible to let thousands of creatures live out their lives across the entirety of the map when the player is nowhere to be found. But it's still fun to see folks, like Red Dead Guides, untether the camera, and stealth up on some fauna just going about its business, oblivious to the presence of a player.

Red Dead Redemption 2 is a game I've been unable to finish for somewhat related reasons. It's because I'd already spent 100 (?) or 200 (?) hours in the opening chapters. I loved, lived, and burned myself out on that level of open-world gameplay, never finding a need to head into the on-rails shoot 'em up final chapters. I never came to Rockstar's Wild West for the sake of living that gang life. I came for the landscapes and the animal world.

Congrats to those of you with the gaming fortitude to see it through to the end. I'll join you one day. But until then, you'll find me with a fishing rod out on old Flat Iron Lake, or throwing a buck over my saddle somewhere up in New Hanover. I'm a simple guy with simple needs, and I'm glad there's enough room for the both of us in a game like Red Dead Redemption 2.

Good work on the video, Red Dead Guides. You folks are great at capturing the parts I love about this game—the parts that don't necessarily excite my more crash-boom-bang friends when it comes to gaming.