First impressions of Spitlings on Stadia are pretty strong

Spitlings, the new arcade multiplayer title from Handy Games, arrived on Stadia yesterday as the first release in the “First on Stadia” program. Stadia is making no bones about the fact that most games in the program will eventually arrive on other platforms, and Spitlings is scheduled to release on PS4, Switch, Windows and Xbox One later this year.

I took a few minutes last night to dive into Spitlings. While I feel that it would be inappropriate to fully review the game - it has a strong local multiplayer component that I simply don’t have the equipment to run - I got far enough into the single player story to offer a few impressions.

Spitlings opens with an energetically incoherent comic panel cut scene that sets up the basic premise. The Spitlings (little gelatin cube dudes) are chilling in a tall building. A purple-ish glob shows up in the sky, and starts raining down goop. The goop overtakes the city and floods the building, pushing the Spitlings out into the world. That’s about it, I think, but it was enough to set the stage for what turns out to be an action/arcade game with some puzzle elements. 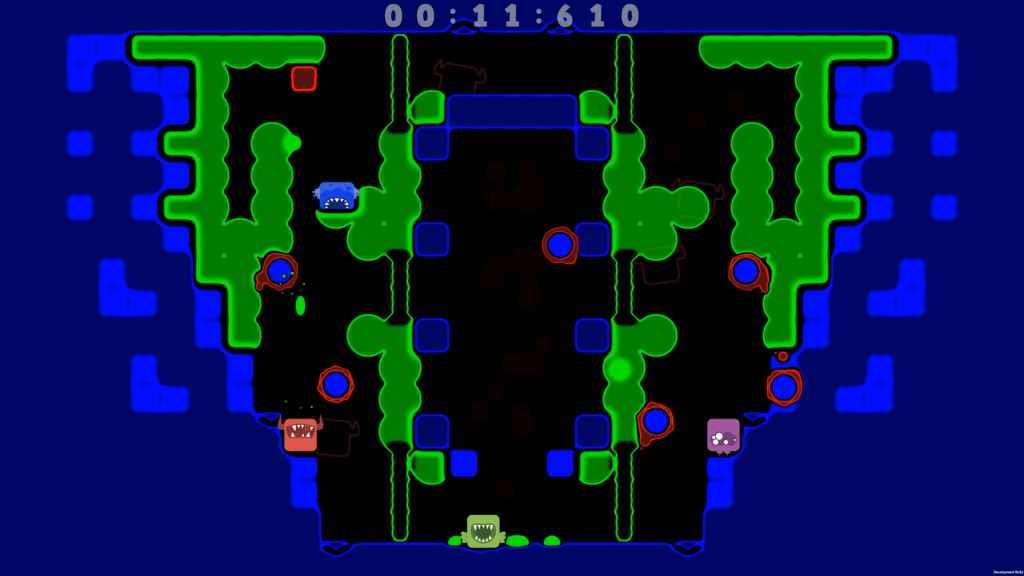 Players then run through a series of screens which teach the basics of movement. Spitlings is certainly unique in this regard, with the little guys sliding across the ground, and then propelling themselves upwards by spitting downwards (or vice versa). The game plays with gravity in a few other fun ways, offering areas for the Spitlings to slowly be propelled upwards, and pockets of foam where they can safely rest above the fray. The entire experience is brightly colored, and looks razor sharp on Google’s streaming platform. It might appear a little basic in screenshots, but it looks absolutely cracking on a 55” HDR TV. Seems like the big games aren’t the only things that look impressive on Stadia.

Spitlings have a limited number of shot they can hurl out. Once their ammo is depleted, they must either pick it back up off the ground or recharge with the B button. Each single screen stage you enter has a number of goop enemies bouncing around various obstacles. The main point of the game is to destroy all of the goop by spitting/shooting at it. Big goops break down into smaller goop, Asteroids-style, until they get small enough to destroy outright. Once the stage is cleared of goops, you move on to the next. Every few stages, you earn a new Spitling avatar and color palate for the stages. 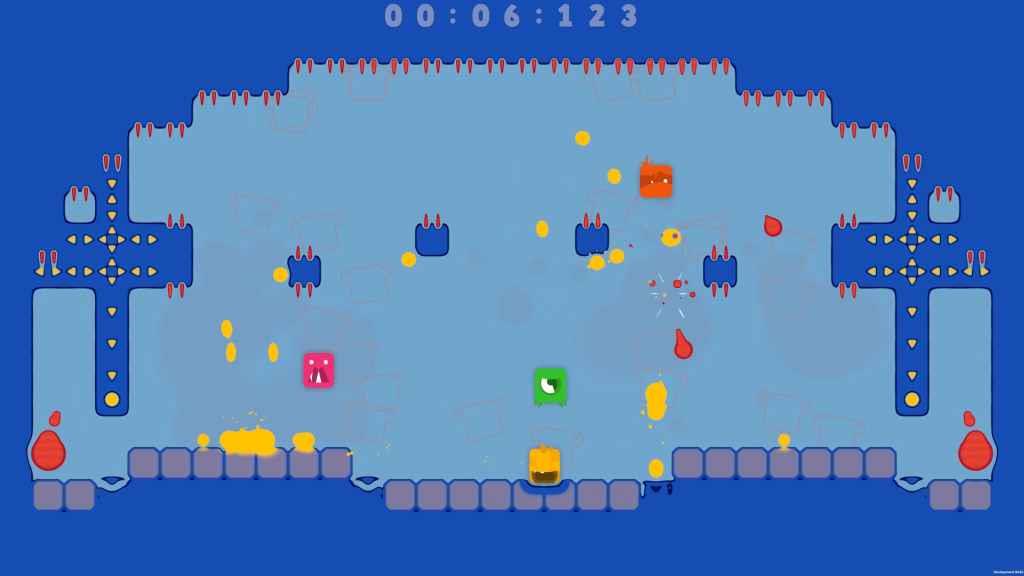 If you are having a hard time picturing this, its because the mechanics in Spitlings feel pretty fresh and original. All of the visuals are clean and bright, and its fun to navigate your little square buddy around the brilliantly colored levels. Controls are simple once you get the hang of them. The analog stick moves your Spitling, A and X spit up and down respectively, and holding down B for a period reloads your Spitlings’ ammo. Y makes Spitling holler, which is fun, but doesn’t serve a gameplay purpose (that I’ve discovered, at least).

I can see how this game could be absolutely hysterical and chaotic with a bunch of friends. Unfortunately, I’m just not sure how many Stadia users are set up for local multiplayer. Luckily, Spitlings works well as a single-player game. Each level feels almost like a puzzle, as you try to analyze the best way to take out the goop while minimizing your exposure to danger. My wife and two little ones wandered in while I was playing and we were all soon absorbed, with them yelling instructions out to me, and me failing to execute on them correctly. 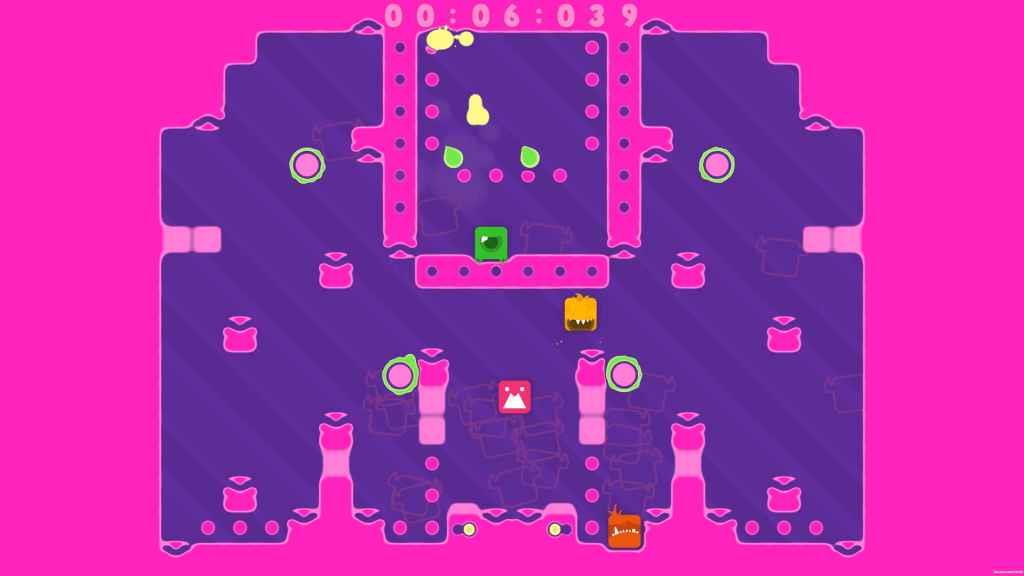 Getting touched one time by the goop is an instant game over. This goes for multiplayer as well. One player gets tagged, and its game over for everyone. Its obvious that multiplayer could easily descend into chaos, with everyone yelling and throwing things at each other. But even with one player, Spitlings is good fun.

Spitlings is available now on the Stadia store for $14.99. If you were considering picking it up, I would say go ahead and snag it. Its awfully nice to have a game on the system that isn’t a giant open world epic. Sometimes you just wanna hop in and play a few levels of something, and Spitlings is ready-made for that type of instant fun.