As the initial wave of Pro subscriptions wind down this month, and Stadia must prove its continuing worth to its early supporters, announcements have been appearing more often online. Today’s news blast from Stadia included the release of the cute-looking indie game Spitlings, the announcement of the free Stadia Pro games for March, and the arrival of a new sale on select titles. 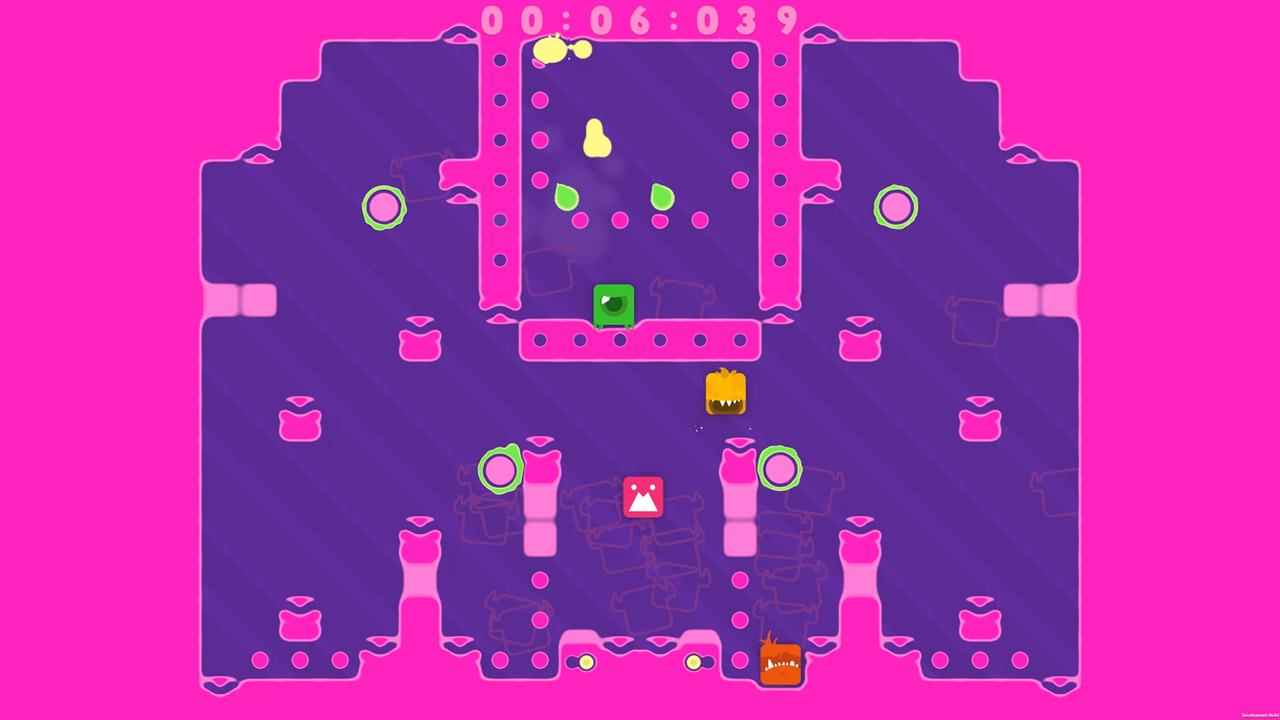 Spitlings, a local multiplayer indie by Handy Games, is releasing “first on Stadia”, before coming to other platforms later this year. According to press materials, “Spitlings is a cute but hardcore Arcade game that’s made for playing locally with friends. Over hundred levels to start with and an easy-to-learn level editor will make sure, you never run out of challenges. Keep playing to unlock new music tracks, new characters to play with and new visual themes for certain levels. With the level editor, players can first build a level together and play it right afterwards. The multiplayer is cooperative to the last extend: If one player fails, everyone has to restart the level. Prepare for a lot of shouting.”

The other big news is the announcement of March’s free Pro games. As always, these games will remain accessible to players for as long as they maintain their Pro memberships. If you cancel and then come back, your Pro games will still be there waiting for you.

While we knew that Steamworld 2 and Steamworld Quest were going to be free this month, Stadia sweetened the pot by adding racer Codemasters’ Grid to the mix. 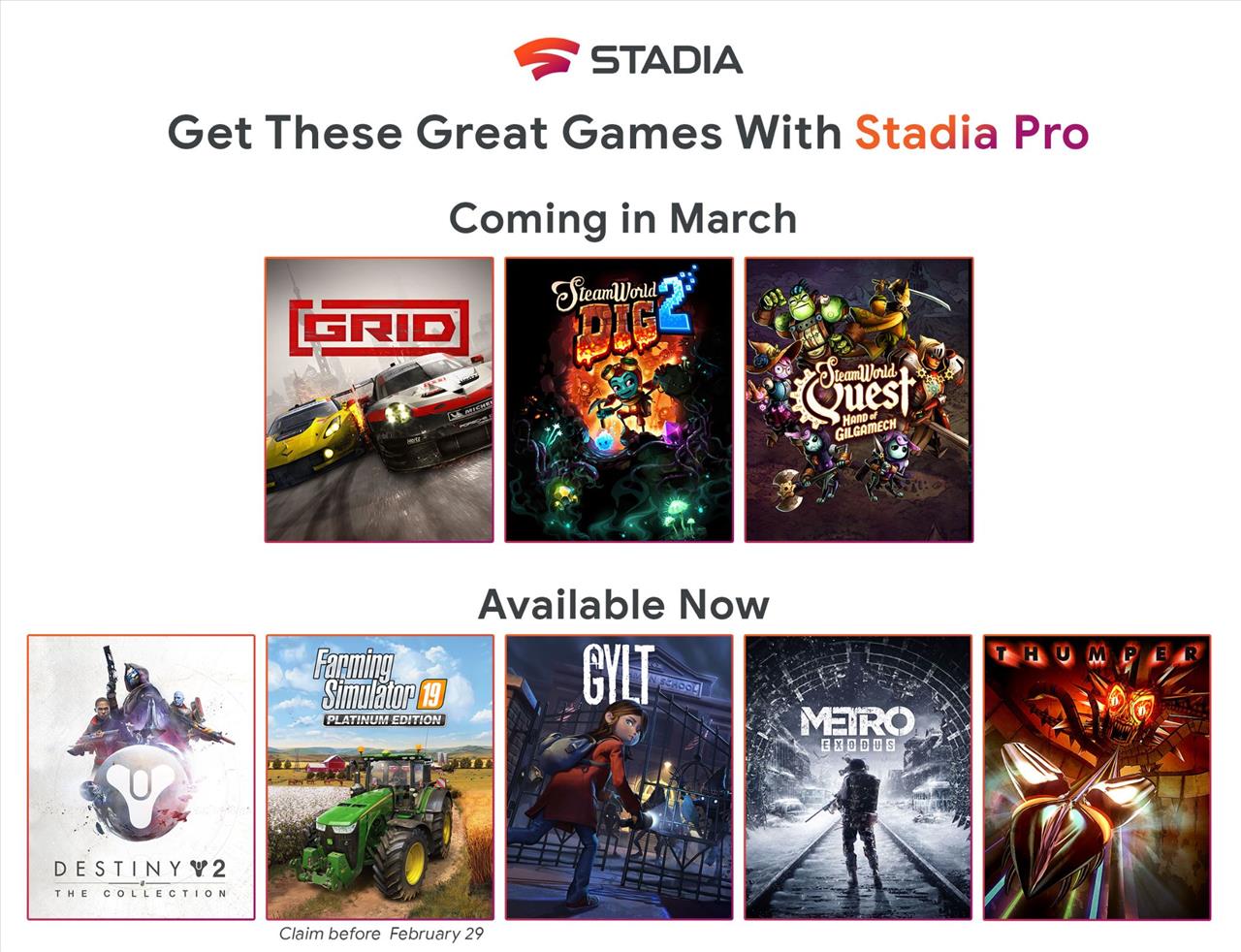 I tried Grid last month on Stadia, and like most modern racers, I totally sucked at it and quickly bounced off. However, the game is rocking a respectable 73% on Metacritic, so somebody out there likes it.

The free Pro games this month will be available to claim on March 1st. Farming Simulator 19 will leave the program on February 29, so grab it now if you want it.

On top of all that, a new sale on Stadia games begins today:

No word on how long this sale will continue, we only know that these prices are available for “a limited time”. Grab ‘em if you want ‘em!