EVE Online players raise over $107,000 for the Australian Bushfires 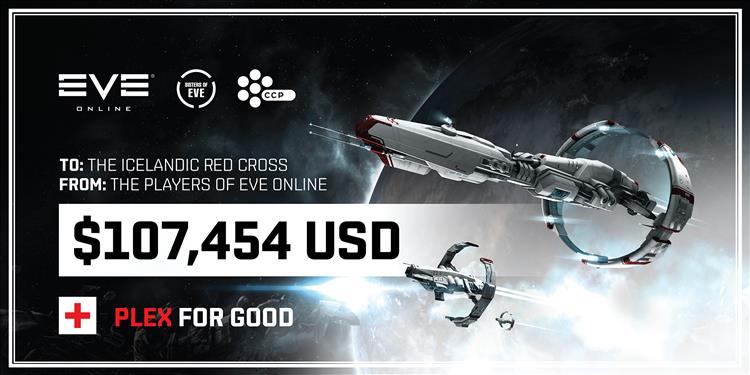 In 12 days of fundraising, from January 15–26, EVE Online players raised $107,454 for the Australian Bushfires during the game's PLEX for GOOD charity campaign. PLEX is an in-game currency that can be purchased with real-world money or earned through gameplay. That in-game currency can then be converted back into real-world money, allowing players with little or no money to still donate to charity. Developer CCP Games recently handed the check over the The Icelandic Red Cross at CCP's headquarters in Reykjavik.

Since the outbreak of the fires, 29 people have lost their lives, over 2,200 homes have been lost, over 24 million acres have burned, and hundreds of millions of animals have been killed.

The $107,454 sum makes it the second most successful campaign in EVE Online since PLEX for GOOD was introduced in 2005. The highest amount of money raised, $190,890, was in 2013 for the Philippines' Typhoon Haiyan. The Australian Bushfires campaign brings the grand total for charity across all PLEX for GOOD campaigns to $578,070.

One-third of the Australian Bushfire charity total came in when player Kelon Darklight auctioned off a rare ship won when the team he captained won the Amarr Championships at Fanfest in 2016.

Here is a special message from an Australian firefighter to the EVE Online community for PLEX for GOOD: