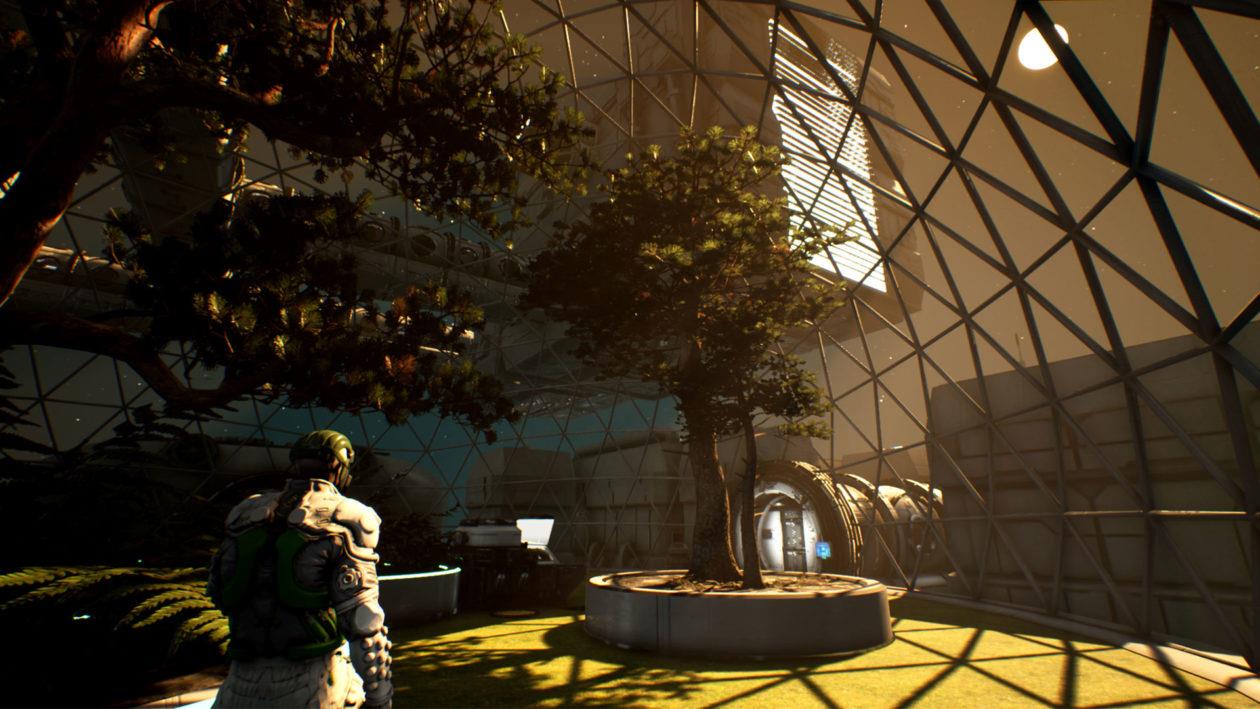 One painfully overlooked game from its 2019 early access period is Genesis Alpha One. It even made my Favorite Games of 2019 So Far list. After one year of Epic Games Store exclusivity, Genesis Alpha One Deluxe Edition officially launches on Steam and GOG on February 25.

The extra content will be patched to the Epic Games Store in a future update. The extra content consists of the stuff you might usually skip when buying into a brand new and little known game: an art book, the original soundtrack, and Rocket Star Pack DLC.

This trailer shows off a wonderfully ugly and overbuilt colony ship, steely white sunlight casting dark shadows across its hull. It gives you a fast-forwarded snippet of new building features and their material costs. The relentless expansion comes with the further cost of providing hidey-holes for the aliens that's snaked aboard your ship. It also looks like they've added other derelict ships to explore? I can't quite tell from the trailer. But that'd be cool, if so. Going right from your own ship, to a bunch of rando planets, back to your own ship can stay fresh for only just so long. Also: bullets, bullets, bullets. These xenos ain't gonna kill themselves. The carnage turns your ship into an alien butcher shop. Meaty.

This is one of those games I've kept installed this past year—and believe me, I have a habit of deleting games I'm not actively playing. But the frighteningly cold sci-fi gameplay loop kept this one in my playlist. Build your modular mothership, jump across the stars, mine small chunks of planets, fight off viral alien broods, continue the search for a new home for humanity.

Despite my not logging in for some eight or nine months, I can't wait to see how much Genesis Alpha One has progressed.