Update - Google has confirmed this information on Twitter, and in a blog post on the Stadia Community Blog.

The folks over at 9to5google.com, who are usually very reliable, are reporting that the two new Stadia Pro games for February will be Gylt and Metro Exodus. Google itself has not confirmed this assertion, and it is unclear from where 9to5google.com pulled this information.

If this report is accurate (and we have no reason to suspect that it isn’t), this is a pretty decent haul for Stadia Pro members. Gylt is the only current Stadia timed exclusive title. I haven’t finished it, but I have spent enough time with the game to pronounce it “pretty cool”. Gylt plays a lot like a toon version of Silent Hill, with a focus on stealth mechanics. 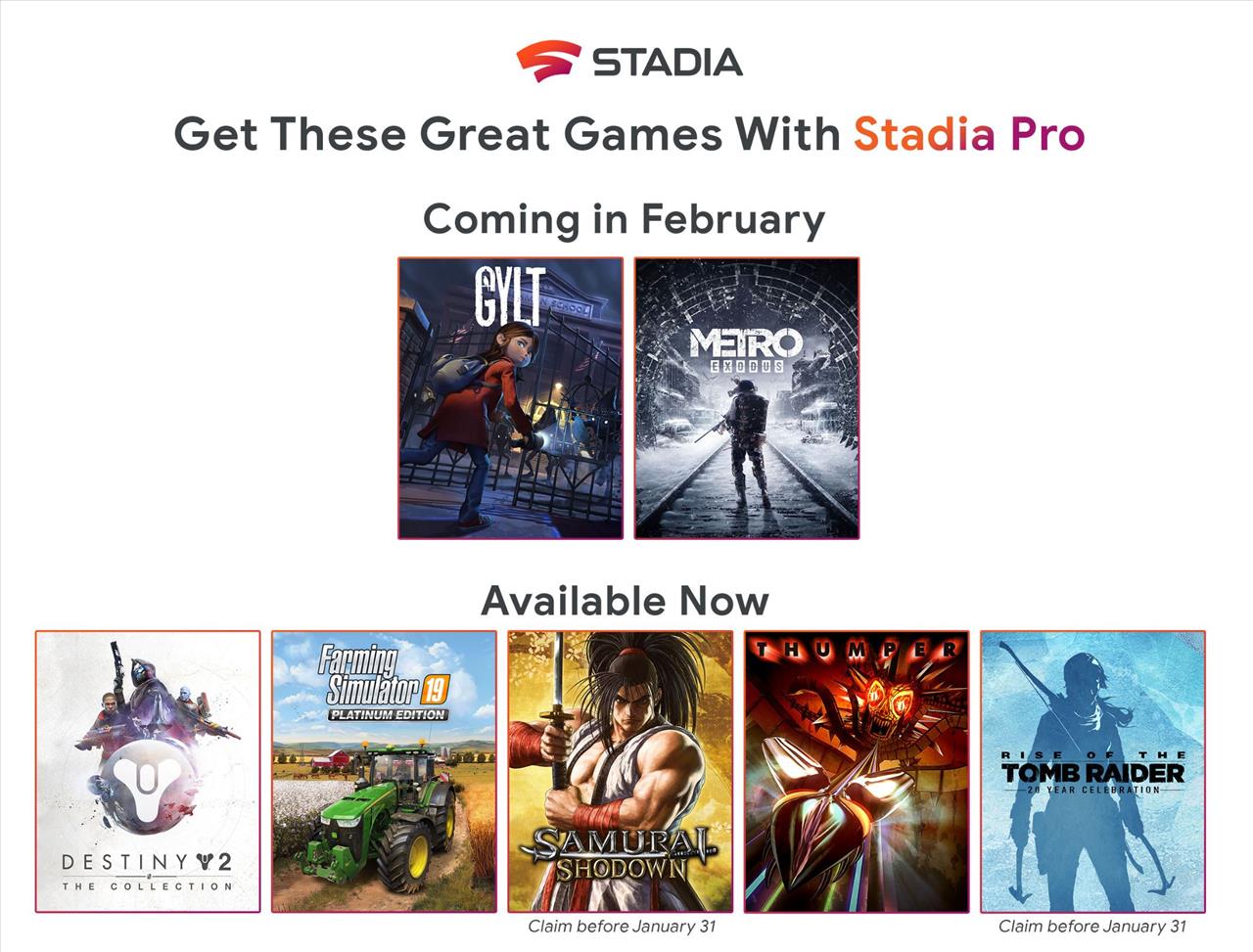 I haven’t played Metro Exodus, but in Gaming Nexus’ review, we said that “aside from some technical issues and a somewhat predicable story, Metro Exodus is a fun FPS with beautiful locations, lovable characters and a decent ending to Artyom's story.”

Pro members should be sure to log in and snag Samurai Showdown and Rise of the Tomb Raider: 20 Year Celebration before Saturday, as they are reportedly the games leaving the service after this month. Thumper, Farming Simulator 19 Platinum Edition, and Destiny 2: The Collection will still be available for users to grab. Once claimed, these games remain available to Pro members for as long as they continue their membership.

While it is nice to get some new games from Google, the community has been rumbling quite a bit lately about a lack of news and transparency from the folks at Stadia. Admittedly, I’ve also been antsy to get even a snippet of news from Google. I was hoping that when the February games were announced, they might include a new title that hasn’t already been on sale in the Stadia store, as a show of goodwill towards the dedicated Stadia community. Regardless of my expectations though, these are some pretty high-end games for Pro users to get for free.

If Google denies this story, or if the games change in any way, Gaming Nexus will post an update immediately.