CES 2020: Razer goes small with their Tomahawk and goes big with their E-racing sim

Razer's annual appearance at CES provided some looks at some of their upcoming 2020 products and maybe beyond. They always seem to have something there that tries to wow folks and their E-racing Simulator seems to be the product this year. 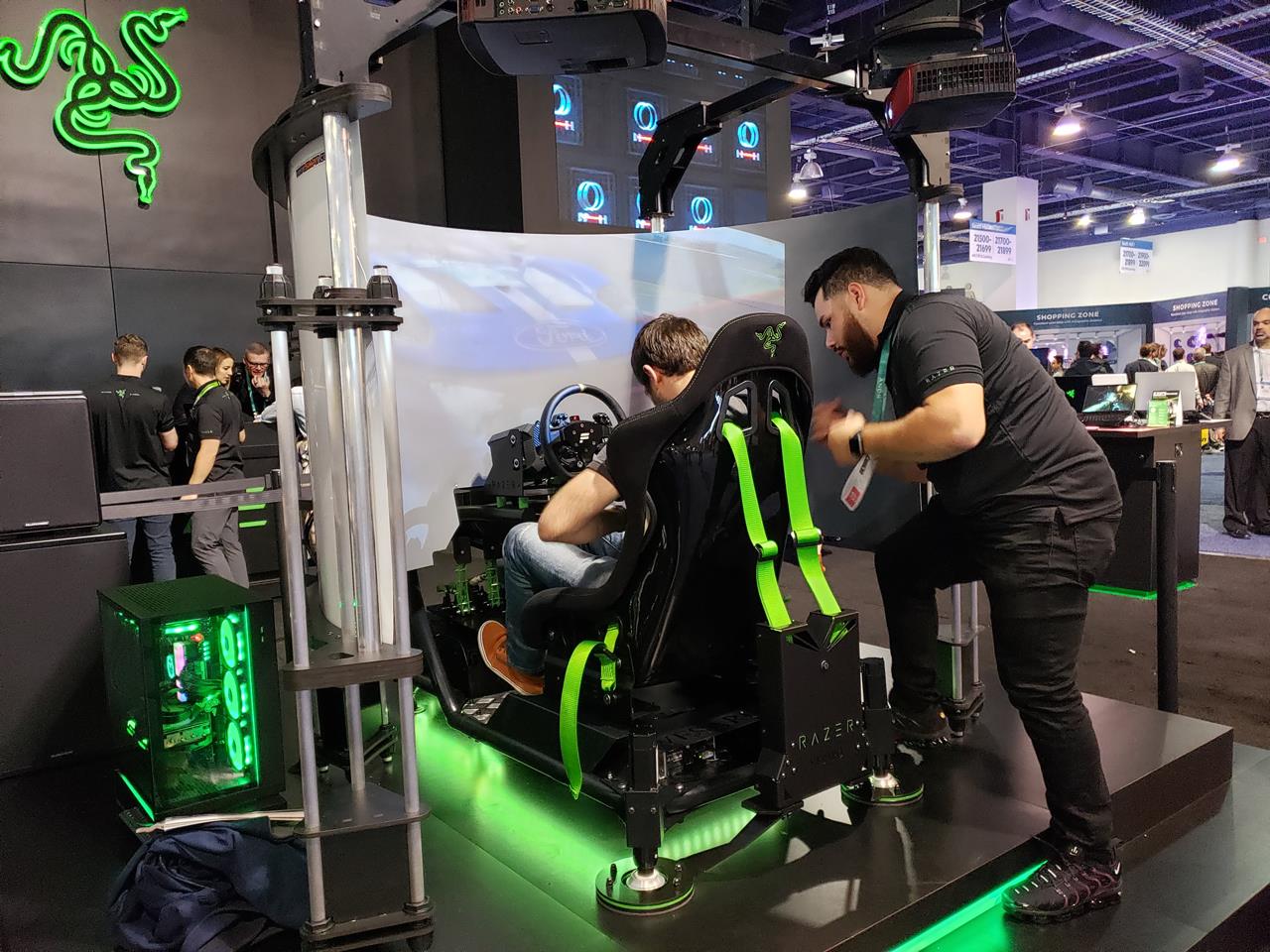 Partnering with Vesaro, Simpit, Fanatec, and Synthesis VR, this beast of a setup looks to give racing enthusiasts everything they need to be fully immersed in the game. The main display is a 128", 202 degree projection system designed to make you feel like you are in the middle of the action.  Short of wearing a VR helmet, this should give you plenty of viewing space around you when you race.

A high quality Fanatec racing wheel gives you accurate controls with plenty of buttons at your fingertips. The anodized aluminum and carbon fiber wheel exudes quality and the wheel is wrapped in leather for a comfortable grip. I've never used a Fanatec wheel, but I've heard many great things about them. 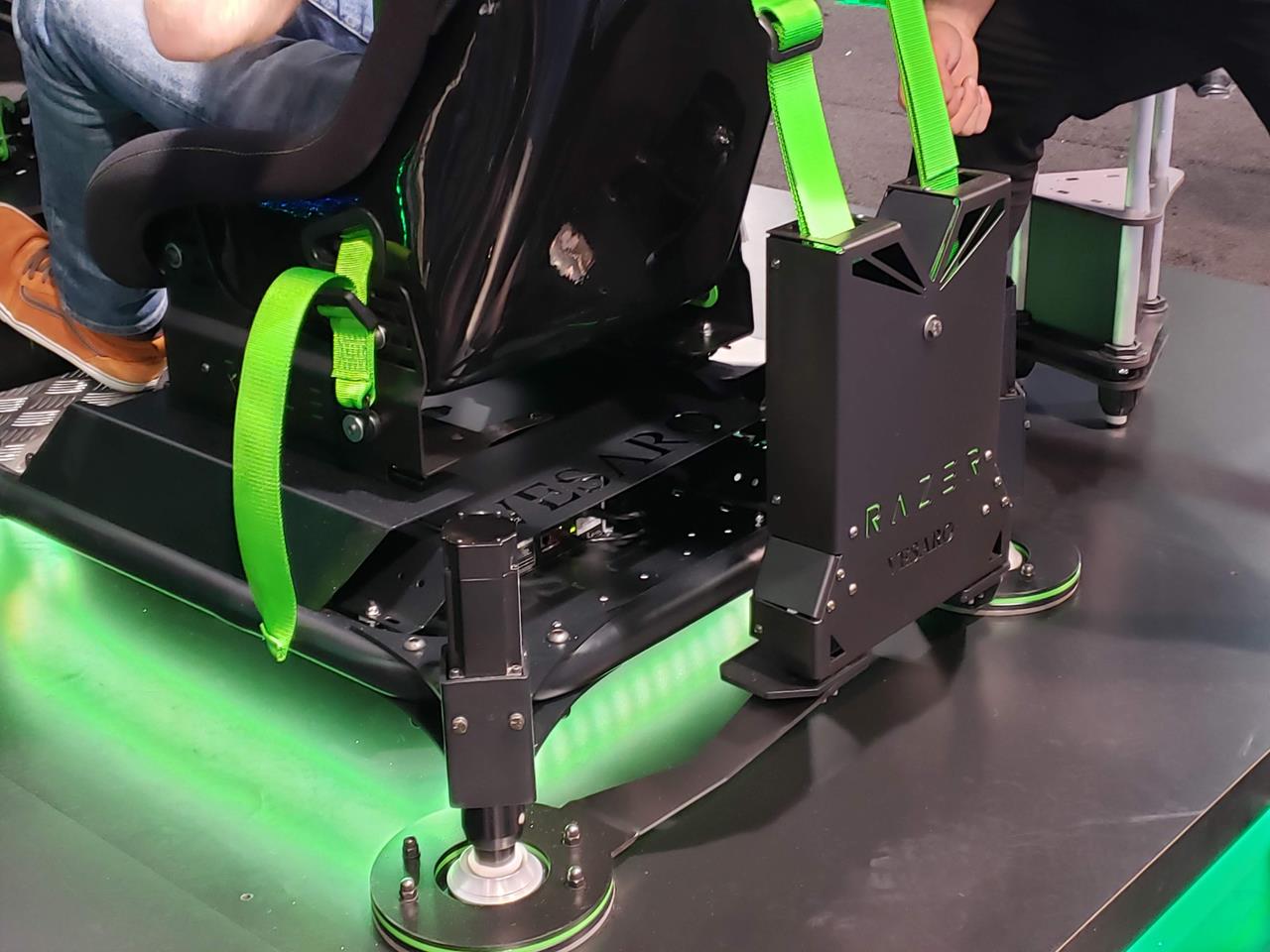 With hydraulics, you feel the action. The harness can tighten up, simulating G-forces as you turn. That's pretty awesome.

Of course, this is a concept and who knows if it'll ever come to market, but Razer looks like it has a pretty slick setup here if they ever decide to sell this.

Going over the more affordable tech, there's a new Razer Kishi controller for mobile gamers. Previous mobile controller releases in the Junglecat were made for certain phones. Now Razer has a universal one that will fit all phones. 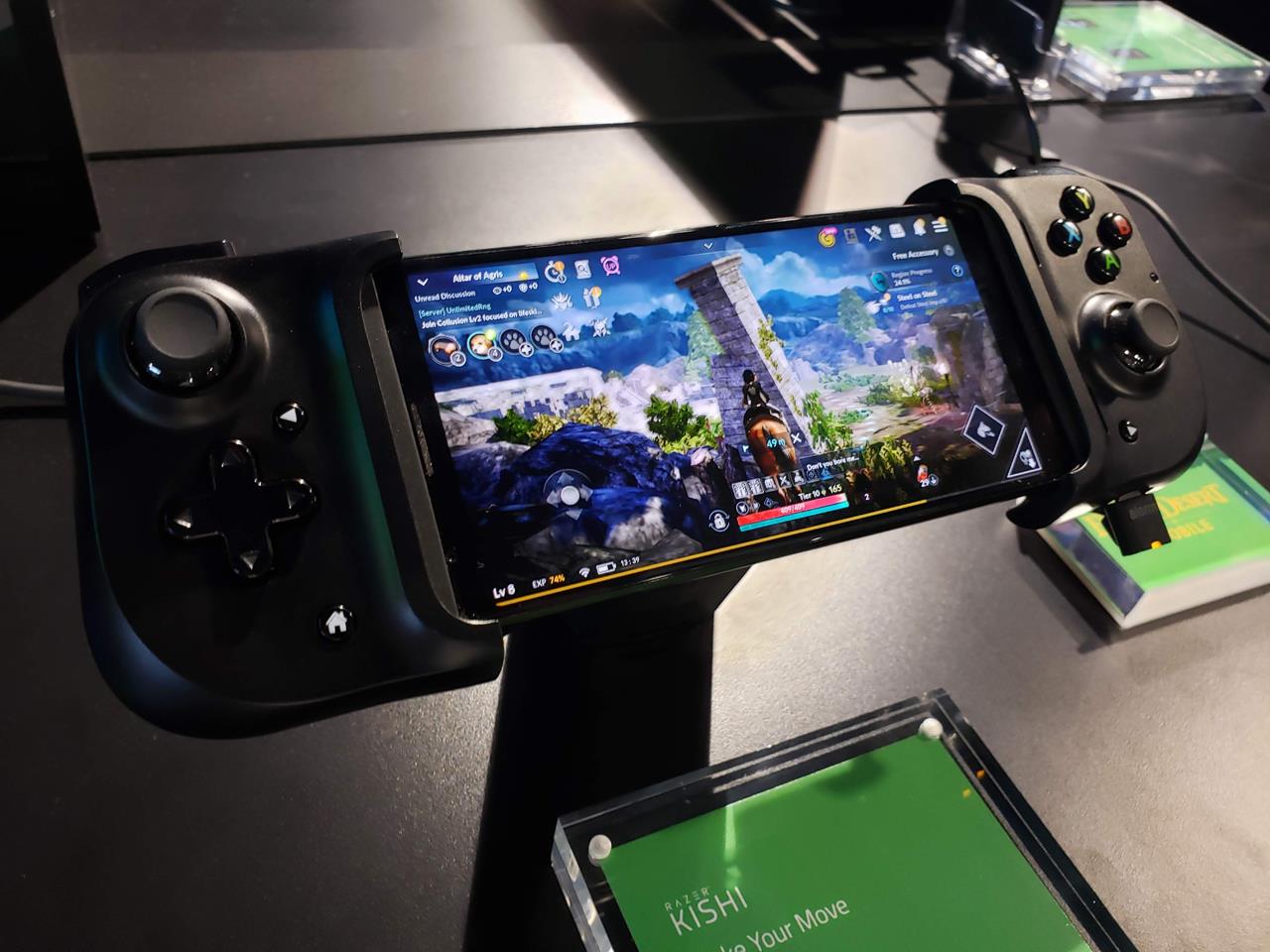 Control wise, the layout is similar to an Xbox One controller with clickable thumbsticks on the upper left and lower right of the setup.

Instead of Bluetooth, the Kishi will use a USB or Lightning connector to ensure low latency response, which I enjoy. The setup reminds me of Gamevice, which we reviewed and who Razer is partnering with on this device. There's also a pass through for charging, which is great since gaming on a mobile device can drain a battery mighty quick. When I asked the Razer person at the display what the difference between this and the Gamevice device was, she wasn't able to tell me so we'll have to see when it's released if there is some differences. I liked the Gamevice except for the D-Pad. Let's hope Razer's Kishi fixes that. Expect the Razer Kishi in early 2020.

I'm a fan of small form factor computers and Razer's going in on an Intel build called the Razer Tomahawk Gaming Desktop. 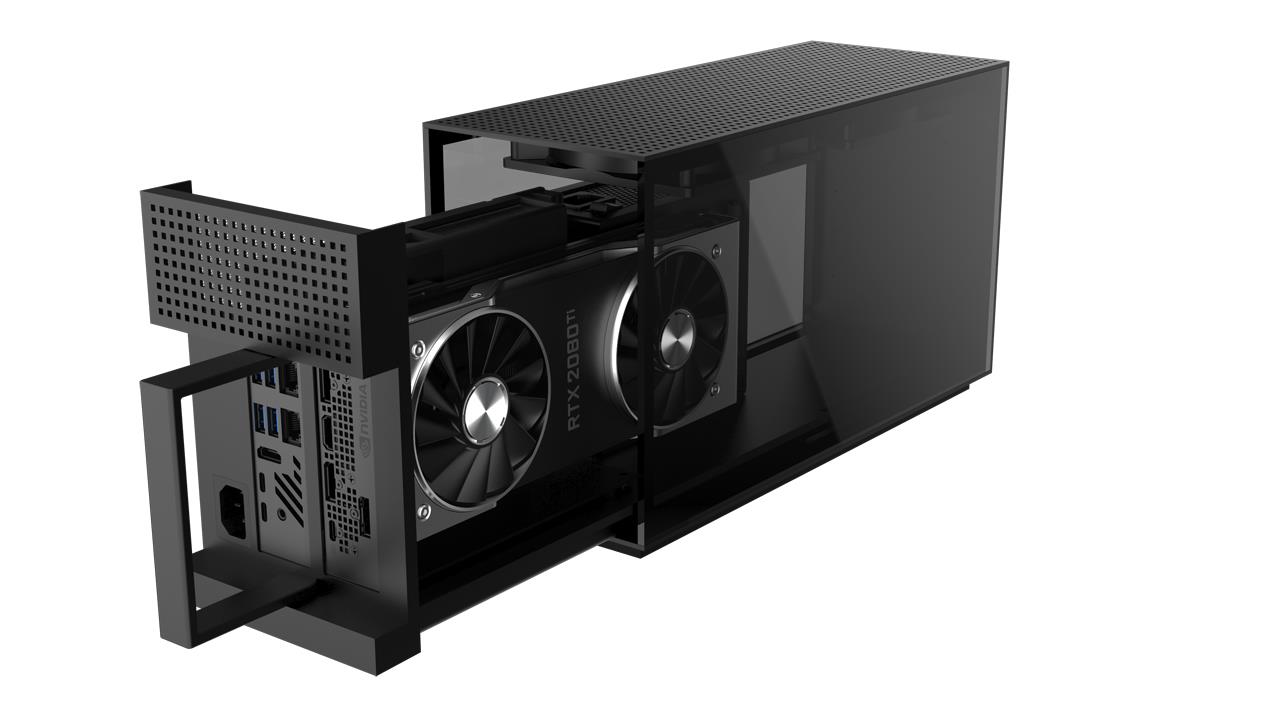 The setup isn't as small as say a A4-SFX DAN case, but it's still pretty compact. It's got a vent opening at the top for hot air to escape and tempered glass on both sides to show off your internals.  If you want to get inside and tinker around or exchange components, the rear unlocks and slides out giving you access to the system.

Inside houses an Intel Core-i9 processor, 64GB of ram, a NVIDIA GeForce RTX 2080 Super, and an SSD. It was made for the Intel's Ghost Canyon NUC that was announced at the show as well.

The Razer Tomahawk Gaming Desktop should be out sometime in the first half of 2020.