We've got John Yan on site at CES 2020 covering all the new and future hardware that matters. In case you'd forgotten about independent multiplayer shooter Fortnite, it was still the top grossing online video game of 2019. And The Witcher just dethroned The Mandalorian as the most in-demand TV show on the planet. 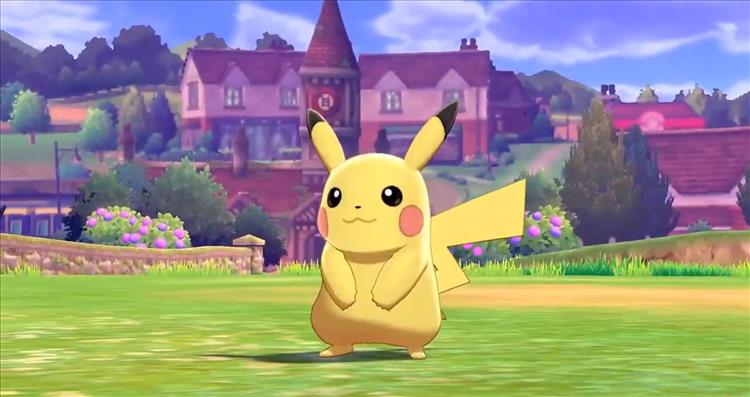 Sean Colleli
This weekend I'm continuing my latest addiction, Starlink: Battle for Atlus on Nintendo Switch, or "that misunderstood Star Fox game by Ubisoft." I picked up the Switch starter pack on the cheap a year ago but the even cheaper $6 "empty the warehouse" discount at Best Buy finally got me to crack the shrink wrap. In a word, it's great. Once you cut through all the needless toys to life clutter and augment that starter pack with some modest DLC, you end up with a highly polished (if Ubisoft repetitive) sandbox flight combat game. The DLC isn't even all that bad anymore. Just get one of the two bundles and you have all the weapons you need to bypass any elemental "paywalls" the game throws at you. And hey, Star Fox is here! You can play the whole game as the Star Fox team and pretend like it's just a new Star Fox game. And it really, really should be. Like I know Starlink bombed because of all the confusing expensive toys, but this is the direction Star Fox needs to go. I'm a little sad I didn't grab a few of those dirt cheap starter packs before Best Buy clearanced them all, so I could hand them out to my friends. The Gospel of Starlink must be shared!

Kinsey Danzis
Catch me in the Galar region for the foreseeable future, because I got Pokemon Sword for Christmas and have indeed been, how do you say, catching them all. In older games, I never understood the fear of the tall grass. Like, it’s grass. What is it, two feet tall at most? Get over it. But now with the Wild Area, after having experienced everything from Bewear to Machoke to Braviary spotting me as soon as I crush one blade of grass beneath my boot, and proceeding to chase after me faster than I can turn around and run...yeah. I get it now.

Eric Hauter
I have gone insane on giant Ubisoft games. While I am only about 20 hours into Assassin's Creed Odyssey on Stadia, I decided last week to fire up Tom Clancy's Ghost Recon Breakpoint. I'm playing by myself, and that game's structure wasn't quite meeting my needs, so I invested in the super-deluxe $120 version of Tom Clancy's The Division 2 on PS4, which I got on sale for $23.

I feel like a bit of an idiot, because the base game was on sale for $11. I bought the deluxe version to get access to the one-year-pass, thinking that I would eventually want access to the DLC. What I did not realize was that The Division 2's DLC was free for all players. All the deluxe version got me was seven-day early access (don't care), some outfits and skins (don't care) and a couple of nice weapons (obsolete by the time you hit level 3, so again, don't care).

However, the gameplay in The Division 2 is so fun and so nicely structured that I'm having a really good time with it. I particularly enjoy the whole post-apocalyptic dead-bodies-lying-everywhere environmental storytelling that I find waiting on every street corner. Why is that dead lady still on that stretcher? What is that dead dog doing there? Did that dog try to eat that lady? Did someone shoot it? Was it these ambulance drivers? What happened here?

I've also realized that I am playing The Division 2 like a complete dad. Playing one of the story missions last night, I was running and gunning my way through a communications museum. Since I'm always rushed through museums in real life by my attention-deficit deficient children, I decided to stop and read all of the signs on the walls. I had a nice time establishing a rhythm of killing a bunch of dudes, and then wandering through the cleared display areas, learning about the history of communications. Well played, Ubisoft. Enjoy the extra $12 I gave you for the game. I ain't even mad about it.

Nicholas Leon
I started a play through of Star Wars Knights of the Old Republic II: The Sith Lords. Despite the lengthy title, it’s a surprisingly thin game—even by early '00s standards. Although I’m playing with the restored content mod, I’m surprised how quick the game is moving along. What I love most about the game is how you can train almost all of your party members as Jedi, provided you have enough influence with them.