CES 2020: HyperX has a new headset, some new keys, and ways to charge your mobile devices

Wednesday afternoon saw me at the HyperX suite at the Venetian. As usual, they were showing off their brand new products for gamers coming out this year.

The HyperX Cloud Flight S expands on their wireless Cloud Flight headset from a few years ago. With up to 30 hours of operating time, these new headsets feature 50mm drivers and a removable mic. The cups can rotate 90 degrees and will work on the PC and PlayStation 4 consoles. When you need to recharge them, you can go wireless with built in Qi charging. 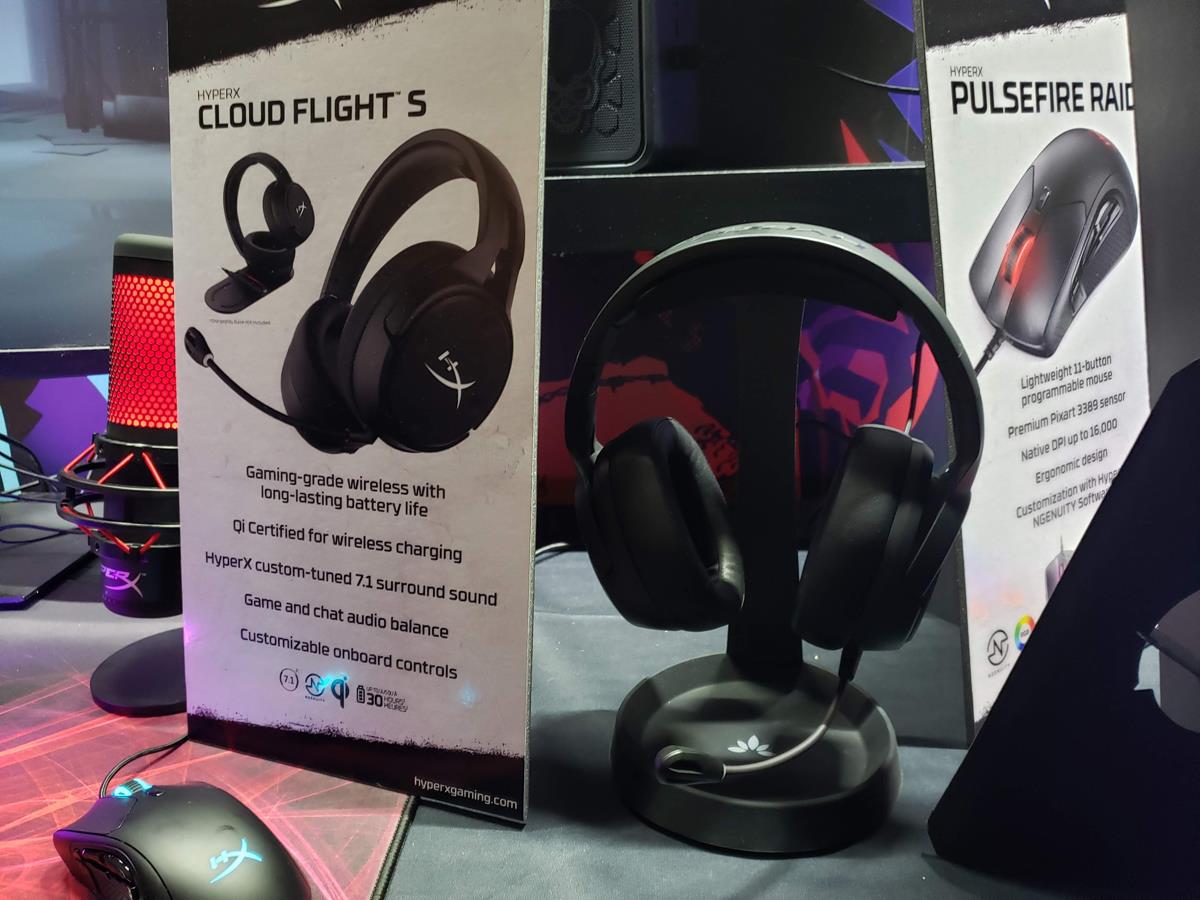 These closed back headphones have a frequency response from 10Hz up to 22kHz with an impedance of 32 ohms. For the mic, it features noise cancellation and has a response of 50Hz to 18kHz.

As far as wireless range goes, the Cloud Flight S will work up to 60 feet away and it transmits wirelessly via 2.4GHz. 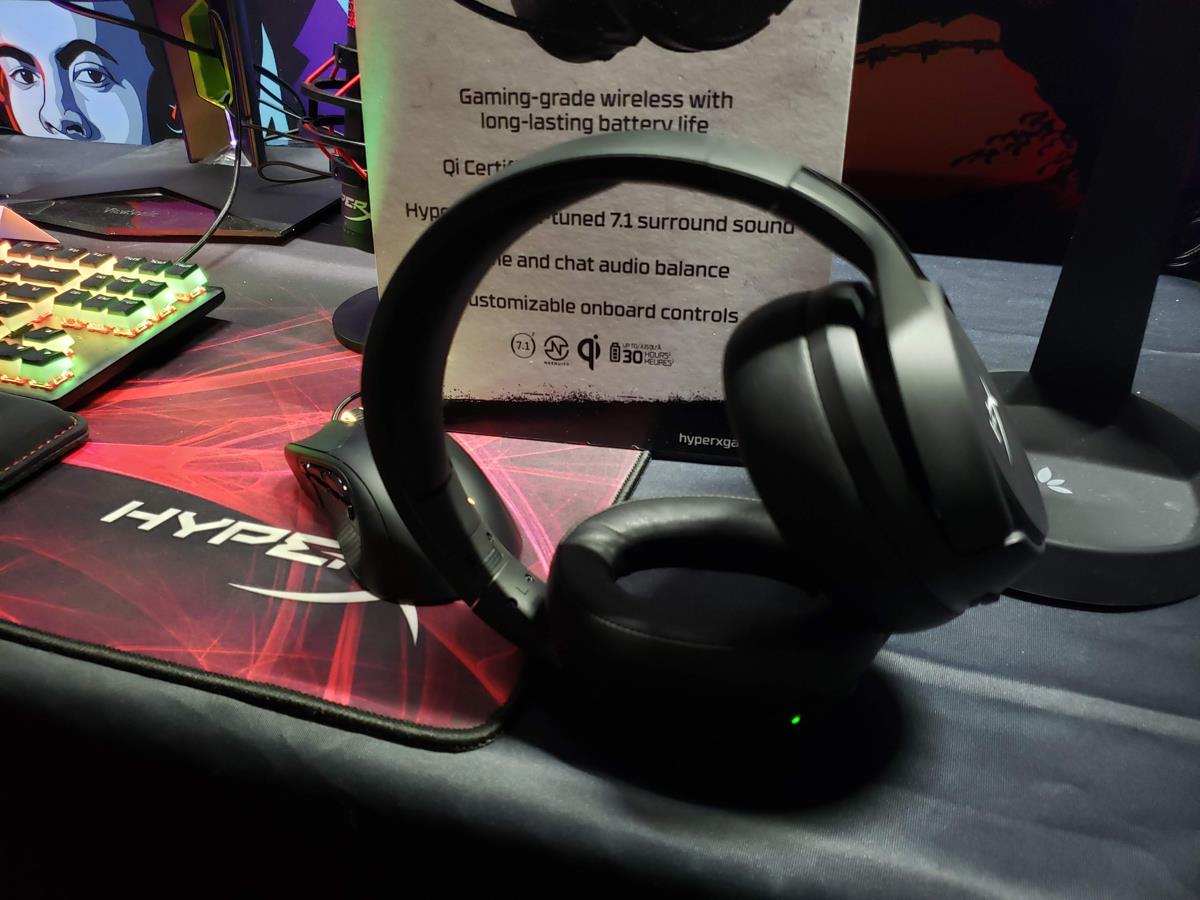 Charging is as easy as setting the flat cup on the side onto a Qi charging pad. From a dead battery, it should take about 3 hours to recharge to full and you should get about 10 hours of usage out of it before having to charge it again.

You'll be able to pick up the HyperX Cloud Flight S for $159.99 starting in February.

Available in March, the HyperX Allow Origins Gaming Keyboard with a new option for keys was shown at the suite. This illuminated aluminum keyboard features HyperX's Aqua mechanical keys that are concave. If you love that clicky sound, these keys are made for you. You need a force of 45g to achieve actuation with a travel of 1.8mm. The keys are rated for up to 80 million keystrokes, which should last you a very long time. 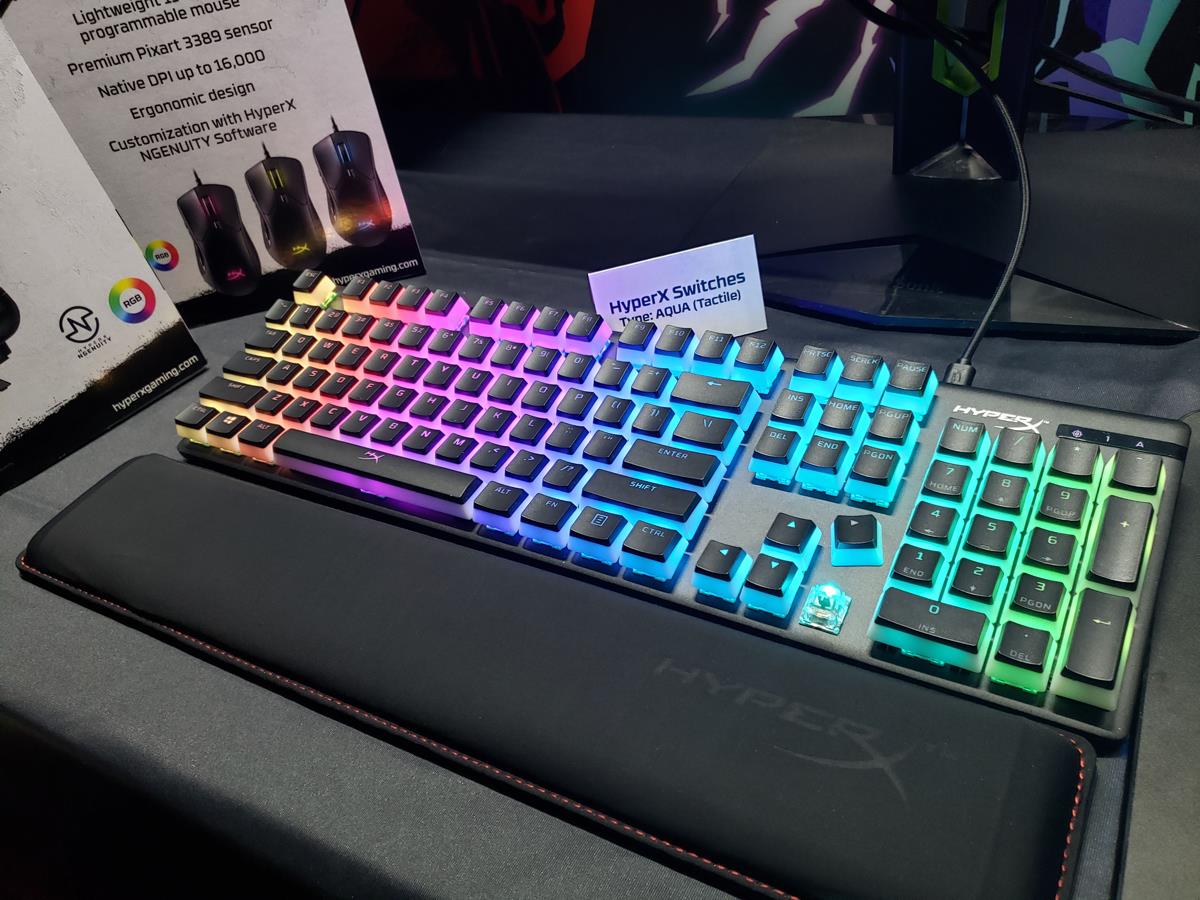 There's RGB illumination with five adjustable levels of brightness.  It's got three adjustable angles and a removable 1.8m USB-C to USB-A braided cable which means if you have a USB-C cable you want to use instead of the included one, you can switch it out yourself. While the keyboard was released late last year, HyperX was showing off the new Aqua key option at the show. This keyboard is available for $110.

To go along with the keyboard, HyperX has the Pulsefire Raid gaming mouse. With 11 programmable buttons, this mouse has the Pixart 3389 sensor with up to 16,000 DPI. There's even some RGB for a dash of color, which you can match with the HyperX keyboard. Coming in at $59.99, you'll be able to purchase the mouse this month. 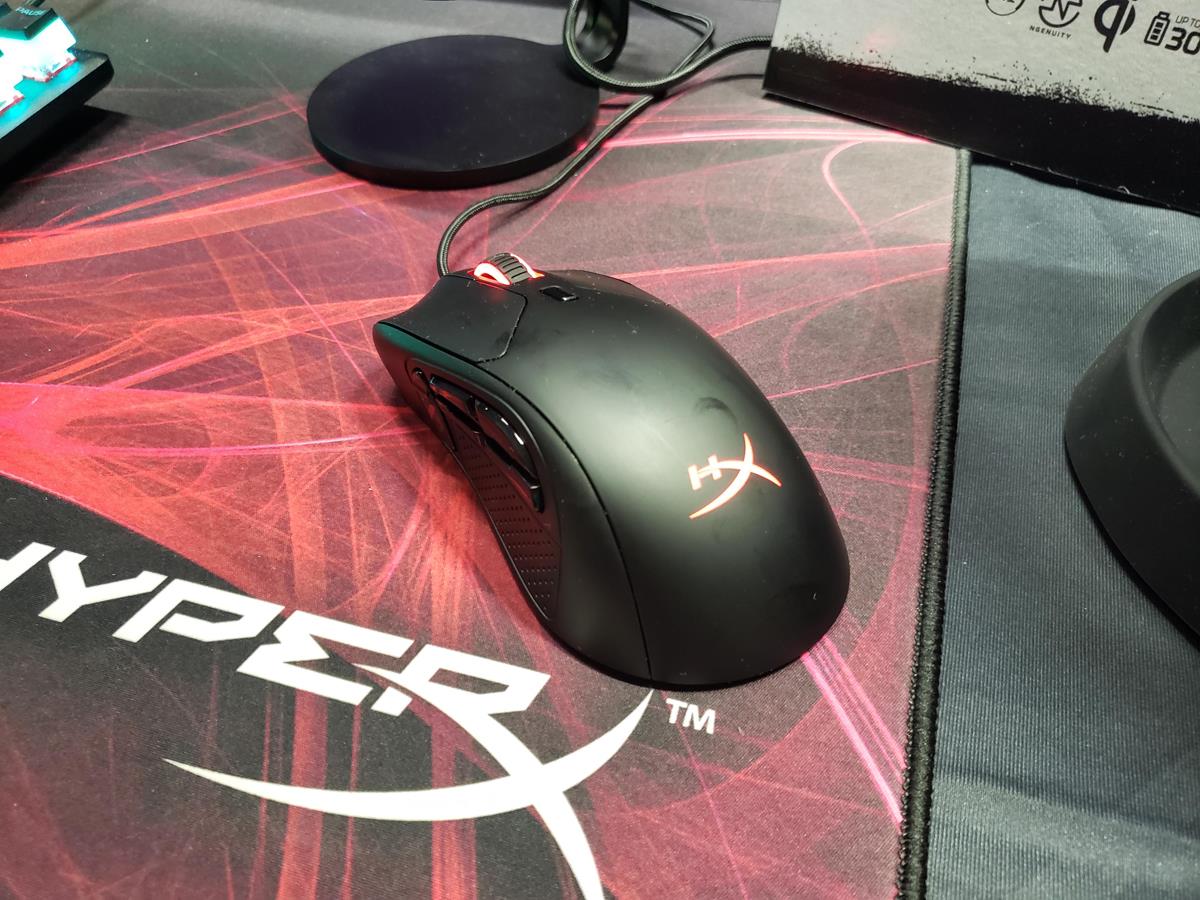 If you need a mouse pad, HyperX has the FURY Ultra RGB gaming mouse pad. As the title suggests, this mouse pad has a 360 light right and light bar to illuminate your gaming area. $54.99 will be the cost and it also comes out this month.

Need some memory for your computer? HyperX will be offering DDR4 modules running at 3600MHz and 3733MHz. The FURY DDR4  is a cost effective line of memory and for those that want RGB, there's also the FURY DDR4 RGB. You'll be able to grab them in 8GB and 16GB modules starting at $70 and will be available this month. 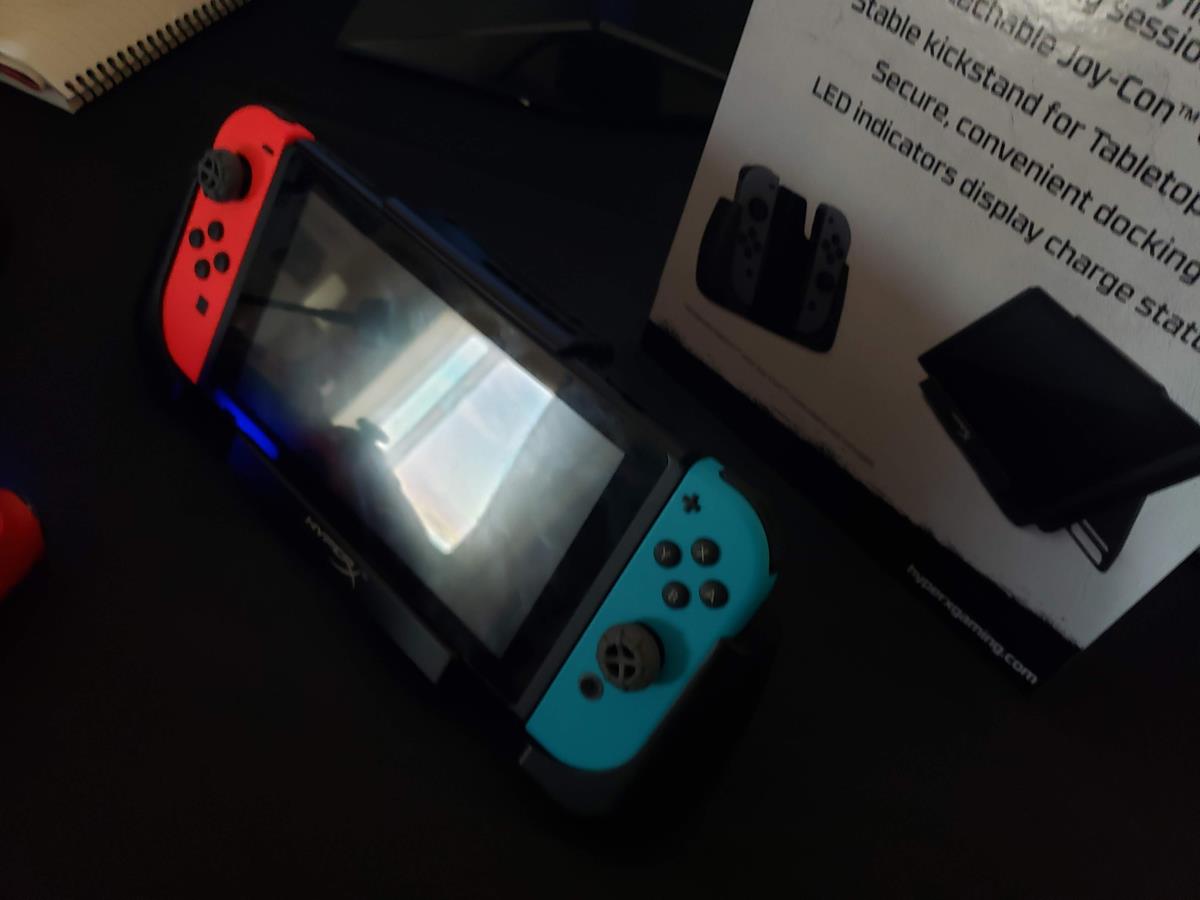 You can also connect the two grips together so you can have one console style controller. The two halves are held on by strong magnets and they took a good pull before they came apart so they should stay together in your hands.

It didn't take long to take it apart and put together. We're talking roughly 30 seconds or so. 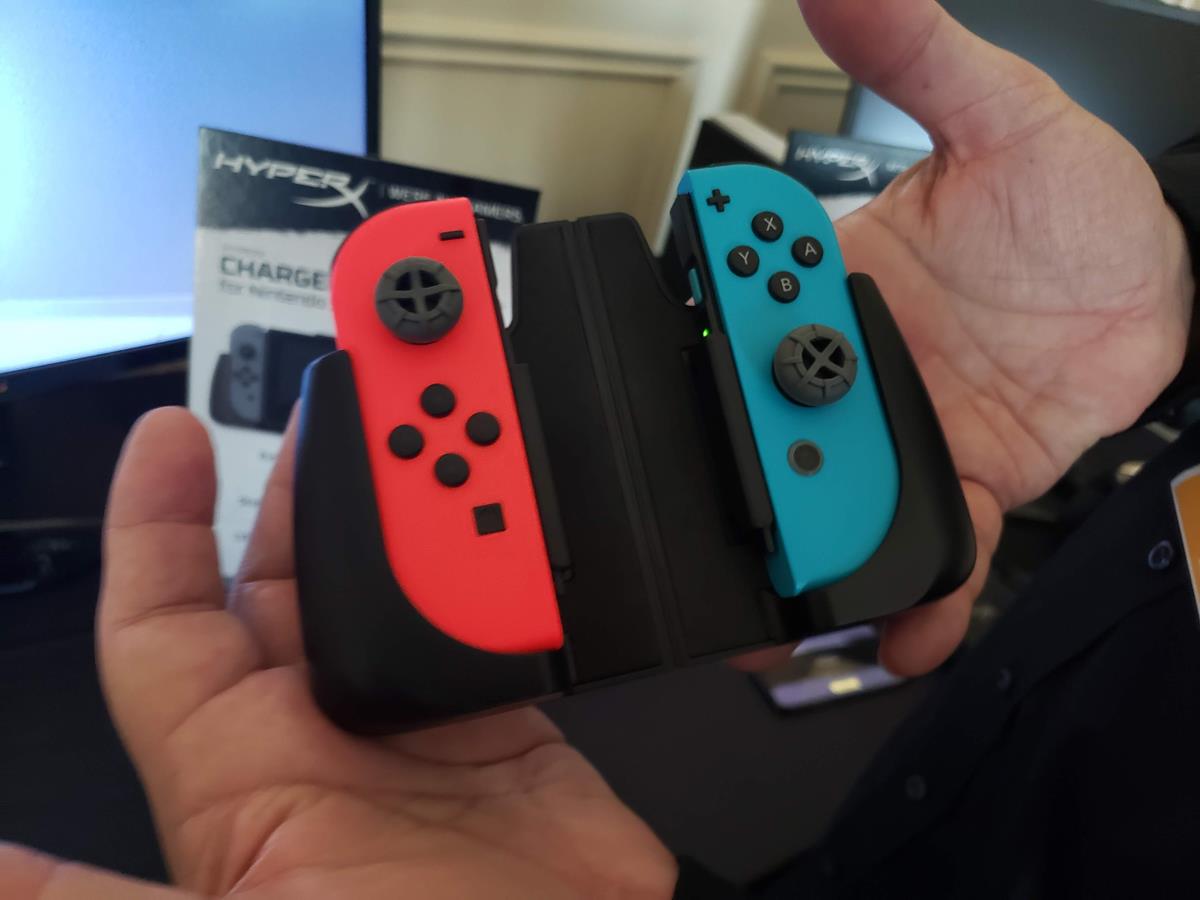 The ChargePlay Clutch for Mobile has a 3000 mAh battery that can be recharged via a Qi charger. If your phone has wireless charging, just sit it in the Clutch, put a battery on the back, which by the way is attached by strong magnets and is easy to change out, and get more juice to your phone as well as comfortable grips when gaming.

The Switch ChargePlay Clutch is out this month and the mobile version is out in Q2, both retailing for $59.99.